If the lockdown has got you thinking local for you next holiday, then try Southland. And take this book with you. 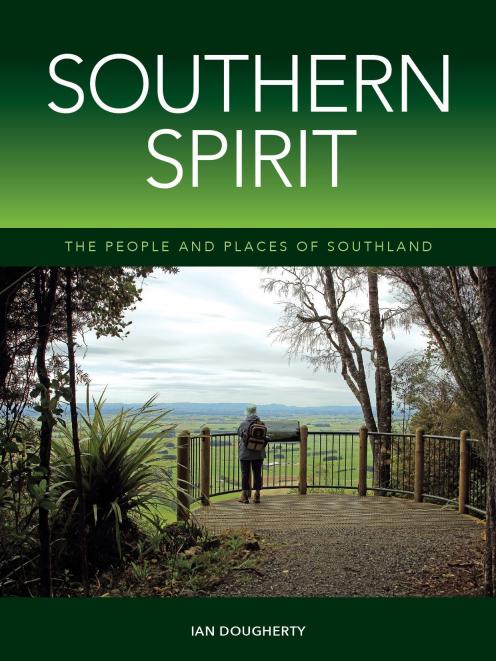 Southern Spirit is not a travel brochure. It is far too well-written and free from blurb writers’ cliches to descend to that level. Instead, historian Ian Dougherty has merged his knowledge of the past and keen eye for Southland’s present to produce an affectionate but accurate view of this much-maligned province.

Many of the items which contribute to the spirit of the South you will know, but many will be new. What makes this compilation special is a writing style which is informative without a textbook pedantry, a range of illustrations which includes the unexpected (have a peek at John Husband’s painting of Lucky, the railway crossing keeper), and a choice of topics which takes a wider view than the traditional travel book.

For instance, the Southland “burr” is given sprightly coverage in a two-page spread which happily combines the academic and social views on the phenomenon.

It takes a special kind of literary imagination and alliterative ability to label the chapters as Form, Flora, Fauna, Food, Folk, Fascinations, and Fun. (Another “F”, farming, pops up in most chapters and how rural Southland has expanded, adapted, produced, and usually prospered underlies the stories being told).

Within those headings you will find most of what fascinates about Southland. The Fiordland scenery; the aeroplanes at Mandeville; the vehicles at Bill Richardson’s Transport World; the mutton birds; the oysters; a mayor who never stops talking; and whisky from Hokonui.

Southern Spirit gives praise without preaching and is heartfelt without hyperbole.

Southlanders have nothing to be apologetic about, despite the much quoted, cretinous slurs of one pop group guitar basher and the Australian visitor in 1869 who shuddered with melancholy as he surveyed Invercargill.  Neither that visitor nor Keith Richards of the Rolling Stones have been able to dent the enthusiasm of the locals for their patch.

A postscript gives a resume of a couple of Southland institutions, the Murrell family Grand View House at Manapouri and Fred and Myrtle Flutey with their paua house lounge at Bluff.

The quality of the Invercargill-produced design, photo reproduction and printing is something Southland can be proud of.

In fact, Southern Spirit may make you wish you were a Southlander, for what more could such a book hope?