Wallander probably not off case yet 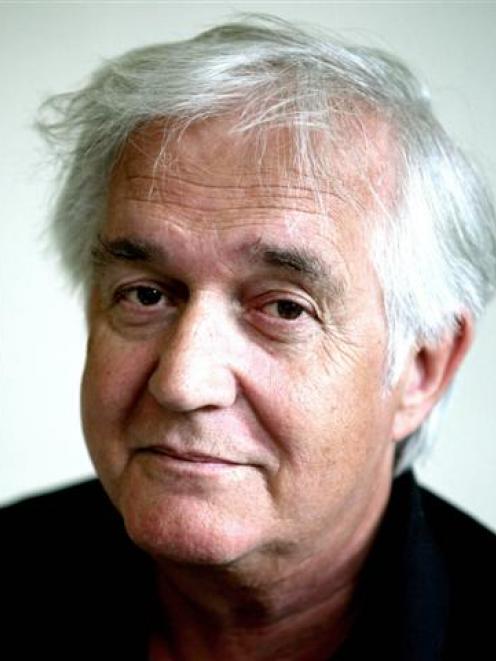 Henning Mankell.
Henning Mankell has given his latest - and could it be last? - Wallander novel the tantalising title The Troubled Man. Who is the troubled man?

"I can think of at least three candidates," says Mankell.

There's a fourth candidate "if you count the author", Mankell (63) adds with a dry chuckle.

"The writer is a troubled man about what happened in the Cold War."

Kurt Wallander, the rumpled, harried, imperfect protagonist of the novels, is always a candidate.

In this one, he faces age, mortality, the final falling-apart - and a huge, ever-unravelling mystery, pulling in himself, his family, and the recent political history of Sweden.

The troubled man could also be Hkan von Enke, a retired navy commander. He's the father of the man living with Wallander's daughter, Linda - and also a pursued man, always looking over his shoulder.

When first Hkan and then his wife, Louise, disappear, the fatal machine starts moving. Even though he's suspended from police duty at the moment, Wallander is pulled into the investigation.

Hkan may be paranoid, but sometimes paranoia is reasonable. Sometimes the bad guys are coming to get you. This truth plays out in the larger scheme of The Troubled Man as it takes on two shadows over Swedish history and politics.

The first is the scandal of Russian submarines supposedly sighted off the coast of Sweden in the 1980s.

"There were no subs, or if there were, they were American, not Russian," Mankell says from his home outside Gothenburg, Sweden. In Mankell's view, "We were told something that wasn't true - this charade of neutrality, when Sweden was never neutral. We have always been complicit."

After finishing The Troubled Man, some readers have felt that the United States comes off as worse than the Soviet Union. But what hurts Mankell most, he says, is the lie Sweden told its people. That scandal still reverberates in Swedish politics today.

"Only now are we facing it in our social discussion," he says.

"We most probably will never find out what really happened," Mankell says, "as with Kennedy in the United States."

The Troubled Man begins in Palme's office. Palme is, indeed, troubled over what he discovers about his government.

Cold War anxiety, and more, will come round to bear on Wallander's quest.

(Another Swedish writer, Stieg Larsson, tapped similar dark anxieties in the climax of his Girl With the Dragon Tattoo series.)

"I was a teen in the 1960s," he says. "In Sweden, that was a time when the doors opened to the rest of the world, and we realised many people didn't live the same way as we do."

He protested against the Vietnam War and worked for social and political causes on the left. (His unapologetic politics, less than The Troubled Man, were the target of a recent acid review by Michael C. Moynihan of the Wall Street Journal.)

The 1960s led young Mankell to look beyond Sweden.

"I wanted a perspective outside European egocentricity," he says.

Through what he calls "a complicated story", he lived in Norway, then went to Africa. Eventually, he became the artistic director of the Teatro Avenida in Maputo, Mozambique. He lives half the year in Africa, half in Sweden.

Wallander faces that condition, along with personal challenges as well as forensic.

"When one reaches the age of 60," Mankell says, "for many people, there comes a need, an urge to look backward to see what you have done with your life.

"That can be scary. Everybody has dreams, and many see they have lost their dream, were too lazy, or something happened that prevented it. One also realises that he hasn't looked upon himself as a political animal, hasn't been interested in what has been happening in society. Now Wallander has to face it - the hypocrisy and lies about Sweden's neutrality in the Cold War."

Can this really be the last Wallander book?

"Well, I didn't make the mistake Arthur Conan Doyle did, a very stupid thing, of killing off Sherlock Holmes and then having to bring him back," Mankell says.

"But it would be difficult to write any more about Wallander, in the sense of writing about a man doing work as a detective. In that way, it's the end. But if Linda comes back, maybe he would come back, too, in the background."

Mankell has focused whole novels just on Linda, as in 2005's Before the Frost, and "I might do that again."

Many know Kenneth Branagh as Wallander, and Mankell is a big fan of the TV versions of his novels.

"I like them very much. In a very intelligent way, they have purified the story, made it more like an ancient drama. I was speaking to Kenneth recently, and he was very happy about it."

Then, a revelation: "There will be more. I think I can reveal there will be three more, at least."

What does he think of the interest in "Nordic noir"?

"I see it as a big coincidence, really," he says. "In the 1970s and 1980s, we had one great tennis player, Bjorn Borg, and then suddenly a lot of them. So with novelists now.

"One day," Mankell says, "you'll have something else going on in the world. You always do."