Weighing up the alternative 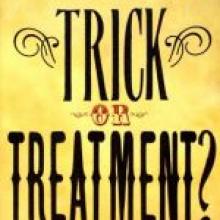 If responsibility for the production of this book could be laid at the door of any one person, it would probably be HRH the Prince of Wales - the writers virtually say as much.

It would appear that HRH is sympathetic to the claims of Complementary/Alternative Medicine (CAM) but, quite reasonably, says that as millions of pounds are spent annually on the product it would be good to know if people were getting value for money.

The writers rise to the challenge in this careful review of the many claims made for CAM, either in the forms of diagnostic gadgetry or physical procedures, such as acupuncture and chiropractic, or medicinals, such as homoeopathy or herbal remedies.

The authors point out that the claims of any method of treatment can, and should, be tested using rigorously designed trials, placebo-controlled and double-blinded so that neither patient nor therapist know which treatment is being used until the completion of the trial.

New, mainstream, pharmaceuticals must go through the process before being approved by the drug regulating agencies.

Promoters of snake-oil for almost any common condition you could name bypass the process.

However, the claims of homoeopathy, based on an early inspiration by a German physician named Hahnemann in the late 18th century, have been tested.

Basically Hahnemann, who was in practice at a time when relatively few people survived the treatment of many diseases, postulated that drugs that mimicked the symptoms of a disease, such as Jesuits Bark for treating malaria, were curative when used in great dilutions for such things as fever.

The idea caught on and forms the basis of homoeopathic remedies to this day.

Incidentally the writers offer the derivation of the word drug from an alleged Swedish word druug for a dried plant.

There is no such word in Swedish! However droog, in Dutch, refers to the drying of medicinal plants.

The testing of a number of claimed homoeopathic products has now been done and all have proved worthless - an interesting conclusion when one is aware that Ernst is himself a former practitioner of homoeopathy.

This brings the writers into the sphere of the placebo effects of various treatments.

This is the well-known feeling of improvement experienced by many patients with any treatment and is non-specific and probably coloured by a psychological expectation that the agent is working.

Acupuncture has also been tested and, with the possible exception of some benefit for back pain and nausea, is ineffective for a wide range or conditions, from migraine to constipation, asthma and so on.

The philosophy behind the treatment rests on ancient Chinese ideas of meridians carrying some sort of life force and specific for certain organs across the body.

Chiropractic, with its unitary hypothesis of spinal subluxation as a cause of almost all complaints, was put forward by its prophet D.D.Palmer (born 1845), in the late 19th century.

Chiropractors now number in their thousands in many countries and have training institutions and degrees.

The authors identify straight practitioners who have not moved away from the Palmer principles and the mixers who defer to mainstream medicine for some conditions.

The liberal use of X-rays is condemned by the writers as producing unnecessary cancer risk.

Herbal remedies are dealt with and, as is well known, many agents now used in mainstream medicine owe their origins to herbal remedies, one thinks of digitalis (from foxglove) for heart failure, morphine, artemesia, for malaria, aspirin and others.

However, traditional herbalists will tout a great many remedies for which there is no, or at most very doubtful evidence of benefit.

There is also a word of warning that some herbal remedies may interfere with standard treatments.

Jargon words, such as natural and holistic, are used to give some sense of reassurance to patients but, as pointed out, many natural herbs are highly poisonous, when used singly or in combination.

In summary one can say that this eminently readable book should be a reference source for anyone contemplating going down the alternative medicine road, and certainly essential reading for medical practitioners, and students, so that they are aware of what about 50% of their patients are throwing their money at.

- Ted Nye is a retired physician.