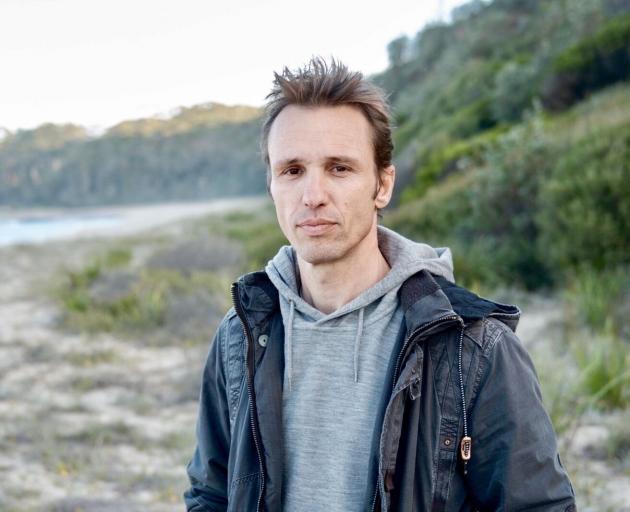 "Second album syndrome" is a threat that hangs over many artists.

Also known as the "sophomore slump", it begs the question: when your first album/book/movie/television show has done so enormously well, how on earth are you going to top that with the sequel?

While The Book Thief was not Markus Zusak's first book, it is the Australian author's biggest success to date. The story of Liesel Meminger blended a bleak concept - Death narrating the going-ons of an Austrian town during World War 2 - with a sprinkling of hope.

Since its release in 2005, it has sold more than 16million copies worldwide and been adapted into a film. It's something Zusak never saw coming.

"The challenge of that book was always this idea that `no-one's going to read this book'," he recalls. "Who wants to read a book that's narrated by Death? Had I known how many million people would read the book, I wouldn't have written it the way that I did."

Never again could Zusak write with that in mind, but with success comes fans, and with fans come expectations. Hopes were high for whatever Zusak produced next, but with a worldwide audience waiting for his next masterpiece, how could he possibly meet their expectations?

Of course, the anticipation may not have been so high had it not taken Zusak 13 years to write his follow-up. Bridge of Clay was easily one of the most anticipated novels of 2018.

It comes in just over 600 pages, with a cast of characters that spans continents and time periods, and it's perhaps unsurprising the novel took Zusak so long to complete.

It was a book he started in his early 20s, before he even conceived the idea for The Book Thief, but the central ideas in it proved so fiddly he kept putting it aside.

"I just had this image of a boy wanting to build a bridge and wanting to make it perfect. When you've got a character striving for perfection in a story, you feel you have to achieve that in the writing as well," Zusak says.

That boy is the titular hero Clay, but his journey stretches well beyond the bounds of this teenage boy in suburban Sydney.

Clay is one of five brothers; his mother has died, his father has vanished, and their presence in the Dunbar household has been replaced by a menagerie of animals.

With so many characters, the struggle to perfect the story and do justice to each individual weighed on Zusak.

The idea was put aside, but after The Book Thief, Zusak struggled to think of any other ideas and Clay and his bridge was all that he had left - now, with the added fan base and critical and commercial expectations that came with a bestseller.

While The Book Thief had the challenge of seeming unreadable, Bridge of Clay had the opposite challenge.

Zusak knew people were going to read this one and it presented him with a conundrum: did he write a book to please those people or write it as it must be written? He says he eventually had to cross a line and accept he couldn't please everyone.

Bridge of Clay is a story of family and friendship, one of hope and expectations, one that unpicks the very nature of stories and being, how the past has power over the present.

"I found myself really drawn to these stories, telling our origins further back than where we are now," Zusak says, reminiscing about how his parents (European migrants to Australia) used to tell him stories around the dinner table.

It's a habit Zusak passed on to Clay and Penelope, the Dunbars' mother. She is a frequent storyteller, with her life in Austria during the Cold War and eventual escape a powerful influence on her son.

While Zusak and Clay are both the fourth-born in their families, that is where Zusak draws a line between the two. He says Clay is much "tougher" with a rougher childhood and excels where Zusak naturally struggles.

"Whatever bits and pieces of myself that I put into him, they're just spare parts of me that make him function. He's a character within himself."

Zusak definitely makes Clay suffer, often at the hands of his three older brothers and others from the neighbourhood. A memorable scene early in the story sees local boys take bets on whether Clay can run a lap around the local track, with other boys positioned to try to stop him as roughly as possible.

The brutal imagery feels pertinent to the current climate, touching on elements of toxic masculinity. Yet that's just another side-effect of how long it took to write the book; Zusak says exploring that particular theme was never his intention.

"Five brothers together - there's going to be some toughness. There are a lot of tender moments between the brothers as well," he says.

"In hindsight, I wanted to write boys not only how they are, but how we want them to be."

While a lot has changed during the past 13 years, the need to promote his books has not.

Zusak is back on the festival circuit, which includes a visit to the Dunedin Writers & Readers Festival.

Meeting people, talking about the book - that all means having to address those expectations. Bridge of Clay has similar elements to The Book Thief, but the grander scope, coupled with a more lyrical prose, equates to a much different beast.

"I think I reached a turning point halfway when I thought `I'm writing this book for Clay now, I'm writing it for Penelope, I'm writing for that whole family'," he says.

"I know it sounds preposterous, as these are people who don't exist, but this is why I became a writer in the first place. That moment when you're reading a book and you know it's not true, but you believe it when you're in it."

Marcus Zusak will appear in Dunedin as part of the Dunedin Writers & Readers Festival (May 9-12). He will take part in two public sessions: ‘‘Gala Showcase: Distracted’’ at Toitu Otago Settlers Museum on Friday, May 10 at 7.30pm, and in conversation at Otago Boys’ High School Auditorium on Saturday, May 11 at 8.30pm.