Clooney calls Jackman at 2am over sexiest man title 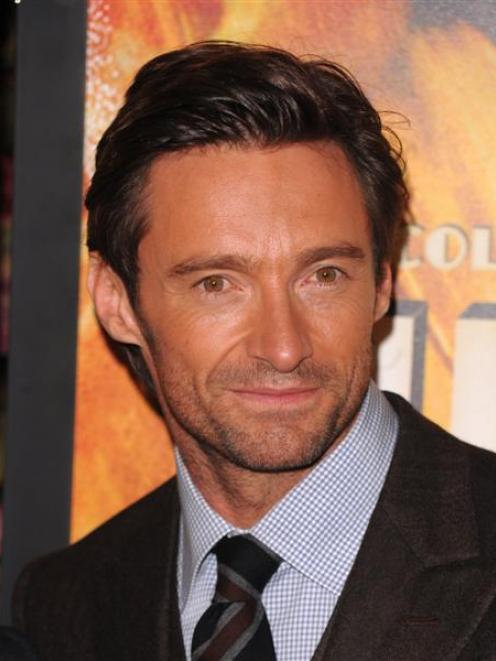 Jackman is not sure if Clooney was up to his usual prankster ways or is jealous.

Clooney is a two-time Sexiest Man Alive winner and has successfully campaigned for Ocean's Eleven mates Brad Pitt and Matt Damon in the past.

Jackman said he was asleep a couple of nights back when his phone rang at 2am and Clooney was on the line.

"I was half asleep and I said to him, 'Ah, George sweetie, good to hear from you'," Jackman, with a hint of a smile, told People magazine at Monday's US premiere for Australia in New York.

"He goes, 'Shut up Jackman, I know what you did. You started this big campaign that's been going on and you took the title away from me'."

Jackman has also had a tough time with friends and family since being anointed Sexiest Man Alive.

He said one of his Aussie mates emailed him to say he had tennis racquets sexier than the actor.

To Jackman's amusement his eight-year-old son, Oscar, thought the title was a bit of a joke, and his father, Chris, is a little uncomfortable about the tag.

"My old man travelled over with me and we landed in America ... and all of a sudden we were stopped at the airport and saw the Sexiest Man Alive magazine and everyone is talking about it," Jackman told People.

"My father found it really uncomfortable.

"He said to me, 'I can't really talk to you about being sexy. It's a little weird'.

"Mind you, I'm still waiting for the birds and the bees pitch from him. That hasn't happened either."