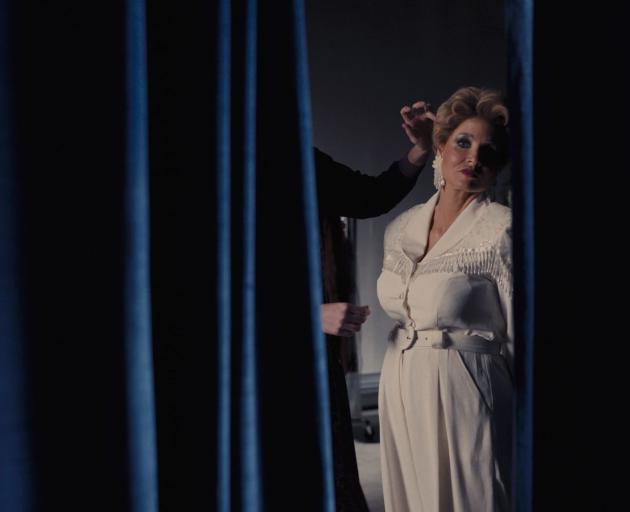 In the mid-1980s, Christian televangelist Tammy Faye interviewed Steve Pieters, a gay Christian minster with Aids. Their tearful, televised discussion about sexuality, coming out and HIV stigmas is poignantly re-created in The Eyes of Tammy Faye.

"That conversation was why I really wanted to make the film," says Jessica Chastain, who plays the eccentric talk-show host, author and singer in the film.

"Tammy was such an open, beating heart. In a time when the government wasn't even acknowledging Aids, here's this woman with this huge platform not only talking about how we need to wrap our arms around those that are struggling with this illness, she also was very curious about what it meant to to be a homosexual. She wanted to understand his point of view." 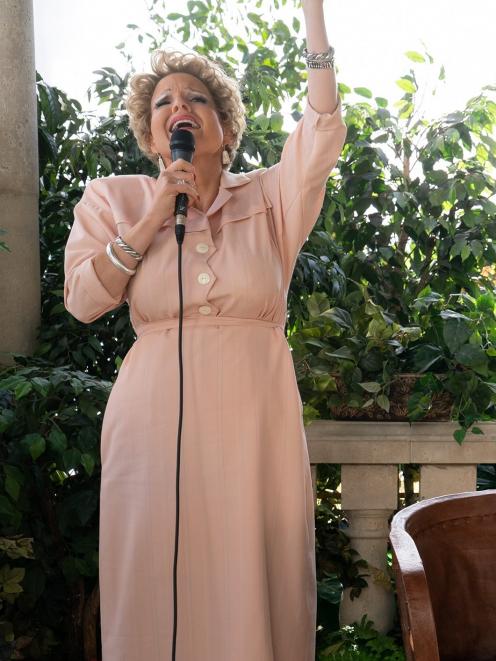 Chastain (44) is almost unrecognisable as Tammy, who with husband Jim Bakker (Andrew Garfield) formed the Praise the Lord Network in 1974. But the couple’s evangelical empire crumbled in 1988, when Jim was indicted on 24 counts of wire fraud, mail fraud and conspiracy.

The Oscar-nominated actress spent up to seven hours in the make-up chair daily having prosthetics applied to portray the ageing Tammy, who was known for her caked-on make-up and garish fashion.

Speaking over Zoom from Toronto, Chastain says of the movie. "I hope they like it and I hope we're introducing this true story of Tammy to a new generation, for her family and her legacy.''

Question: Where did the preparation start to play Tammy Faye?

Jessica Chastain: I got the rights to the story about eight years ago and I didn’t really know how I was going to make the film. I just knew at some point, I was going to play Tammy. So I just started watching her and studying her as much as I could. I worked on the Minnesota accent and also the pitch of her voice, because her voice is so high. In her books, she talked about how much she loved Betty Boop as a child. And I really think when you look at Betty Boop’s eyelashes and her voice and how she was, that was kind of an icon for Tammy and what she based her look off of. And then, of course, singing lessons and watching a lot of religious broadcasting.

Q You and Andrew attended church services together during shooting, right?

Chastain: Every Sunday morning, I’d go pick up the Starbucks and pick up Andrew, and we’d drive to Heritage USA (the site in Fort Mill, South Carolina, where the Bakkers built a Christian-themed amusement park and residential complex in 1978). It’s a new church there now, but a lot of the people were there during the Heritage USA days. It was a really good way for Andrew and I to start the week. It connected us. 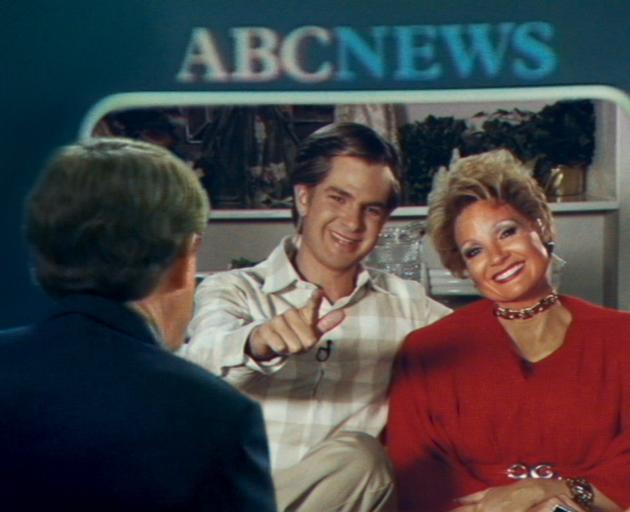 Andrew Garfield and Jessica Chastain as Jim and Tammy Bakker. PHOTOS: SUPPLIED
Q Did anyone ever recognise either of you?

Chastain: Quite early on, a young man recognised Andrew from Spider-Man, and that benefited us because they wanted to talk to us. We were thinking, "Are we going to get in trouble?". We weren’t pretending to be someone we weren’t, but we were hoping to just be under the radar. Then we were lucky to discover his Spider-Man history actually helped get us in some doors.

Q What was it like shooting Tammy Faye’s interview with Steve Pieters?

Chastain: It was very emotional. For me, it was the most important scene I shot. I can even feel the emotions just talking about it. We’re not making a documentary so I didn’t want everything to be the same, but one thing I asked (the costume designer) for is the heart necklace Tammy wore on the day of the interview. We also had Tammy’s family show up to watch (the scene). After I filmed it, I went to meet them and Tammy’s daughter was wearing the same exact heart necklace Tammy Faye wore during the Steve Pieters interview. That was a moment for me like, "Wow, there’s no way you could have planned that. It was some kind of sign that we were supposed to be doing what we were doing."

Q It’s been exactly 10 years since your incredible breakout with The Help, Take Shelter and The Tree of Life. What do you wish you could tell 2011 Jessica now?

Chastain: It’s interesting, because in these 10 years, the industry has evolved and grown so much. The industry I entered into in 2011 — really, when you think about female film-makers, it just wasn’t happening. I had the opportunity to work with Kathryn Bigelow in Zero Dark Thirty early on, but I also saw what she had to deal with in the industry as compared to male directors. I knew immediately there was a massive problem and I made a commitment I was working with a female film-maker every year, in a time when the industry was not welcoming to that.

But now you look and how incredible that at Sundance, Cannes and the Venice Film Festival, female film-makers have won the top prizes. It could not be a more different industry today than it was a decade ago. (Back then), I had some anxiety about getting so much attention so soon and I was worried it was going to burn out quickly. You know, the unknown that everyone is sick of. (Laughs.) So I guess I would just tell myself to keep on the path and support others. I find that when you use your platform to amplify the voices and talents of other people, it really creates a space and an industry for everyone to succeed. — TCA