Film review: I Give It a Year 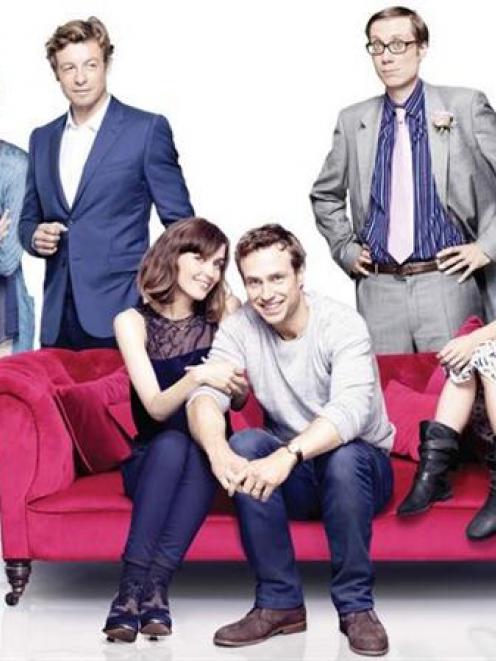 Rom com is a strange term. It is supposed to indicate a movie that is a romance and also a comedy but the vast majority of them are not that funny or romantic.

I Give It a Year (Rialto and Hoyts) is a British rom com that is barely romantic but very, very funny. Nat (Rose Byrne) and Josh (Rafe Spall) meet, fall in love and get married all in the opening credits. The rest of the movie asks if they can make a go of the marriage. Their friends and families are unconvinced.

Nat is an A-type marketing executive who thinks it is cool to have a husband who is a novelist but finds the day-to-day irritation of someone with writer's block moping around the house hard to take, while Josh is the puppy-dog type who cannot believe his luck in landing Nat. They are both prepared to make the effort to make things work but are surprised just how much effort seems to be required. Things get complicated by the inclusion of two people who seem more their type.

Chloe (Anna Faris), who used to date Josh, left to pursue aid work in Africa and is now back in time to mope at the wedding. Guy (Simon Baker), a new client of Nat's, is the over- achiever type she normally goes for as well as being easy on the eye.

Best thing: Olivia Colman as a highly inappropriate marriage guidance counsellor.
Worst thing: Stephen Merchant is funny but this movie shows it only in small doses. By the end, I never wanted to see him in anything, ever again.
See it with: Anyone but that wonderful someone you have just met. It will turn your budding relationship platonic faster than meeting your parents.