So what happened to Tony Stark after Iron Man joined The Avengers and battled aliens? 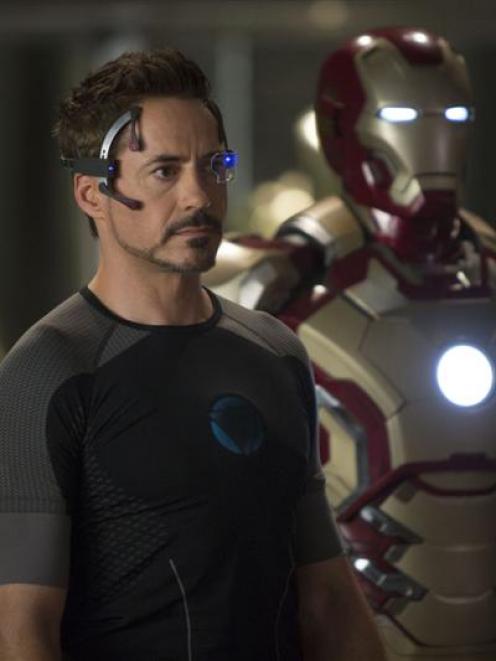 It seems he's had problems adjusting to it all and is having difficulty sleeping - which in turn is affecting his relationship with the delectable Pepper Potts.

Adding to his woes is Ben Kingsley's The Mandarin, the latest global terrorist, who is blowing up innocent people across the US and periodically hijacking TV broadcasts.

Then there's the reappearance in Pepper's life of a colleague, Aldrich Killian, who's scrubbed up better since she saw him last and appears to have some super-duper technology she, as the head of Stark Enterprises, might want to invest in.

And what is Pepper to make of dreamy botanist Dr Maya Hansen, a former lover of Tony's, who says she's working for Aldrich and believes he's aiding The Mandarin?

Fans of the 2008 film Iron Man and its 2010 sequel will be waiting with bated breath to see what the genius billionaire in the red-and-gold flying suit is up to this time.

The good news is, Downey is still on song as the slyly sardonic Tony Stark, but this time imbuing his character with a different kind of vulnerability.

But what makes Iron Man a hero you can empathise with - despite his wealth, good looks and superhuman intelligence - is Downey's willingness to take a fall for the sake of his humanity.