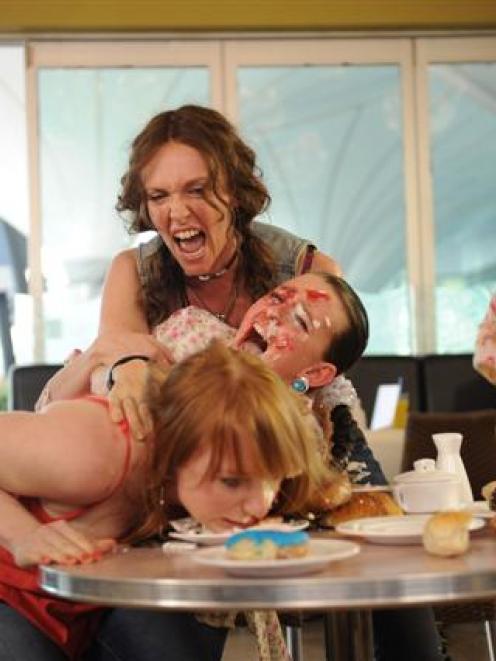 It has been a long time since Muriel's Wedding, but director P.J. Hogan is back on the Queensland coast with Toni Collette, re-examining his odd childhood.

In Mental (Rialto and Hoyts), Collette is Shaz, a Mary Poppins for a more jaundiced age

When Shirley has a breakdown, Barry picks up a hitchhiker to look after the girls. He reckons she must be all right because she has a dog.

Shaz is far from all right, but she is the sort of crazy this family needs to kickstart it back into action.

Shaz is based on the person Hogan's dad enlisted to tend for his family when his wife was committed, and she is such an extreme character you know that she could never be invented.

Mental illness is a difficult subject and Hogan has been surrounded his entire life by people with clinical problems. This gives him a lightness of touch. He is able to present it as serious, yet also as just a part of life's rich continuum.

You might not want to invite Shaz into your home for an extended stay, but safely contained in a film, she is hilarious company.

Best thing: The acting is top-notch but Liev Schreiber is an unexpected cracker as an Aussie shark wrangler.
Worst thing: If you are in any way prudish there are parts of this that will have you pulling a lemon-sucking face.
See it with: Fans of Muriel's Wedding.