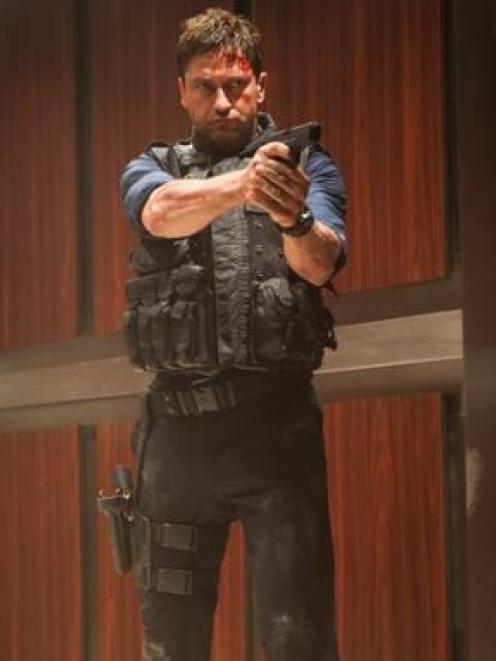 Most movies have a long lead-up time. Olympus Has Fallen (Hoyts) made the lucky choice not to have the usual Arab or Russian villains in years past.

Instead, director Antoine Fuqua was intrigued by the mysterious nature of North Korea, deciding the country is such an unknown, audiences would think it capable of anything. His hunch has paid off with a topicality that is a publicist's dream.

Another unexpected consequence is that the real North Korean Government seems delighted to be chosen as a credible invasion force and is showing its people clips from the film of highly trained North Korean suicide troops attacking the White House.

Which only goes to show real life is far stranger than fiction.

The movie at the centre of the controversy is, in fact, your standard action thriller. Mike Bunning (Gerard Butler) is the best secret service man on the president's detail, but is moved to a desk job after an accident, which, as luck would have it, leaves him out of the loop when the White House is attacked by those fanatical North Koreans.

Mike drops his paperwork, runs to the White House, and, as a one-man execution squad, takes it back - one dead North Korean at a time.

Best thing: It's childish, I know, but it is always fun watching the White House get blown up.
Worst thing: The North Koreans may find it credible but everyone else is rolling their eyes at military plot holes that even civilians can pick.
See it with: John Key: it might get going to war against North Korea out of his system.