Audience members have to be kept apart and stay seated. Conditions are not conducive for live music but Dunedin performers and venues are keen to keep the vibe alive. Grant Miller reports.

Guitars were silenced, microphones switched off and amplifiers unplugged.

Cafes put up the shutters.

Like everybody else, musicians had to contend with profound disruption resulting from New Zealand’s response to the Covid-19 global pandemic. The current rules — restaurant and bar patrons must be seated and separated, customers are moved on after two hours and gatherings must not exceed 100 people — are unhelpful for fostering atmosphere.

For musicians and venues, the impact of restrictions may linger, because officials are mindful social gatherings produce ideal conditions for the virus to spread.

But musicians have not been idle. 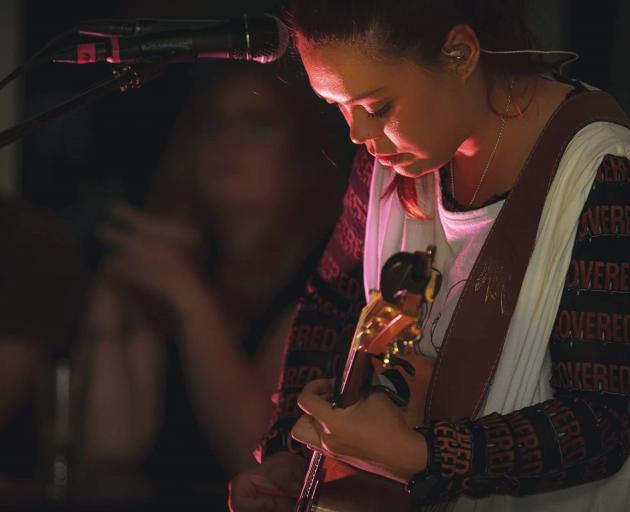 Julian Temple Band frontman Julian Temple says the group used to have a busy touring schedule and it was a shock to the system when gigs dried up.

His lockdown in Dunedin was a ‘‘forced slowdown’’ and he realised he needed to be resourceful.

"I’ve never actually had a home-recording facility. I had to sit down and set one up."

The alternative rock band is working on its seventh album, due to be completed this year, and the lockdown was a chance to refine demos.

Temple says musicians are worried about the viability of music venues and festivals.

"Will there be anywhere for us to play when this clears up?"

Some gigs are going ahead, however.

The Julian Temple Band played at an event last week in support of Dunedin cafe, bar and music venue Dog With Two Tails.

A dozen acts performed. The concert was streamed for people to view as part of a Booster fundraising drive.

"I’ve got no doubt the people want the arts to continue," Temple says. 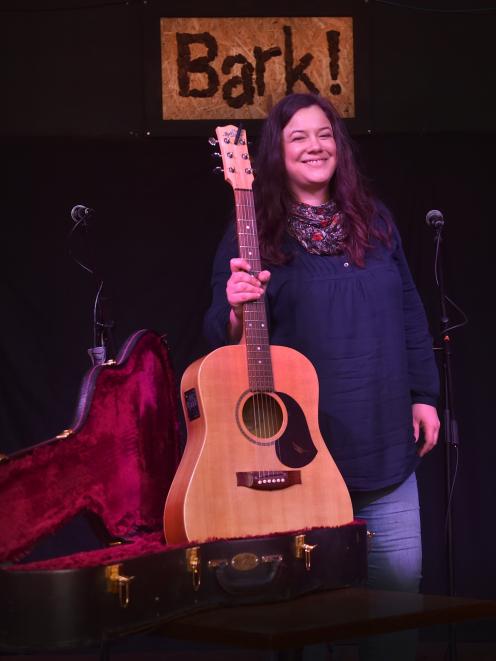 Jo Little organised a concert to help raise money for the Dog With Two Tails music venue in Dunedin. Some musicians played on the Bark! stage and others performed at home. PHOTO: PETER MCINTOSH
Dunedin Mayor Aaron Hawkins says music venues tend to be run as passion projects, rather than money-spinners.

"The performing arts were one of the first sectors hit [by the Covid-19 crisis] and will be one of the last to recover.’’

He says it’s important that the sector endures.

"The creative community is essential to our wellbeing, not just to help us interpret today but to answer questions about what the future holds."

For an indication of the sector’s reach, this year’s cancelled Dunedin Fringe Festival would have involved more than 750 musicians, producers and technicians.

Musicians are battling to make ends meet but people have pitched in to help.

A fundraising effort led by the Fringe Festival raised more than $10,000.

The MusicHelps charity has made emergency grants and has a Givealittle page and Spotify is chipping in.

The Arts Foundation Future Fund raised more than $100,000 nationally and any Booster campaign attracting more than $1000 will get a top-up from the fund.

Dog With Two Tails is part of the Save Our Venues national drive.

The Cook music venue has a Givealittle campaign.

Inch Bar is known as a cosy space and it usually books three to five local music acts a week.

Manager Marama Smyth says the bar is unable to host events under Level 2 but regular performer Oscar LaDell will play the occasional set.

‘‘We hope to be back to business as usual in Level 1,’’ Smyth says.

Zanzibar has plans for ‘‘micro gigs’’.

‘‘We have an outside space and tables can be spaced apart.

‘‘For us, having customers seated at tables and listening to live music is quite normal.’’

DOG With Two Tails concert organiser Jo Little, herself a singer-songwriter, says audience capacity at the venue is much reduced but they pressed ahead anyway.

She finds the creative process cathartic.

‘‘I use songs as a way of healing and moving forward.’’

He is keen to practise and play with other musicians again.

Kylie Price is a popular Dunedin country singer and she loves to perform in her home city.

"Performing is a great way to connect with people and share your life journey with them.

‘‘It’s great to feel the energy of those in a crowd, no matter how big or small it is."

She worked from home for MTF Finance during the lockdown.

Initially, she felt she should be ‘‘super productive ELI when what I needed was the opposite’’.

"I’ve appreciated the time out and relished the time I got to spend with my boyfriend and our cat, Hermione, in our home."

It’s hard to know what the musical sphere will be like for the next 12 months.

"In Dunedin, we are lucky that so many bars, restaurants, cafes and various establishments support live music,’’ Price says.

‘‘I worry for the income that could be lost, not only for musicians but the sound engineers, lighting crew, stage crew and the staff at the venues who take care of us while we fill the space with our music."

With help from sound technicians Dave Craig and James Walters, Price did a few live streams.

"It was a great way to adapt to the changing times, and a really great learning opportunity.

"I found it a little weird, initially, setting up my gear and then singing into a laptop screen."

Price appreciates technology can help people connect, but nothing beats seeing reactions on people’s faces during a performance.

She is a believer in backing what is local — hospitality, tourism, music, sport, retail.

People in Dunedin work together, she says, ‘‘and it’s been obvious during these uncertain times’’.

The Lonsdale St site was shut during the lockdown but Sammes did get out a recording on YouTube.

Dark Side of the Moon is a combined effort with his 7-year-old daughter, Eleanor, and she dances throughout.

Sammes, a mastering engineer, is not sure the lockdown will have been a period of much inspiration for artists, because this can rely on external stimulation, but he is probably about to find out.

Musicians have been beavering away at home and work is likely to filter down to him.

At the University of Otago school of performing arts, music technician Stephen Stedman had to make dramatic adjustments to facilitate remote learning when students could not come to class.

Stedman says survival of small venues is vital for musicians, and preserving places and ways for people to connect aids communities. Music is part of what makes people who they are, he says, and receiving feedback is a core part of the experience of being a musician.

"Everybody’s just itching to get out and play."