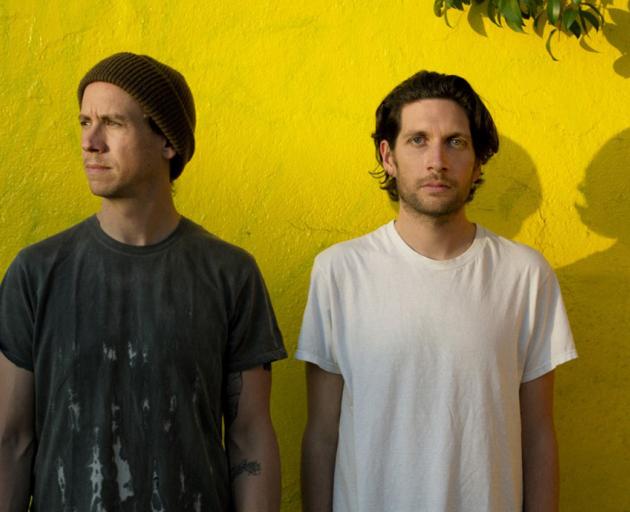 Its latest album, Snares like a Haircut, was released on Drag City Records and described by Pitchfork as sounding "like holding a power saw up to the sun" and that's bang on. It's thick, dense, raucous, exhilarating, but with an experimental bent that suggests it is a band that doesn't care for the rules or worry about the corporate game of musical monopoly.

"I mean it's one of those things where we've never really had much control over that," explains the guitarist half of the duo, Randy Randall, "as in what's popular and what's not popular."

"We enjoy making the music we do, that's the reason we started playing - because we like to play music. The way I see it is, we got really lucky at a certain time and place to have interest beyond our small group of friends.

"I feel really fortunate for everything we've gotten to do so far in our career, but you know there's no guarantee for what's going to happen tomorrow. But we're having fun doing what we're doing here; we're just trying to have fun one show at a time and take it from there."

This relentless authenticity, which embodies the duo's punk spirit, is also reflected in their tour schedule. Alongside the Auckland, Wellington and Christchurch shows they are also playing in Dunedin and Blenheim.

It breaks all the established rules about what big touring bands should do, which is what makes it so awesome.

"I think for us we grew up worshipping bands like Black Flag, who in the States would tour, you know, consistently all the time and they'd play small towns. They kind of created a network of punk clubs and community scenes.

"The idea of playing small towns has always seemed really cool, almost romantic ... So you just go and play everywhere you can.

"I mean I didn't grow up in a big city, I grew up outside of Los Angeles. The little town where I lived, bands never came up there, so I know the feeling of having to travel at least an hour or more to go see bands.

"And Dean is also a huge Flying Nun fan, so I think he'll be curious to get to Dunedin and explore more of the musical roots."

From what I've heard the live show is where No Age really shines. It's one of those duos that sound way bigger than a two-piece has any right to.

"We're working on another record at the moment and so we've been writing new songs. So we thought we'd take them on tour and road test them; so far they've been sounding great, we're really excited."

No Age with Milpool and DIANA, The Cook, Saturday, March 2. Tickets $30 from undertheradar.co.nz