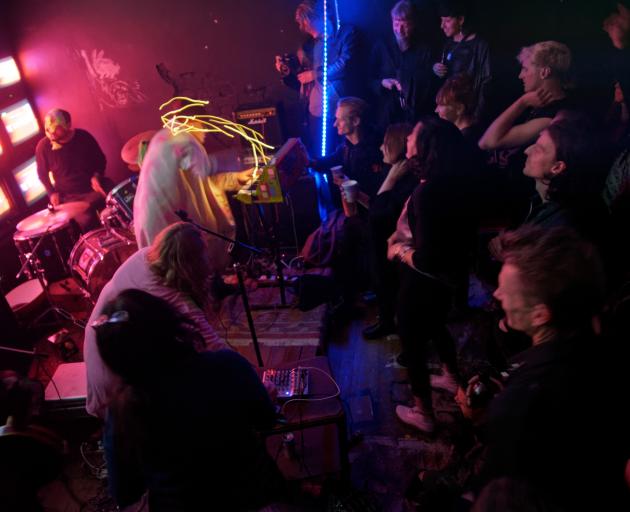 The Futurians play the final gig at None gallery earlier this year. Photos: Fraser Thompson
Here we stand, tentatively poised on the cusp of the roaring ’20s, the perilous ’10s behind us. If this year could be summed up in a single word, it would be "change".

First, in May, was the news that New Zealand’s longest running artist run space None Gallery had been sold to a property developer who had no interest in supporting the local arts community. The building’s fate, as it turned out, was to become a jiu jitsu gym, and thus ended 16 years of artistic exploration.

As the year went on, this trend seemed to continue: we also lost The Attic, and then, just last month, we got news that the basement at Dee’s Cafe and Venue had been declared unsafe by the council and no more events were to be held there until new consent was sought. The cafe remains. 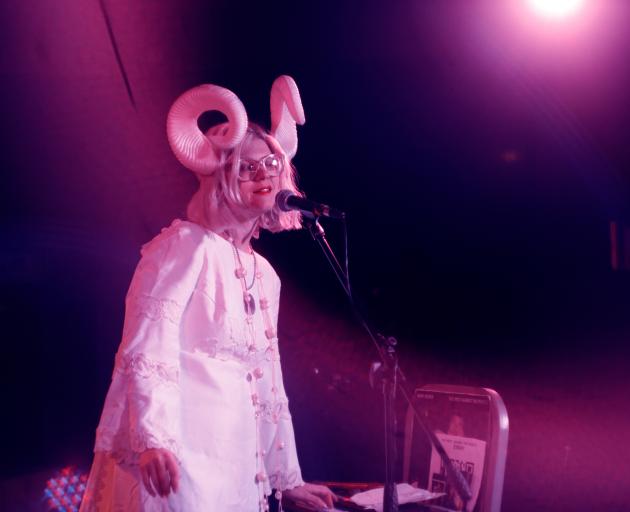 Mary Ocher plays at The Cook.
Thankfully, two pillars of the community — The Cook and The Crown — stand strong. The Cook did lose its downstairs gastropub to a pizza place, but the upstairs venue smells like fresh pizza now, so that turned out all right. Also, Starters Bar reopened under the OUSA. Truly remarkable musical scenes rarely start in pubs though, and the hole left by The Attic and None Gallery is felt.

But that was just the bad stuff.

Dunedin’s rich broth of wonderful music makers continued to churn, froth, boil and simmer like a bad analogy. We got to hear excellent releases such as Repulsive Woman’s debut album Relief, Night Lunch’s blistering debut Double Trouble and loads of great music which remained unrecorded, only heard by those in the room, rooms like Port Chalmers’ Pioneer Hall, where long-running festival Lines of Flight hosted an array of mind-expanding/mind-crushing performances, and cafe RdC, where A Quiet Noise flipped noise on its head. 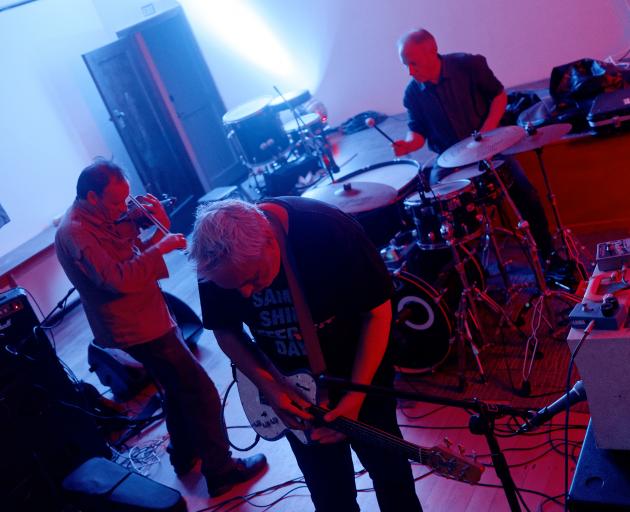 A Handful of Dust play at Lines of Flight in Port Chalmers' Pioneer Hall.
The usual big international names played at the stadium which, I guess, is fine but not as interesting as the smaller names such as Cate le Bon (Wales), Primitive Man (US) and Mary Ocher (Germany) who shared their music with small but grateful crowds in this little town at the bottom of the world.

And we also had a few gems from the ’80s resurfacing, such as Sticky Filth and Beat Rhythm Fashion.

It’ll be really interesting to see which bands considered important in the ’10s or ’20s continue to be remembered in the ’50s and ’60s.

Each year increasingly more good music is created by people in bedrooms and garages and attics. If the corporations we invest in to distribute it continue to do so, future generations will have an overwhelming catalogue at their fingertips. If not, I guess they’ll just have to walk to their local music store and flick through the racks of CDs, which will probably have come back into fashion by then.

I look forward to seeing what 2020 brings us.