The Classics: May 29th 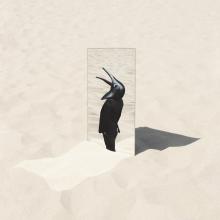 Arthur Jeffes is an English composer who has made music from gravitational waves (collaborating with Nasa). His father, Simon Jeffes,  composed and led the Penguin Cafe Orchestra but died in1997, and this disc is a homage to him by his son’s group Penguin Cafe (formed in 2009). It comprises 12 instrumentalists (strings, piano, percussion), and uses "toys", such as guitars, ukeleles, and glockenspiel. Ambient  soundscapes make dance music that salutes electronica using acoustic real instruments.  It also links with minimalism, folk and jazz in a striking way.

There is a cover of Simon’s Now Nothing (Rock Music), so titled because Arthur literally uses the piano to find the resonant frequencies of a rock placed inside the piano. Franz Schubert was written by Ralf Hutter, founder of Kraftwerk, famous for its Autobahn record. (Arthur’s sound that resembles walking through snow was made by the cellist plunging her hands into a bowl of salt.)

Wheels Within Wheels, the final of nine tracks, shows a neat way to rework Simian Mobile Disco’s electronic music. The other six tracks are all compositions by Arthur Jeffes, making a successful exploration of new musical territory.

Ricercar (an old musical term for the start of a collection of fugues or canons) opens the CD, Cantorum has a long violin melody over an effective repetitive string pattern, while Half Certainty stars an accordion to the forefront of percussion. Control 1 (Interlude) is an effective ambient drone, while Rescue weighs in with a bold repetition of strings building to a repetitive arpeggio surmounted by a bold theme over the top.