Inspired by a bubbly, aquatic-themed aesthetic called seapunk, which emerged in online communities such as Tumblr, he called his project Splash Club 7 after ’90s pop group S-Club 7. 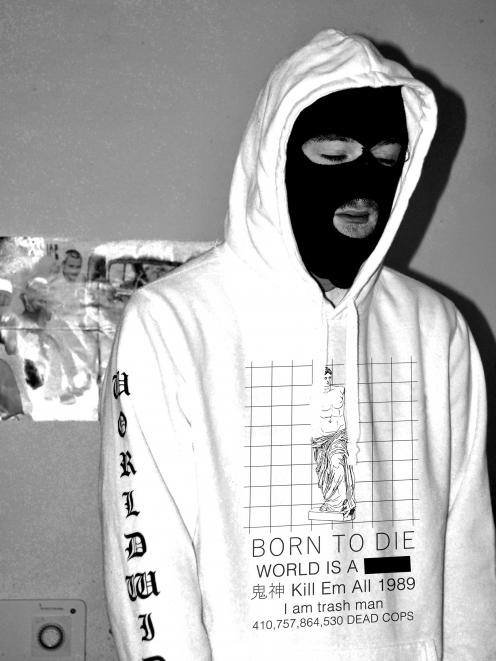 Fast-forward to 2018 and Splash Club 7 has hundreds of thousands of fans from across the globe. But for those fans, Splash Club 7 is synonymous with one thing only, and it’s not music.

I somehow convinced the elusive Ferris Cooler into an interview to try to explain this post-internet tragedy.

"I originally had a music page for Splash Club 7 and I got about 2000 likes somehow," he begins.

He’s referring to a Facebook page, which is a profile made to represent a non-person entity that fans can "like" to receive updates.

"And I can’t remember exactly how it happened," he continues, "but I lost access to that page. So I created a new page and obviously it’s very hard to rebuild likes and stuff so I just posted a few memes ..."

I ask him how many likes he has now.

Actually it’s 153,000 and grows by about 1000 every week. Dozens of my friends like Splash Club 7 on Facebook without knowing who he is, and when I first discovered the page in 2015 I had no idea it was a musician either, let alone that he lived in Dunedin.

The reason for the page’s popularity is obvious: people desire bite-sized pieces of funny content for their newsfeeds - memes are the creative currency of the masses. His are post-ironic, often satirising memetic structures or satirising satire of memetic structures, or simply "celebrating being s***"."

"It’s a lot of effort to get into a certain artist that you’ve never heard of, like you have to make an effort to listen to a whole album sort of thing."It’s a lot easier just to, like, scroll past a meme and be, like, ‘Ha, that’s funny’ and share it."

After his seapunk releases, he started to take on aspects of vaporwave, another internet micro-genre defined by its obsession with ’80s aesthetics and exotic hyper-consumerist imagery. It highlights the hollow promises and "nothingness" at the heart of capitalism.

But that nothingness holds great nostalgia for the millenial for whom the mall, now a dying relic, was the cultural and social centre of their lives growing up. Splash Club 7 takes the depthlessness and superficiality of malls, dance music, trash, and shines a spotlight on it, celebrates it even, with titles such as Late Night Infomercials and Midnight Virtual Plaza.

And then, after half a dozen successful releases, he stopped. His latest release, titled Born To Die / World Is A F*** after a popular meme, dropped quietly in February and is the first since his new page got big.

The factor that unites his music is its ability to evoke a certain, sometimes, undefinable mood and his latest is no different. It feels like drinking cough syrup at 3am: it’s disorienting and nauseating. I ask him why he hasn’t harnessed his new meme audience to help promote his music and he shrugs.

"I dunno ... I was actually thinking of releasing all my music stuff under a different alias."

I ask him whether he’s bitter about it, but he seems more bemused than anything.

There’s a beautiful irony to the story of a musician who made music celebrating superficiality and had his musical identity stolen by something even more superficial than the music he made. I don’t think he’d have it any other way.