Filling 'the spaces between' 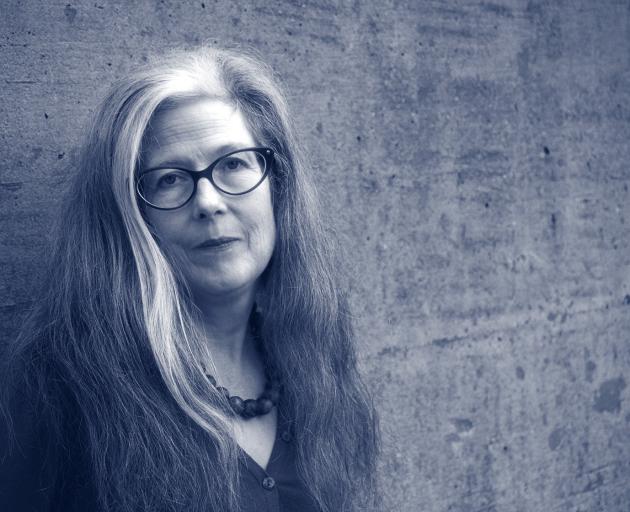 The album floats delightfully on a bed of breezy multi-instrumental arrangements and cunning lyricism. It's a lovely wee record, frank and unpretentious without being trivial, and pleasant to listen to without being boring.

"Four years ago, I never thought I'd make a record and then when I started making it I just put it out there and was like, `Oh, I'd like this to be on vinyl', and oh my god, it is!

"I'm so happy, I haven't seen it yet, I've only heard the test pressing because it's on its way to my house - I'm hoping - as we speak, but, oh my god, you know? I'm really happy with it."

It marks her first release in almost 20 years, time which she spent enjoying and playing music as well as raising children.

"Not to say they get in the way, but they take up a lot of your time, children," she says with a laugh.

Two of those children (now adults) play on the album, and one of them, Gabriel, is the drummer in her live band, The Bus Shelter Boys, along with bassist Mick Elborado, of Terminals and Negative Nancies.

"It's so cool, and Gabriel is just the most amazing drummer, he really is. You've probably seen him in other bands he's in ..."

Gabriel, who is indeed an amazing drummer, is also in experimental art-noise-punk duo Sewage and hardcore outfit Swallows Nest. He and Mick form the perfect canvas for Francisca's expansive guitar lines.

"He, Mick and I; we have a really good time.

"And my middle son, Alexander, he plays on one of the songs, Bones and Lies. He plays mandolin on that song, glide mandolin to be precise."

And the collaboration doesn't finish there. The album also contains contributions from a myriad of long-standing members of the Dunedin underground and semi-underground music communities, many of whom will also be playing at the album release gig at The Cook on Friday.

"Alan Haig [The Chills, Snapper] plays on the song Magdalena and he's going to be playing on the night, and Deirdre Newall [Tiny Pieces of 8], who has the voice of an angel, sings on two tracks so she'll be doing that on the night, and Alastair Galbraith [The Rip] plays guitar and violin on three songs.

"So I intend, with all of them, to play the whole record on Friday."

I asked Francisca what genre she would classify her music.

"One of the photographers at Nowhere [Festival] described us as shoegaze, which was really interesting ...

"I loved when someone explained to me, it might have been Gabriel, many years ago. I said `What is this shoegaze? What do you mean by shoegaze?' And it's because everyone stands around looking at their shoes when they're listening. I just started laughing, I thought that was hilarious, it's so good.

"But I dunno ... rock music? But as you said it's really hard to think these things up ... Weavy wavy poppy rock grunge music gazing at your shoes."

Fans of any of those things won't want to miss the gig on Friday. Opening the night will be Craig Monk (Cloudbody, Lars Von Trio, Heka) performing an Indian raja.

"I like that idea of having all kinds of different musicians doing different things and having them all on the same bill because it is all music.

"Like we played with Astro Children and Jaggers x Lines last year and that was fun, I loved that show.

"I think it's really really healthy to widen your musical horizon. You can't just go `I don't like that kind of music', because well ... just listen to it."

- the spaces between album release, Friday January 25, at the Cook. Tickets $15 on the door, doors open 8pm.