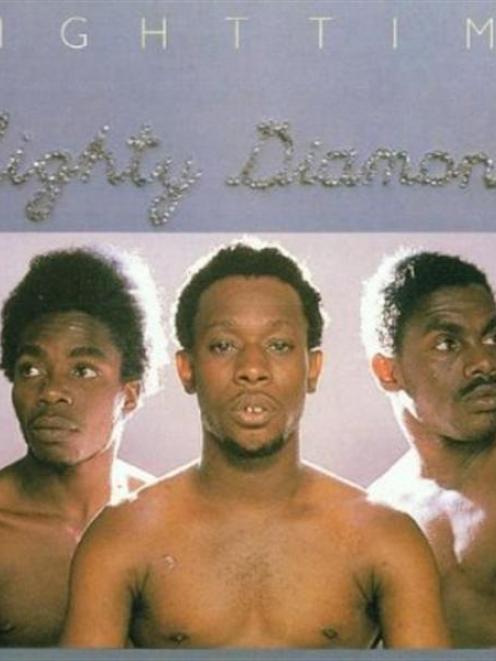 Mighty Diamonds' 1976 release Right Time is a roots reggae essential that delivers tough messages with a sweetener of close-harmony singing and rock-solid beats.

The Trenchtown trio was snapped up by Virgin Records on its first scouting expedition to Jamaica and was soon put to work at Joseph Hoo Kim's Channel One Studio, complete with its recently upgraded 16-track desk. The resulting LP put Channel One on the map and marked the breakthrough of rhythm section Sly Dunbar and Robbie Shakespeare, pioneers of the "rockers" beat.

Right Time reveals Mighty Diamonds as a soulful vocal group that arguably takes more from doo-wop than it does from ska. In Donald "Tabby" Shaw, the group has an expressive, lilting lead singer who effortlessly surfs the honeyed tones of harmony singers Fitzroy "Bunny" Simpson and Lloyd "Judge" Ferguson.

They, in turn, augment the main lyric with meaningful asides that flesh out the message, lending gentle support where others might favour more fervent declarations.

From within this harmonious context, powerful pleas emerge.

The title track warns that all actions have consequences, while Why Me Black Brother Why calls the lawless to account and Gnashing Of Teeth reprises the theme of a prophesied Judgement Day. Elsewhere, I Need A Roof spells out more immediate hardships and Natural Natty points to entrenched misunderstanding of the Rasta man, while Them Never Love Poor Marcus bemoans the betrayal of Jamaican activist Marcus Garvey and Africa echoes Garvey's nationhood mantra.

The spirit of the Right Time is unremittingly positive despite the heavy subject matter, due largely to the sunny melodies and bouncing rhythms that carry them along. An instant success in Jamaica, the album spawned underground hits in the UK and did much to generate international interest in other Virgin signings such as U-Roy, The Gladiators, Prince Far I, Gregory Isaacs and Linton Kwesi Johnson.