'Lemonade' Beyonce's 'most accomplished' album yet 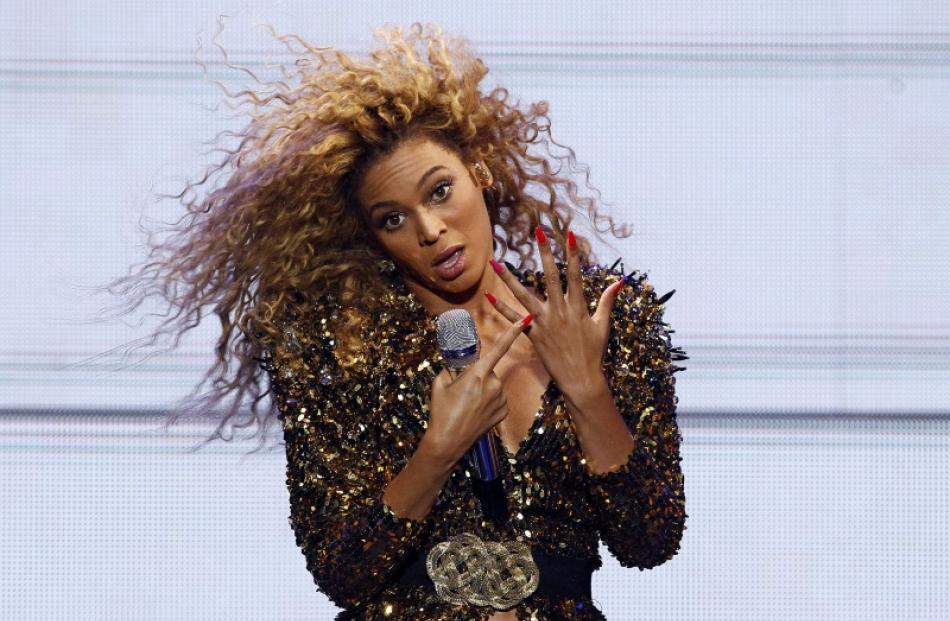 Beyonce has made a habit of dropping fully finished albums out of nowhere, and she did it once more this weekend with the arrival of 'Lemonade'.

It'll take a while to absorb everything that Beyonce has poured into her sixth studio album - a dozen songs plus a 60-minute movie that is more than just a mere advertisement for the music, but an essential companion that provides context and deepens understanding.

But it's apparent already that 'Lemonade' is the artist's most accomplished and cohesive work yet, and that's not meant to underestimate the impact of a discography that has yielded era-defining singles such as 'Single Ladies' and 'Irreplaceable'.

'Lemonade' is more than just a play for pop supremacy. It's the work of an artist who is trying to get to know herself better, for better or worse, and letting the listeners/viewers in on the sometimes brutal self-interrogation.

For decades, since she was in the teen pop group Destiny's Child, Beyonce has projected an air of perfection, the pop star as queen, a mother of dragons who empowered her followers by always doing all the right things as an artist, a pop star, a wife, a mother, a fashionista, a pinup fantasy, a feminist, a businesswoman.

But perfection carries its own price. Beyonce always appeared slightly above her audience - remote, untouchable. On one arena tour she arrived as a pop Cleopatra, carried to the stage on a bed while tossing flower petals to her minions.

Her guard dropped slightly with 'Beyonce', her 2013 "visual album". Released digitally without any preliminary fanfare, its best moments paired music and videos with an off-the-cuff adventurousness that looked, sounded and felt grittier than anything she'd done before. But the artistic advances made on that album feel slight when measured against the more personal, raw and relatable 'Lemonade'.

The gossips are flapping about what insights it may or may not provide into the turmoil in Beyonce's marriage to Jay Z, but that would be selling it short. There's a painful breakup at its center, but it offers a wider-screen view into family and the wisdom of mothers and grandmothers, the nature of manhood as defined by fathers and sons, the way that environment - geographic and psychic - imprints us from youth, the way love can break and redeem, the meaning of freedom and community.

None of it would matter if the music consisted of pre-made songs dished out by the usual A-list producers, but Beyonce spends most of the album smashing the cookie cutter.

She pulls in Diplo, Kendrick Lamar, the Weeknd and one of his producers, but relative newcomers also play significant roles: singer-songwriter Kevin Garrett and Mississippi-born MC Khalif Brown, a cameo from British dubstep producer-singer James Blake, quotes from Vampire Weekend and the Yeah Yeah Yeahs.

Her visual choices are as daring as her sonic ones: a series of cutting-edge directors, including Khalil Joseph and Melina Matsoukas, worked on the movie.

Normally the bounty of collaborators plays into the pop-music trope of singles over albums, a collection of trendy colors rather than a carefully considered painting. But 'Lemonade' was clearly conceived as a complete work, and Beyonce's unifying vision for what could have been a prettily packaged hodgepodge should not be discounted.

It immerses the listener/viewer in its world: The accompanying movie includes a haunting image of Beyonce underwater, floating inside her bedroom, gazing upon her sleeping self. The songs, the sounds, the images are from the South, where Beyonce grew up and her family lived for generations.

The visuals juxtapose urban grime with nature's sprawl. Spanish moss drapes trees, mirroring the decayed opulence of antebellum mansions, and a storm cloud spits lightning on a vast field of green while a father cups his child's face outside a shack. A narrator evokes the whispered poetry of a Terrence Malick film.

Beyonce's voice is just as theatrical: the hushed accusation of 'Pray You Catch Me'; the deceptive playfulness of the reggae-flavored 'Hold Up' (complete with video of Beyonce at her fiercest, wielding a baseball bat and then a car-crunching Jeep); the rough ache in 'Don't Hurt Yourself', with Led Zeppelin drums and Jack White shouting encouragement; the bluesy, back-porch New Orleans sway of 'Daddy Lessons'. In the last she casts "daddy" as an outlaw from another era but ties the yarn to a wider story about communities in which guns dictate commerce, dish out justice, settle (or perpetuate) arguments and become integral to family legacies.

'Sandcastles' starts as just another conventional power ballad, the type that Adele routinely swats out of arenas.

About a minute and a half in, Beyonce transforms it. The stateliness starts to fray until the voice loosens and cracks into a near-cry as it sings, "And your face, what is it about you that I can't erase?" She steadies herself after that - she's not one for histrionics, which makes the anguish of those few seconds sound all the more potent.

Hard-won reconciliation arrives on 'All Night', but there's nothing rote about it. The silky beauty of Beyonce's vocal in the chorus chafes against the burlap conviction in the verse, as if to say it's possible to heal, but all is not forgiven. It segues into the militant determination of 'Formation', which she debuted a few months ago during the Super Bowl halftime show. It's all there in the grain of the voice. What she says - conflating her past and her family with her ambition as a young African-American woman with dreams still unrealized - comes through in that don't-mess-with-me rasp.

It's Beyonce without makeup or the Cleopatra pose saying, "How you like me now?"