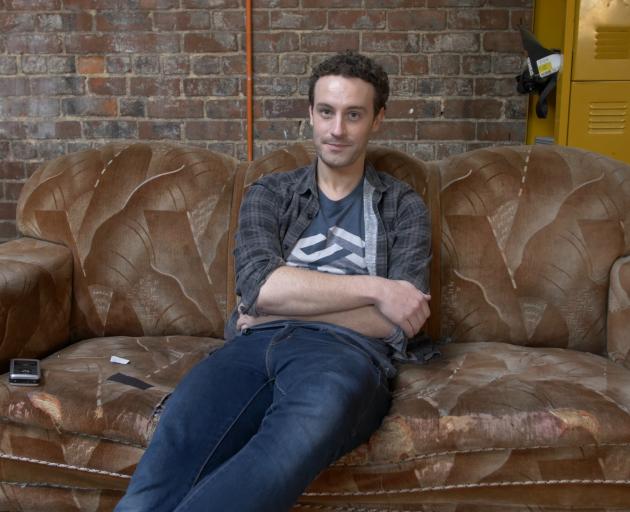 Lightning Wave creator Lee Nicholson. Photos: Supplied
In 2011, Lee Nicholson began making guitar pedals. He learnt how to breadboard, a rudimentary prototyping method which involves poking wires through holes to build up a circuit, from a friend. Then he moved on to ironing copper on to printed circuit boards.

Fast-forward seven years and he is manufacturing pedals which are distributed worldwide, selling them to the likes of Ryan Adams and Jason Derulo producer Ricky Reed, all without any marketing or outside investment.

"In 2013, I built the first fuzz pedal that I released," explains Nicholson, who has form in local outfits Space Bats! Attack and Thundercub. "It wasn't very nice to build and I decided to go back to the drawing board. Then, five years later, the Lightning Wave stuff came together." 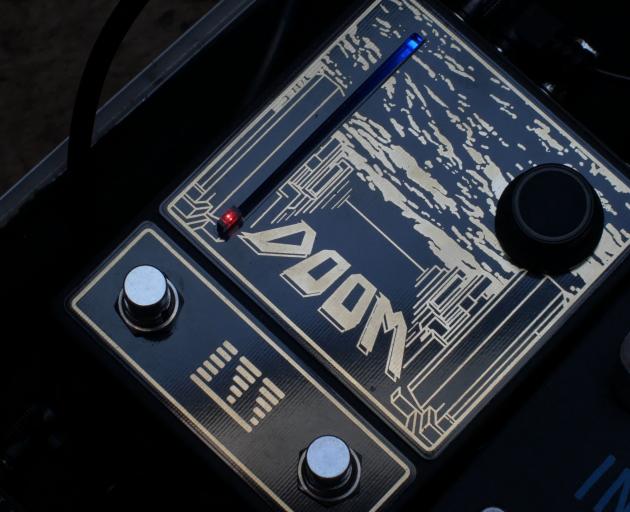 Nicholson's Doom faceplate.
He sells three pedals under the Lightning Wave brand, all with video game-inspired names and beautiful gold on black faceplate art designed by Joshua Hunter. The first was Ghost, a tremolo pedal. Then came Astro, a phaser. And his latest is Doom, a "reverse stereo" redesign of Ghost which lets you blend two signals together.

But while the faceplate design is among the best I've seen, that's not the reason people are buying them.

"I think years back, maybe 2012, I went through an incubator process to make a touchscreen-based app [with which] you could trace your LFO [low-frequency oscillation] waves on the screen and have that transmitted out of the audio port into a device that could then turn it into an effect. That kind of went on the backburner because it sort of didn't work at the time.

"And then I met Jonny through a NZ Guitars forum and he was well on his way to making analog delays. I was making some pretty ugly bitcrusher thing and I mentioned it to him and he was like `Oh, you could do it like this'."

Jonny was Jonny Arthur, of 80tape pedals, and, with his help, the original concept of tracing LFO waves on a screen became drawing LFO waves on the pedal's fader. So where a tremolo pedal is modulating the volume, by tracing a line using the fader and saving it into memory, you have direct control over the path this modulation takes.

It is a killer feature. Coupled with the ability to sync to synthesisers and drum machines it becomes an extremely powerful tool, which is probably why there is so much buzz around them. There is really no other pedal like it.

Despite having no electronics experience, Nicholson landed a job working for Kamahi Electronics "where all the top-notch engineers in the Otago region are", which has helped him to improve his designs. Where his early designs were a rat's nest of wires, the pedals he now sells contain no wires, which helps with manufacturing and durability.

"I've redesigned it three times, so I'm fixated on making it as good as it possibly can be.

"Functionally, they're all the same and they all do the same thing, it's more about how satisfying it is to assemble."

Find out more about Lightning Wave pedals at www.lwave.nz