Dubbed “Music for People’’, it’s the first of an on-going series of gigs showcasing the diverse range of local talent here in Otepoti.

Curated and orchestrated by local musician Person Will, the event on Saturday (February 15) will bring 11 vastly different acts to the breweries’ taproom and garden bar for an evening of hip-hop, experimental noise, grunge, indie rock and everything in between. 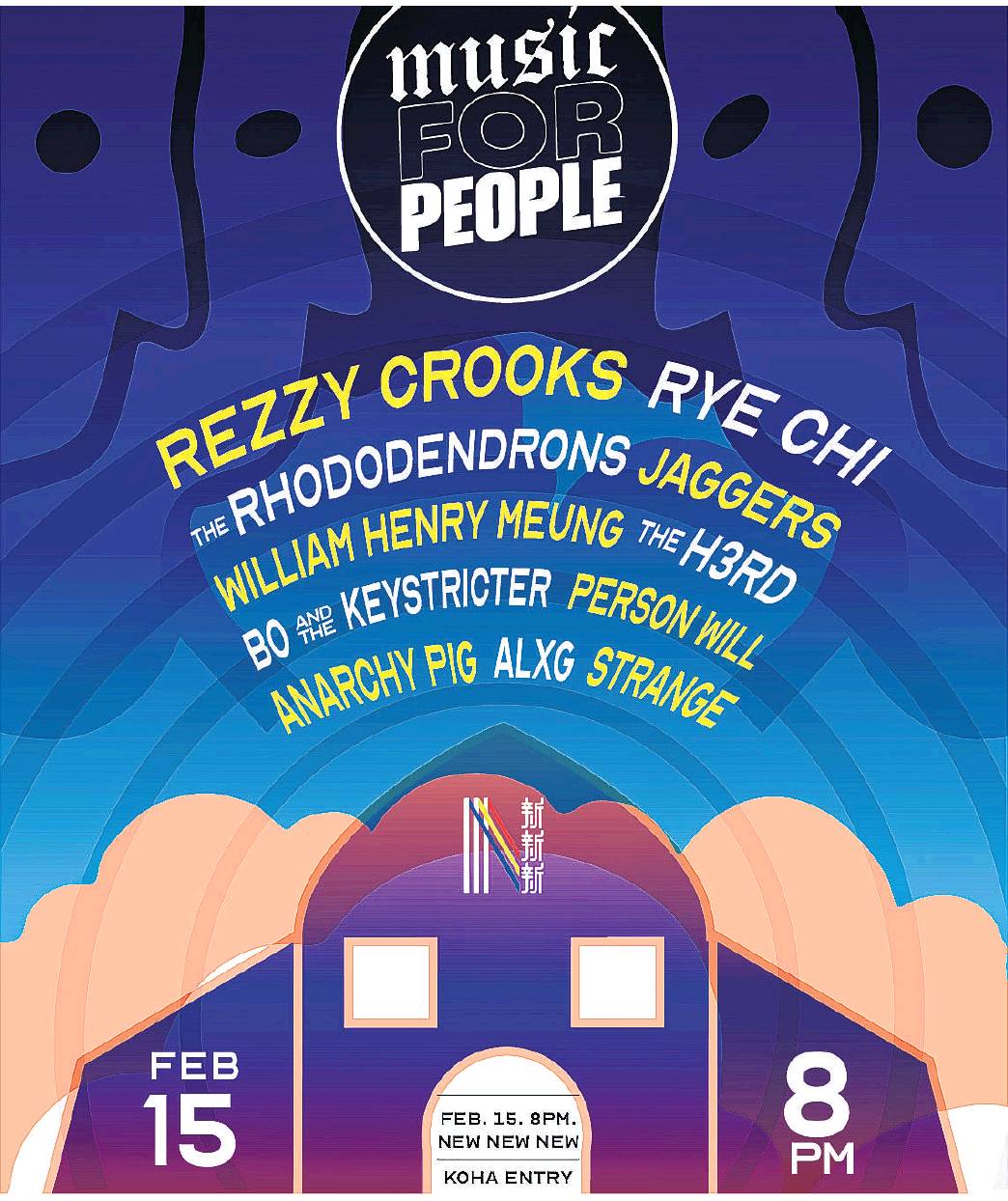 There’s bound to be something you like ... but maybe also something you don’t. Putting so many different styles in front of one audience is a risk but, according to Will, it’s a calculated one.

‘‘I’ve had these questions from inside my camp as well, like, you know, are you sure about this? And you can’t be sure about anything, but you’ve definitely got to take risks, and I’m not afraid to take this risk because I think it’s educated and I don’t see any real big damage coming from it.

‘‘It’s often hard for people to get a performing platform and a lot of it has to do with those weird internal politics. I think this is just about putting a stake in the ground [and saying] ‘Hey, just come and do something and entertain people’.

‘‘Hence Music for People, it’s meant to be generalised like that.’’

The artists on the line-up are too many to list but include a few familiar names, including experimental musician William Henry Meung, DJ Jaggers, indie-rock band Rezzy Crooks and hip-hop artist RyeChi. Not knowing any of the artists shouldn’t turn you off — the ones you don’t recognise could end up being new favourites.

Will admits that not everyone will like all of the music, but reckons that shouldn’t be seen as a problem.

‘‘I think there is something about going outside your comfort zone.

‘‘The most enjoyable moments I’ve had are when I’ve been surprised, and I like that concept when exploring art ... I think this is in line with that.

‘‘And the truth is, even when people are surprised maybe in a confronting way that they don’t like, in the moment it resonates and I think that’s important; it’s important that people aren’t enjoying every moment of that experience.’’

The whole shebang is koha, too, so as a patron you’re getting front-row tickets to experience loads of great local music at a price you can afford.

Aside from providing a great time for the audience, the idea is also to provide a platform for the diverse range of local musicians who might not fit in with an existing scene or who might need a little push to get the ball rolling. Sounds like a win-win.

‘‘It’s just about knowing that if someone doesn’t give you that opportunity then you’ll probably just stay in your shell. It’s really important to try and encourage people out of that shell because it’s those self expressions that help make life pretty cool.’’