Return of the BRF 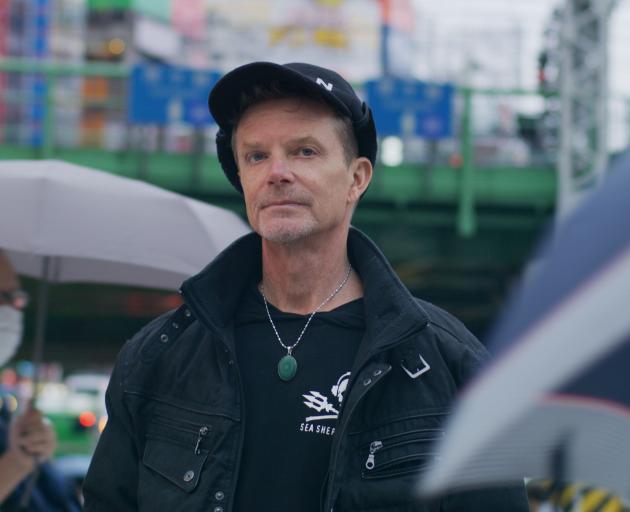 Nino Birch, of Beat Rhythm Fashion. Photo: Supplied
Wellington in the late 1970s and early '80s was a time of anti-establishment nihilists and anarchist revolutionaries. Rent was cheap and the government sucked, writes Fraser Thompson.

Adjacent to, but not necessarily within that scene, was Beat Rhythm Fashion. Formed by brothers Dan and Nino Birch. The band existed for a brief period in the very early '80s, but left an impact far greater than their diminutive discography suggests.

"We were both at university doing law degrees at the time. We quit uni, much to my dad's chagrin, and I bought a guitar and amp," Nino explained.

"Our dad got used to it. He actually loved our music once we started doing it.

"We were part of this growing mildly anarchic, chaotic nihilistic trend that occurred in Wellington on the back of the English punk scene."

Their sound was dreamy, airy yet dense, somewhat akin to Joy Division, but more melancholy than despairing. At the time it was something unique in the local scene and was well received. The second of their three singles, Turn of the Century, was released on vinyl in a production run of 500 and quickly sold out.

"I think if we'd maybe pressed more, maybe if Bunk Records had pressed 1000, we might have gotten to 39. So they were pretty popular in a small niche anti-establishment punk vein, but we weren't really punk Dan and I, we were just very serious about bringing the ivory tower down.

"It was very political, it was very driven by questioning everything, and we were inherently distrustful of the machine and the machinations that govern the way we must live, and I still am. In fact, I'm more activated than I've ever been."

For the first time in almost 30 years the band has new music, and it is returning to the stage to play with a line-up consisting of original drummer Caroline Easther and new bassist Rob Mayes. Nino's brother Dan passed away in 2011, but he lives on in the new album, Tenterhook.

"I would visit him occasionally, and he was in a bad way, and he had this dream of getting our band back together and I said `Well, if you get your s*** together I'm more than happy to do that'. And he said `I want to call the band Tenterhook'. So when Dan died I decided to call the album Tenterhook as a homage, or honouring that wish of his.

"Whether it's the fabric of our existence, or the climate, or you know, we've just got psychotics running our countries, except New Zealand, of course. Jacinda Ardern is a decent human being. But if you look around we've got absolute psychos in charge and they are in charge of these administrations that are inherently despicable for us.

The band is returning to The Cook for the first time since the '80s. For Nino, who now lives in Australia, it's a homecoming of sorts.

"I am really looking forward to bringing it home.

"There's a lot of people who have fond memories of the sound we produced and our live shows. And they love those singles. Now it's an opportunity to get to know what BRF is all about and we'll visit that. It's pretty exciting for me.