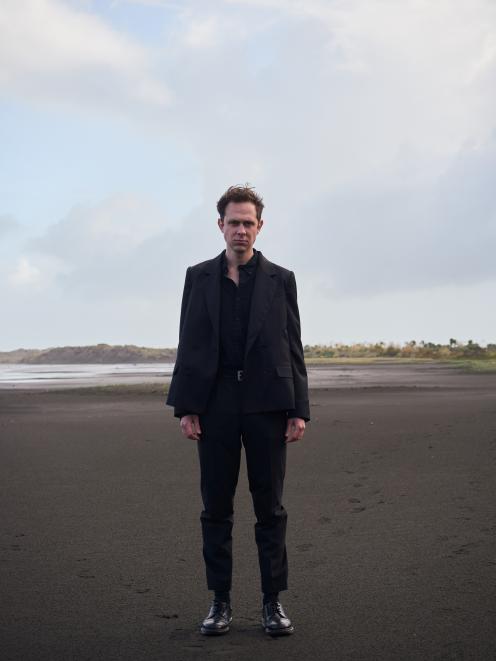 I spoke with Ruddell ahead of his South Island tour, which includes a stop at the Crown next Saturday.

Q You're a member of Wax Chattels. What made you spin off into a new act? Why release these songs as their own thing?

I spent quite a lot of time late last year thinking up ideas for songs and that kind of thing with the intention of using them in Wax Chattels, but I found myself going in a direction which didn't really lend itself to that sort of aggressive noisy angular stuff which is Wax Chattels. It was more based on melody and atmosphere and mood ... And I kind of felt like once I had that collection of songs there was an album there and I should just put it out.

So I got my buddy David Harris to come round when he was between tours ... we had about three days, so we recorded these songs together and yeah, that was about it.

Q It sounds like you put in a lot of effort to getting the atmosphere just right.

Yeah, ... so that I could finish this thing, I didn't want to get sucked into the trap of putting layers on things and polishing things up,

I just wanted to get the raw sound as good as I could and mould them in a way together which worked, you know? I didn't want to stress about imperfections here and there, I just wanted to make it raw, make it real, and get it out, basically.

Q The drums, especially, sound incredibly good. It's such a huge sound.

I approached David saying, "Hey, I've got this song, do you want to make this record together?" and he said "Yeah" first up and then I had the caveat of mostly brushes because the sound of a brush hitting a snare is the best thing in the world. And he was like, "Awesome, yeah I'm in".

So, like in the track Speaking for Others he's like playing basically as hard as he can but with a pair of brushes and that's how you can get this like wash on the cymbal and almost like a rimshot on the snare but not quite.

Q Where did it come from? Because it's like very, very slow, almost apocalyptically so. Was that a reflection of your emotional state?

Yeah, it was. We toured pretty hard as Wax Chattels last year and early this year and towards the end it was getting just a little bit overwhelming, I guess. And every night we kind of played with these super loud punk bands and I would find myself listening in the van or at the airport or whatever, just listening to these super quiet slow songs, bands like Yo La Tengo, The Dirty Three, and I was kind of stimulated to make a record influenced by this different side of music that I'd kind of never explored too much. That kind of quiet, that kind of slow music where you can let things sit and simmer to create something without having to be immediately accessible or immediately catchy. And I feel like I've kind of achieved that with this record: there are melodies and there are hooks here and there, but it kind of takes it's time a bit more.

Q You'll be touring with a band?

Yeah, so it's a duo live. Sometimes I perform with a trio, sometimes Hariet Ellis sings with me, like on Bush and Speaking for Others, and there's quite a few songs on the record which have got harmonies and stuff which Hariet sings. Primarily, I wanted this to be a band I could tour easily and cheaply and get to places that I couldn't with a large ensemble. So touring is just two pieces - me and David. And yeah, I feel like there's this really cool dynamic you can get with a two-piece because you read each other so carefully and it's less about memorising parts of songs and more about getting into the energy of the performance: you can slow things down, you can speed things up, you can get quite playful with it.

Q Are you looking forward to being back at the Crown?

Man, I love it. Jones is a bloody legend. I love the Crown, there are no venues like that in Auckland, man.

Sulfate Album Tour with Diana and Francisca Griffin, Saturday, November 30, 8pm, the Crown Hotel. Tickets $10 from undertheradar.co.nz or $20 on the door.