Sounds at the edge of music 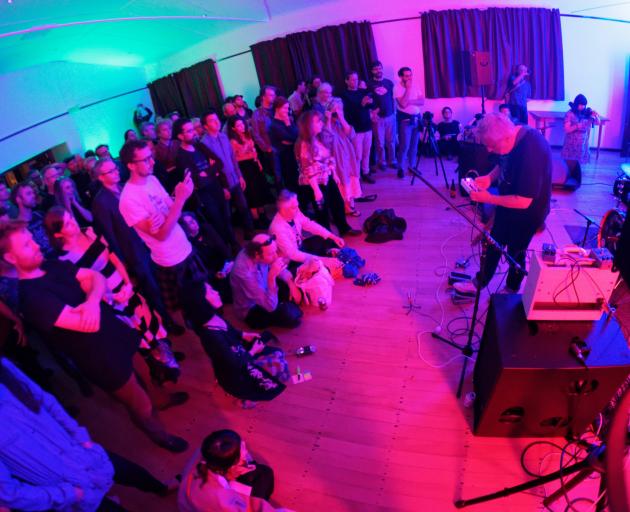 Experimental music pioneers A Handful of Dust. Photos: Supplied
Lines of Flight opened with a rendition of John Cage's silent 4'33'', both an empty space to symbolise what we've lost and the epitome of the idea that any sound can constitute music. This would be the first time the audience were reminded of this idea, but not the last.

Later that evening we watched Melbourne's Is there a hotline? somehow turn an array of musical toys into a surreal nightmare. It was exhilarating. We sat frozen as a pure expression of improvised trauma played out in front of us via flails, whistles, and other unidentified objects. There was no discernible rhythm, no melody, nor did there need to be.

Survivors of the '90s experimental scene A Handful of Dust dialled it up past 11 the following evening, forcing the audience to focus on subtleties within the hellstorm of distorted guitar, violin, and drum noise which became our world. Eventually our entire thoughts and being became one with the vibrations of the molecules we were standing in. 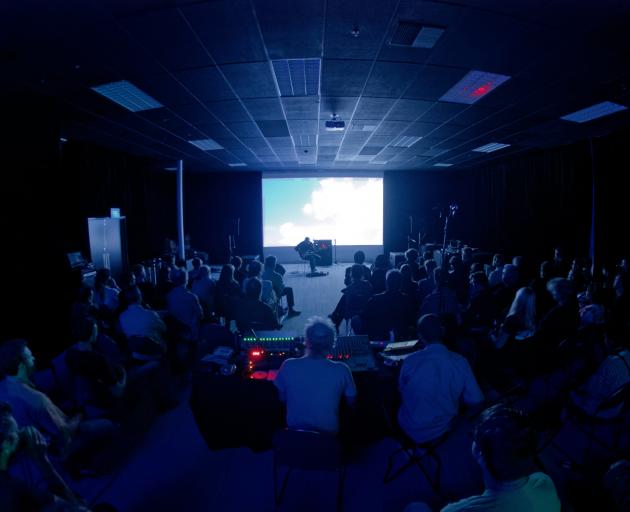 Gate
In both these performances structured elements would have only served as a distraction. Music at its extremes can seem meaningless, but all forms of self-expression have meaning, even if not deliberate. Concert-goers riding the free bus out to Port Chalmers for the Friday show, for example, were treated to a distorted rendition of Beach Boys blaring over the malfunctional speaker system. Incidental sure, but it conveyed a story about a weary bus and its tired bones.

Some context for those unaware: Lines of Flight is New Zealand's longest running experimental music festival, occurring approximately biennially since the year 2000, and this year marked it's 11th iteration. Twenty artists played across four performances this year, including some legends of the scene, such as members of quietly important bands Dadamah and The Dead C, but also some fresh talent that may be looked back on the same way in a few decades.

It's an epic and important undertaking. The fact that it ran so smoothly is a testament to the skill and dedication of those who made it happen, chiefly Peter Porteous and Peter Stapleton, but also Forbes Williams who made sure everything always sounded excellent despite drastically varying instrumentation and dynamics, and many others behind the scenes.

Similarly, it cannot be emphasised enough how much the lighting and projection added to the experience, especially the performances from Satori, which utilised three slide projectors, focusing and defocusing and drawing the audience on a visual journey through various layers and textures to complement the audio journey.

Experimental music is about pushing the boundaries of what music is, and the results can be mind expanding. Sometimes I found myself questioning whether what I was experiencing was even music, and if not why not? And do I even care whether it is? This is what makes it exciting. This is music on the fringes.