A touch of magic 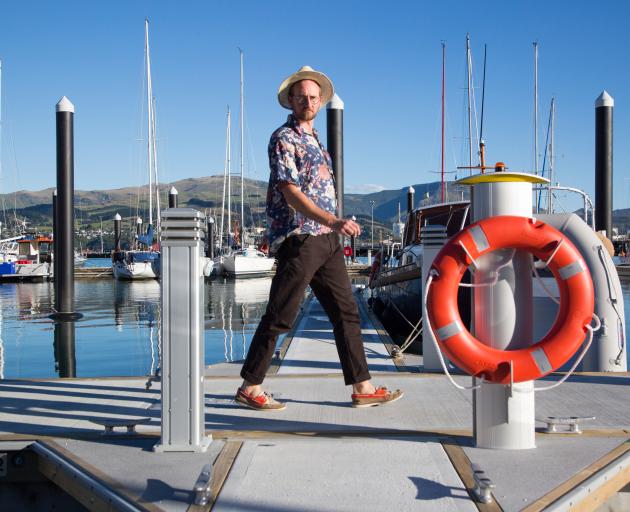 Underrated New Zealand musician Fraser Ross plays at Inch Bar tonight. Photo: Supplied
If your ideal Saturday night involves a folk musician who dabbles in Afro-beat and witty banter, then you might want to head down to Inch Bar tonight.

Probably one of New Zealand's most underrated musicians, Fraser Ross is coming to the end of a nationwide tour to mark the release of his album, Life is Magic, Where is my Rabbit?

It's a cracker of an album, going everywhere from jazz and sea-shanties to alternative rock. Throughout the album his vocal performance gradually ascends from relaxed dulcet tones to full-on belting as he sings about everything from love and loss to Davey Jones.

"I think it was about me transitioning from having a bit of a hippy dippy idea about life and then just realising that ... I mean, magic is a cool idea, but really it's about sorting your shit out and finding your rabbit and putting it in your hat before the show you know?

"It's sort of tongue-in-cheek, sort of cynical and sort of optimistic almost. Not sure if the cynicism destroys the optimistic, but I think it's still there?"

It's criminal that he isn't more well known.

Unfortunately, he isn't bringing his band, 04s, with him to Dunedin (this time) due to the logistical nightmare that is touring with a band. But not to worry, he has got more than enough witty banter to fill the space. His banter even managed to charm Hollywood heavyweight Bill Murray when he was performing at a restaurant in Scotland.

"I just invited him to come up and sing a song, he did and it just snowballed and we kept singing songs. He sort of turned the restaurant into a club and the word got out around town and lots of people came and it sort of turned into this kind of silly atmosphere.

"He's just a funny random dude. Afterwards I heard he crashed a uni party, did their dishes and then left."

Like all Bill Murray stories it sounds made up, but he assures me it isn't.

If that's not enough though, he'll also have Flora Knight there to add some of her wonderful fiddle stylings.

"It'll be fun, I'm looking forward to it. It's sort of the last show of the tour and all of the tour nerves, you know worrying about people coming, I've realised that it actually always ends up way better when you don't care about that.

"It'll be uplifting, and cynical, and it'll be ... Yeah. A good fun Saturday night."

Listen to the album: fraserross.bandcamp.com/