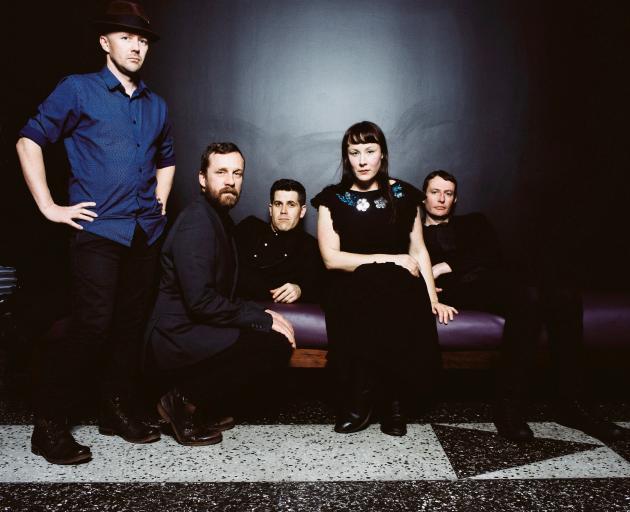 Eb & Sparrow's critically acclaimed 2015 album Sun/Son received national attention with it's distinctly New Zealand take on alternative country/Americana, or whatever you want to call it. I suspect the Wellington-based band is in for some more.

New album Seeing Things dropped a few weeks ago and continues what Sun/Son started. It's warm and lush, yet melancholic. The standout track, Working, sees lead singer and songwriter Ebony Lamb's exasperated cries of "I've been working so long" culminate in a cacophony of brass, as we all do when we reach the end of our tether.

There's a tragic romanticism to it, which almost reminds me of Nick Cave.

I spoke to Ebony, who explained how this record came from a different place than Sun/Son.

"That was a real coming-of-age record for us. We were quite critically acclaimed and got really good reviews. We toured that for the last three years.

"If you tour a lot you don't have a lot of time to make a record, so we kind of slowed down a bit about a year and a-half ago and just focused on `let's make the next record'."

Deciding to record in a historic 1800s homestead came with its own challenges: they had to set up their instruments in a room away from the side of the house with the birds, figured out how to chase away the noisy pool frogs and, 12 days later, the record was finished.

"It's one of those houses you go into and it just feels good.

"We've travelled a lot around New Zealand, so I feel like New Zealand is in our record. We've done a lot of miles right down south, right to Stewart Island, right through Central Otago, down the West Coast, all the way up Northland and things like that."

I asked Ebony whether she thought her music fell under the burgeoning "New Zealand Americana" umbrella.

"To be honest, we just started making our own sound because the things we do with the instruments are often not traditional. We don't want to be someone else's sound.

"I dunno, people used to say it's quite a lot like Gillian Welch and Cat Power and Ry Cooder, and now they're saying it's more like Patsy Cline and the

Cowboy Junkies and Mazzy Star and, I don't know, like, somewhere in there there's me."

They're bringing their live show to Dunedin on Friday as part of a 13-date nationwide tour. Ebony is thrilled to be playing at the newly revitalised Captain Cook Hotel, although I wonder if their melancholic folk will be able to overpower the years of drunken student shenanigans embedded in those historic walls.

I'm excited to find out anyway.