What do new music videos teach us? 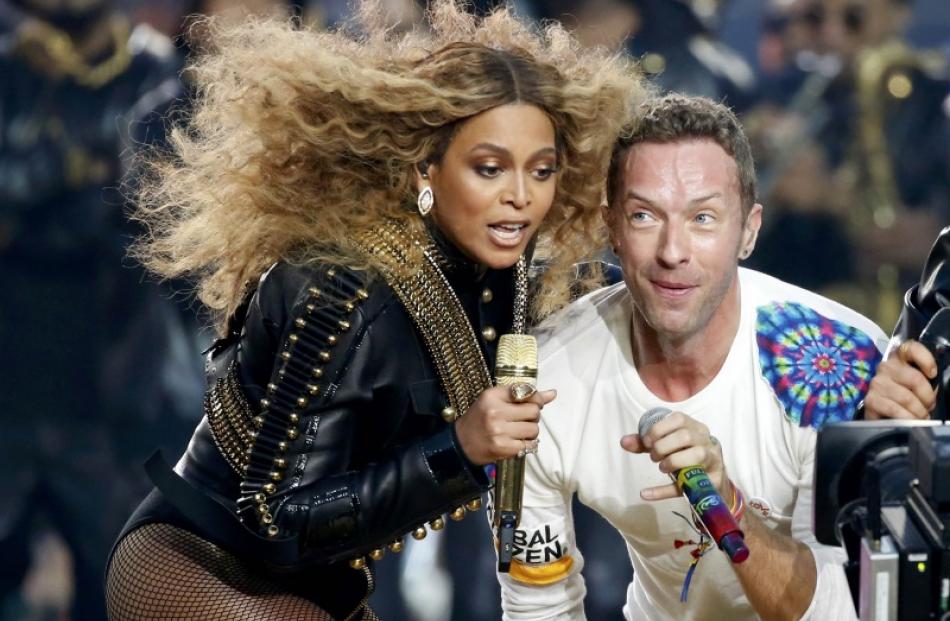 Beyonce and Chris Martin of Coldplay perform together. Photo: Reuters

Video did not end up killing the radio star, and it doesn't look like anything is going to be able to kill the music video, either.

New, wildly disparate videos in recent weeks - Beyonce's hypnotic, politically charged 'Formation' and another dazzling confection from the former Chicago band OK Go, for the song 'Upside Down and Inside Out' - show a form that is alive, reasonably well (considering) and still able to get people talking.

A month ago it was David Bowie speaking to us from beyond the grave, with his otherworldly video for 'Lazarus', a song on what would be his final album. Bowie bid a very reluctant farewell, showing a man desperately trying to work as his days grew short, and it was haunting.

Across the Internet, your favorite indie band has scraped together a few dollars and some film school friends to back its new song with a little film, showing it on Vevo or Vimeo or YouTube. Making a video remains part of the package of making music.

Yet the "video is dead" think piece has been written scores of times in the past decade.

MTV, which famously began life by showing The Buggles' 'Video Killed the Radio Star', long ago swore off the 'M' in its title, because of the car-radio phenomenon: People changed the station whenever a song they didn't like came on. (Television killed the video channel.)

And record companies are now slogging around in the tar pits, too poor to routinely produce new videos for all but the most proven movers of product. (MP3s killed the recording contract, and the perfunctory music videos that came with it.)

But people still want to see filmed interpretations of songs they like. It's just that the place to find them has shifted to the Web, where you get to program your own music video channel, rather than putting up with MTV's notions.

So Coldplay's new tune, 'Hymn for the Weekend', has already racked up 43 million views, according to YouTube.

'Paradise', a previous hit from the British stadium rockers, is at 483 million.

Independent artists do rise to stardom in this world, too - occasionally, and especially if they've got great visuals. Remember beefcake Chicago singer Steve Grand's so-called gay country anthem 'All-American Boy', from 2013? OK Go has used its music video successes - little masterpieces of the form, really - to step away from the big record labels and return to independence.

But the biggest names really thrive in this new ecosystem, which relies on social media and old (anti-social?) media to point people to the videos. The collective Twitter mind is happy to highlight somebody new, but it is ecstatic when it's got a new video from a Lady Gaga. (Video supported the few remaining radio stars.)

Fortunately, the videos sometimes have something more to offer than just minimally clad performers or a filmed rendition of some of the lyrics.

Witness the Beyonce song, which showed up by surprise last weekend, ahead of the singer's Super Bowl halftime performance.

Its video, incorporating references to the bungled Katrina rescue efforts in New Orleans and to the Black Lives Matter social protest movement, goes beyond the lyrics of the song and has given commentators from the left and right plenty of fodder.

Cosmopolitan called it "the most perfect song since the Paleozoic Era". Fox News has been, um, less complimentary.
And OK Go, who rode choreographed treadmills into America's video consciousness with 'Here It Goes Again' in 2005, has dropped another little dose of genius.

Their new video is shot in zero gravity, in an airplane cabin, yet still manages compelling choreography that punctuates the song.

Like all of the band's best videos, it is so visually stunning as flight attendants float about and paint balloons pop and lead singer Damian Kulash bounces into and out of his seat, that it threatens to overshadow the tune, an engaging power pop number.

OK Go's achievement here is all the more compelling because people have been making music videos since way back when Bowie was starting out - since Elvis Presley's 'Jailhouse Rock' in 1957, even - and this band is still managing to find something fresh to do.

Video, at least in this case, created the video star.