A one-off Anzac play proves a satisfying and thought-provoking experience. 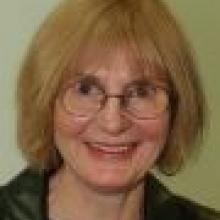 "You know everything and understand nothing," Ben tells Phil.

The audience can only agree: Phil’s grasp of the Gallipoli campaign’s minutiae is impressive, but his comprehension of its futility, and of its parallels to New Zealand’s military adventures a century later, is virtually non-existent.

Involuntary proximity brings the two, once in the same intermediate school class in Dunedin, together in a crowded camping area at Gallipoli.

They meet two young Australian women, Lizzie and Maia, who initially seem more concerned about toilets and mosquitoes than anything else, and giggle while Ben explains the Chunuk Bair failure.

Ben’s mature, analytic approach sparks animosity in the others, who have tended to absorb, unquestioningly, the standard versions of events handed down by politicians, teachers and parents.

Obliged to put up with each other, the four drink vodka-laced orange juice, eat chips and bicker, not just about  World War 1 but also contemporary issues, including immigration and racism.

Myths about the Anzac spirit and the character-building nature of war surface readily. Tensions build and threaten to envelop the audience.

An abrupt change of pace, however, leads to self-disclosure and hints, at least, of mutual understanding, and everyone finds out something valuable about themselves.

Anzac Eve packs a wealth of meaning into a single hour. Incisively scripted by Dave Armstrong, who is well on his way to becoming a major New Zealand playwright, it is one of the best recent  World War 1 plays.

Last night’s audience was highly appreciative, and came out of the theatre with plenty to think about.