TV One edging out there 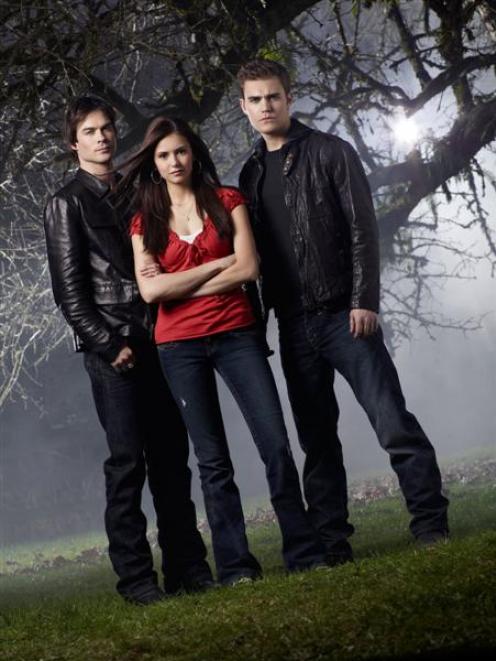 The spooky The Vampire Diaries is one of the treats TVNZ has in store for viewers next year. Photo by TVNZ.
It is seen as the more serious terrestrial television channel but TV One is about to be sexed up with a series about a well-endowed man.

Hung is a drama charting the life of a cash-strapped high school teacher who resorts to prostitution after his house burns down.

It is one of several new shows in TVNZ's 2010 schedule.

General manager of programming Jane Wilson said the comedy drama "pushes the boundaries" - something the broadcaster was hoping to achieve with TV One.

"We want to be a little bit edgier and a little less safe."

Ms Wilson said next year's line-up would feature a range of new series, mini-series and favourites including Desperate Housewives, Grey's Anatomy, Private Practice, Border Patrol and Packed to the Rafters.

The TV One line-up includes American imports, some New Zealand drama and rehashed versions of overseas "reality" programmes: The Vampire Diaries: An American supernatural series based on books in which a young woman falls in love with a vampire after the death of her parents.

The Apprentice NZ: A version of the reality series, but with Wellington businessman Terry Serepisos, in which 14 contestants compete for a six-figure-salary job - possibly as Serepisos' deputy.

MasterChef NZ: Another take on an international reality series that will have 12 contestants showing off their talents in the kitchen.

The Pacific: A World War 2 drama mini-series from the creative team behind the award-winning Band of Brothers.

Leigh Hart's Mysterious Planet: A mock documentary in which the comedian travels the world to uncover the world's greatest mysteries, including Stonehenge and the Bermuda Triangle.

This Is Not My Life: From the writers behind popular series Outrageous Fortune and Go Girls, the action mystery drama series has already been bought by United States producers.

The series is about a man who wakes up with no recollection of who he is, but soon finds clues that everyone is lying to him.

Based on a future where a mysterious event makes everyone in the world black out.

As people gain consciousness, the world starts changing because people know their future.