Give us a break, says England winger 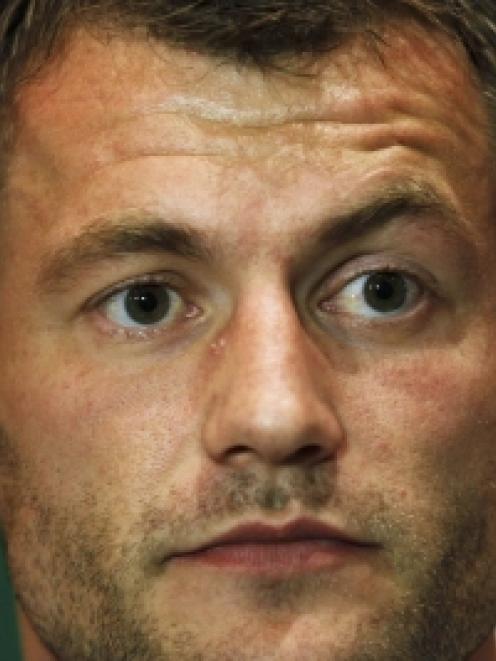 Mark Cueto
Winger Mark Cueto defended England's disciplinary record both on and off the pitch today as the former world champions began the run-up to their World Cup quarter-final embroiled in controversy.

England coach Martin Johnson on Sunday said he had reprimanded James Haskell, Dylan Hartley and Chris Ashton for making lewd comments to a member of staff at the team's hotel in Queenstown at the start of the World Cup.

Representatives of Mike Tindall also issued an apology to a British newspaper after the centre made misleading statements about his movements on an evening out in the same town, which were later contradicted by CCTV footage.

"There's been a couple of things gone on, you know the goldfish bowl that we're in, in another country it may have been nothing, but here it's a big deal," Cueto told reporters.

"It's not that something's happening every day but it's probably two things that have happened and it's being reported every day so that's down to you guys.

"You need to move on and start writing about other stuff. I don't think we're ill-disciplined off the field at all."

Cueto said the media were being particularly unfair to Tindall, whose media profile was boosted by his marriage to a member of the British royal family earlier this year.

"You ran the story for 10 days, it's horrendous, give the guy a break," he said.

"You're talking about a couple of guys going out for a beer, that's bottom line what happened, what's wrong with that? If the boys can't go out and have a couple of beers, it's a sad world we live in."

England meet France on Saturday at Eden Park to decide who will play Ireland or Wales in the semi-finals of the World Cup and Cueto is desperate to be in the side after missing out on the final pool game against Scotland.

The prolific 31-year-old admitted he "probably spat his dummy" in frustration after failing to convince management he was 100 percent fit to play despite scoring a hat-trick of tries against Romania in the third pool game.

His experience of 2007, when he missed the first two knockout games through injury only to get back into the side for the final, had helped him come to terms with the decision.

"It's such a crazy competition," he said. "One minute you're at the bottom of the pile and suicidal, for want of a better word, and the next you're playing in a World Cup final."

Cueto said the whole squad were determined to improve on-field discipline and get their penalty count below 10 for the first time at the tournament.

"We haven't been quite at that level for quite a while," he said. "But on the other hand, test matches are tough and if you try to hard to be whiter than white, you give too much away.

"Silly penalties you've got to get rid of but there are a few which are 50-50 and they're not going our way."