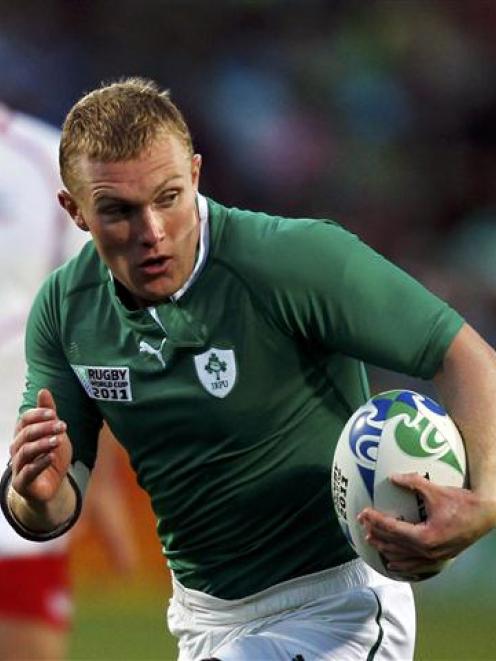 His eyes, though, have always been firmly fixed on next weekend's clash with Italy.

The Irish ran in nine tries to hammer Russia 62-12 in wet conditions in Rotorua on Sunday but his players had not even got out of the showers before Kidney was turning his attention to next weekend's clash in Dunedin.

"We're doing okay," he told reporters. "Australia was the game everybody was talking about, but we always knew Italy was going to be the vital game if we were going to get out of the group.

"The fact that we find ourselves in a winner-takes-all situation, more than likely, with Italy next Sunday, it's just like a Cup final.

"The fact that we've something to play for is great, there's obviously a big prize to play for ... but you know you could also be going home on the flight the next day as well.

"We wouldn't be under any illusions about the task ahead."

Flyhalf Ronan O'Gara gave Kidney the kind of problem coaches like to have with a man of the match performance against the Russians to put pressure on Jonathan Sexton in the battle for the starting against the Italians, who play their third match against the US on Monday.

"We'll see how training goes during the week," Kidney said when asked who was his first-choice flyhalf. "We've built a squad and I've said all along that we are blessed that we have two good 10s and that showed again tonight."

The 34-year-old O'Gara was delighted with the performance of the team at a rain-sodden Rotorua International Stadium.

"We were keeping it simple. The conditions were poor, but the pitch is a great surface," he said. "We had good ball in hand, there were good passes and good strikes.

"It would be a huge waste of opportunity if we went home next week."

Kidney, who had made 10 changes to his side from the team that shocked the Wallabies last week, was particularly delighted with the contribution of his squad players.

"Tournament football is a little bit different I think than the other competitions we play," he said. "Over this tournament, you're going to delve into your resources.

"For some of the lads it would have been quite difficult when you're getting your first run in four or five weeks and the enthusiasm was brilliant.

"Once you get into the stage of the tournament when you are in knockout matches, you might have to call on them at any stage."