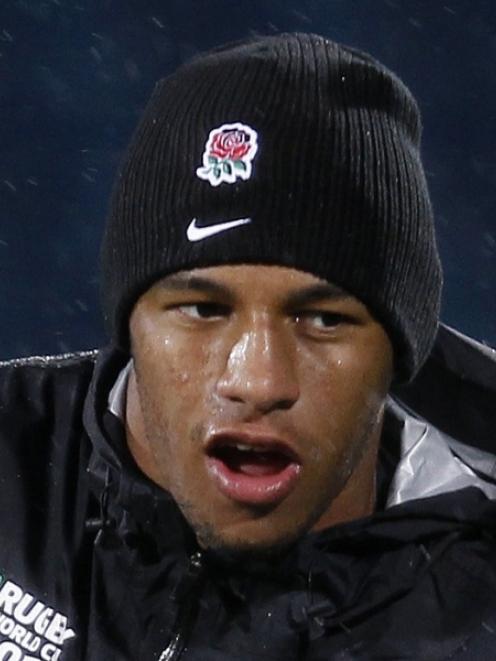 Courtney Lawes. Photo by Reuters.
England lock Courtney Lawes was handed a two-match suspension today after being found guilty by an independent citing commission of striking Argentina hooker Mario Ledesma with his knee.

The punishment means Lawes will miss England's World Cup matches against Georgia and Romania in Dunedin on September 18 and 24 respectively, but will be free to play the final Pool B contest against old rivals Scotland on October 1.

The incident happened during England's 13-9 victory over the South Americans in their opening World Cup match in Dunedin on Saturday.

Ledesma initially appeared to have been knocked out cold after the 22-year-old Lawes slid into the Argentine's head after the hooker had been tackled into touch near the try-line.

However, the Pumas forward recovered quickly to resume playing after receiving treatment.

"He dived in to make a try-saving tackle in a fast-paced game... We thought it was okay but they didn't obviously," England manager Martin Johnson told reporters shortly after hearing of the suspension.

Australian independent judicial officer Terry Willis said the incident was a low-end offence which carried a minimum three-week penalty but Lawes's good disciplinary record and remorse lowered that by a week.

Lawes had pleaded not guilty to the offence, which can result in a suspension for several months, and has two days to appeal the decision once the full report is released in the next 24 hours.

The athletic, hard hitting second row, has become a key man under Johnson, who was disappointed by the decision.

"We just got the news, spoken to the guys, disappointed to lose a good player for us, obviously we have the cover there but it's not great," Johnson said.

"The good thing for us is that squad-wise we are going to need to play players."