Seniors who take aspirin daily are twice as likely to have late stage macular degeneration, an age-related loss of vision, than people who never take the pain reliever, according to a European study.

The data do not show that aspirin causes vision loss. But the findings, published in Opthalmology, are of concern if aspirin somehow exacerbates the eye disorder, given how many seniors take it daily for heart disease.

"For people who have age-related macular degeneration, it probably isn't wise to recommend taking aspirin," said William Christen of Brigham and Women's Hospital in Boston, who was not involved in the study.

Of the 839 people who took aspirin each day, 36 had an advanced form of the disease called wet macular degeneration - or about four out of every 100 daily aspirin users.

In comparison, roughly two out of every 100 people who took aspirin less frequently had the same type of macular degeneration.

The wet form of the condition, caused by leaking blood vessels in the eyes, leads to vision loss in the center of the eye's field of vision. The dry form is more common and less severe, although people still suffer visual impairment.

Together, wet and dry macular degeneration make up the leading causes of vision loss among people over age 60, afflicting millions of U.S. residents.

The researchers found that aspirin use was not tied to the dry form, nor to earlier stages of the disease.

"I don't think that's surprising," Christen told Reuters health. "I think the effects of aspirin may be different in the early stages of age-related macular degeneration than in the late stages."

De Jong told Reuters Health there has been controversy over the link between cardiovascular disease and macular degeneration.

He wrote in an email that his team had analysed as "meticulously as possible" whether cardiovascular disease might have influenced the results, and still found that aspirin users - regardless of their heart health - are at a greater risk of the more serious type of vision loss.

For people with cardiovascular disease who take aspirin to prevent the condition from worsening, the benefits of the drug outweigh the risks to visual health, he added.

"A healthy eye with full visual capacities is of no use in a dead body," he said.

Larger studies that follow people over time and document their aspirin use and vision will help resolve aspirin's role in macular degeneration, de Jong added. 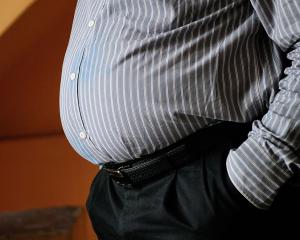