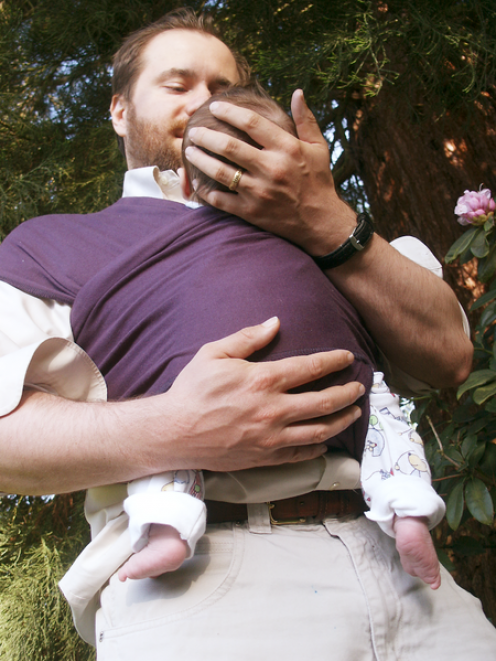 Photo by Wikimedia Commons.
Fatherhood can be the key to transforming anti-social young men into responsible citizens, according to new research commissioned by Victoria University's Institute of Policy Studies.

Dr Gareth Rouch studied a group of young dads in the Wairarapa region for his PhD thesis and found that becoming fathers transformed their lives.

Having kids changed the men's attitudes towards the world and made them see the value in taking up work, acquiring job skills and improving their lifestyles, Dr Rouch said .

"They were committed to doing the best for their children and were open about the deep emotional bond they had with them."

The study focused on 23 men aged between 20 and 29. They all had at least one child over one-year-old and some had several.

Dr Rouch spent about eight hours with each participant, all of whom had grown up in working-class families during the 1980s and 90s. Before having kids, many of the men did not see any economic future for themselves and made little effort to find work.

"One of the subjects even went as far as saying that when he was a teenager he expected to be dead by the time he was 20, so saw no point in looking ahead to the future." said Dr Rouch.

Although the study centred around men in Wairarapa, the research did have national implications.

"It is critical that any intervention in helping these men into work takes place during the early period of fatherhood when their self-concept as a bone fide member of society is still relatively novel to them," Dr Rouch said.

By becoming fathers these men obtained a social status, a role, and a sense of their potential social capital as men who worked, supported their family, and engaged in a network of loving relationships, he said.