Thinking Allowed: Case of taking the bad with the good 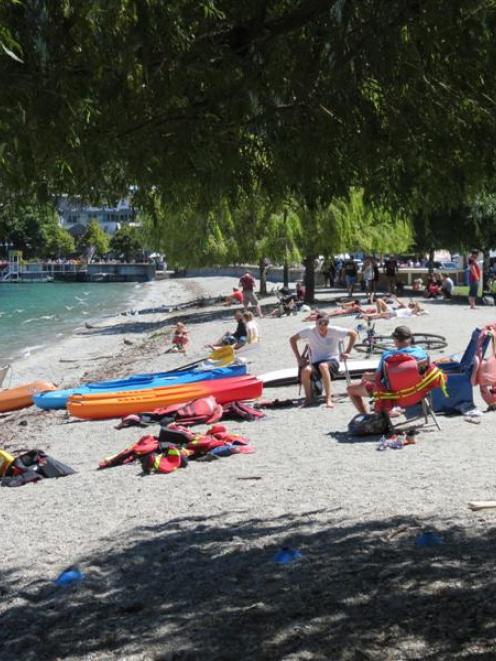 Everyone knows that too much sunshine is not good for you and yet there are concerns that vitamin D deficiency is on the increase. Photo by James Beech.
It is a truth universally perpetuated that natural is good for you: that's if greenie supermarket packaging and brown paper-wrapped cosmetics are to believed.

Natural? Always good? No way, as I reminded myself over a batch of comfrey last week.

Call me a Hawea hippy, but my impulse when friends are broken is to make them something nurturing and natural. Chicken soup can only go so far, so I've increased my repertoire to all kinds of things to drink, eat and, umm, rub.

For a friend with broken bones, one superhippy I know recommended comfrey. Which she grows prolifically. But, see. I did the research and found out comfrey is one of those plants that hurt as well as heal. Which sparked a conversation at home about things that can be good for you and bad for you. Which didn't quite go as planned. We'd covered the basics. Coffee, red wine.

Clearly, the key here is only to believe the research that supports your world-view. As for trickier natural substances, I don't think the other half of the conversation quite grasped the point.

Him: Soft drinks. They're good and bad.

Him: Well, everyone knows they're bad for you but they taste good with spirits and even, like, hydrate you and everything.

Anyway, from other, less flippant sources, I have gleaned this list of natural substances. Things that can both hurt and heal. In no particular order but alphabetical.

Comfrey
Awesome for bone-knitting, according to legend and testimony. But best as an external application. Think mashed poultice and infused oils rather than lasagne or stir-fries.

Even though it has been touted as a cure for cancer, a slug repellent and an excellent addition to your compost, you may be scared off by stories of comfrey doing nasty toxic things to your liver when ingested.

Fruit juice
Confusingly, apple juice and orange juice have been shown to reduce the effectiveness of some cancer, high blood-pressure and heat-condition drugs. Naringin (which sounds like a fruit ninja warrior) is the culprit in this case. Are any fruit juices to be trusted? Are we better off with coffee and wine?

Grapefruit
Long the breakfast of svelte overachievers. Grapefruit, despite its great vitamin C content, low calorific value and taste that makes you pucker your lips untastefully, is also bizarre in how it interacts with certain drugs.

Chemicals in grapefruits called furanocoumarins strengthen the effect of drugs such as the contraceptive pill by interacting with a natural thing in our insides called cytochrome P450 3A4. Which should be good news, right? But apparently not. It makes them too potent or something. Like you're really contraceptivised.

Kava
It helps you relax, it's massively a part of Pacific Island culture. It tastes nasty so it's bound to be good for you. Right?

A worldwide scare about packaged kava pills causing hepatotoxicity this last decade has now been put down to mould in the pills. Better, perhaps, to sup it from the shells in its natural setting.

Liquorice
It's fifty times sweeter than sugar. It's one of those teas that you either love or hate. Advocates say it helps you cough up mucus, soothe ulcers and treat reflux.

But it contains another unpronounceable baddy, glycyrrhizin, which can lower your potassium levels, give you high blood pressure and turn you into a real Hawea hippy when you demand it after dinner at parties.

Salt
Yeah, yeah, I know. This is almost in the coffee and red wine bracket. But salt mostly gets a bad rap and perhaps rightly so. We consume, on average, around twice our necessary salt intake each day, according to the Stroke Foundation of New Zealand.

However, unrefined salt is supposed to help you sleep better, regulate your hormones and, in the right application, get you through to the next round of MasterChef to live another product-placement day.

Sunshine
After a summer in Europe (though in England they could've been done under consumer protection laws for false advertising on that account) it was a rude awakening to come back to the blazing burn of New Zealand. Yes, even in the pitiful summer we've had, it's mandatory to be scrupulous about the sun.

And yet there are worries that vitamin D deficiency is on the increase. Our bodies can't magic it when we're covered in sunscreen or hiding inside. What's the answer? Supplements? Risk the sun? After all, it feels so good until you're burnt to a lobster-like crisp.

Safest, probably, to stay inside, away from the plants and herbal teas. I hear television's really inspiring at this time of year. Even (especially?) in hippiest Hawea.