Growing with the flow 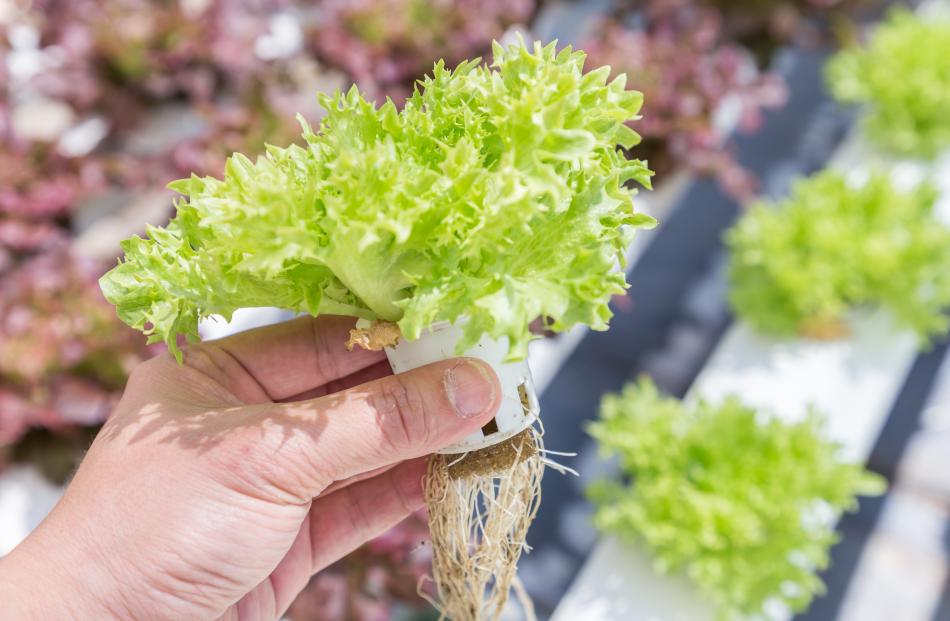 Lettuces grown hydroponically seem to have the same flavour according to John. 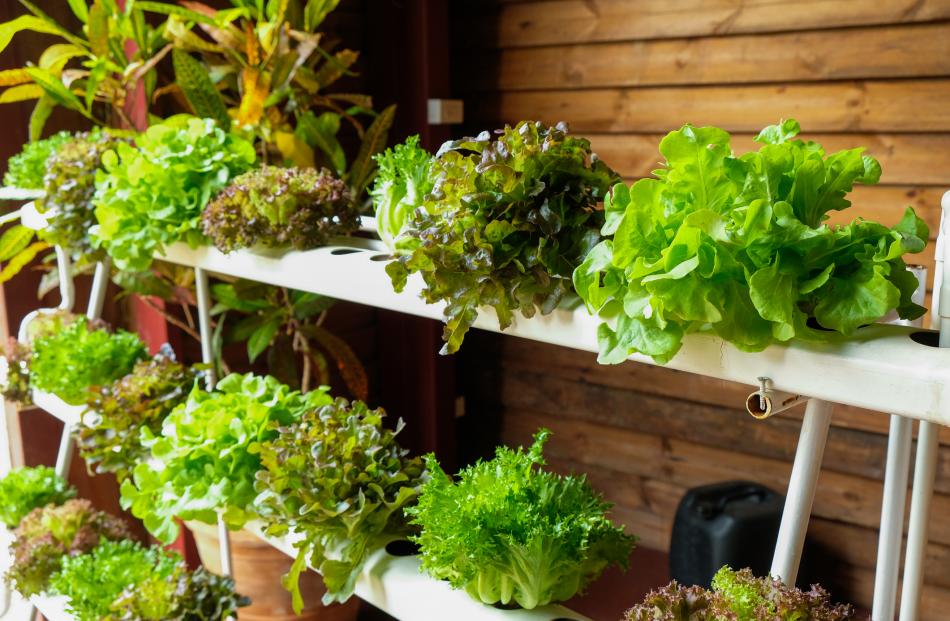 Hydroponics can be a great space-saver in the greenhouse, but it pays to remember that the higher you go, th egreater the demands you make on a pump. Photo: Getty Images 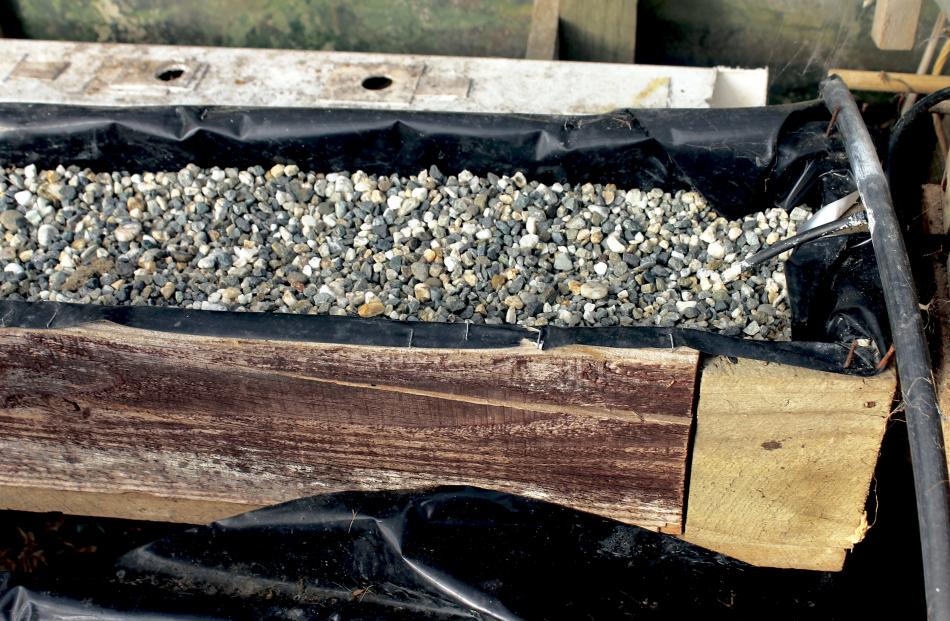 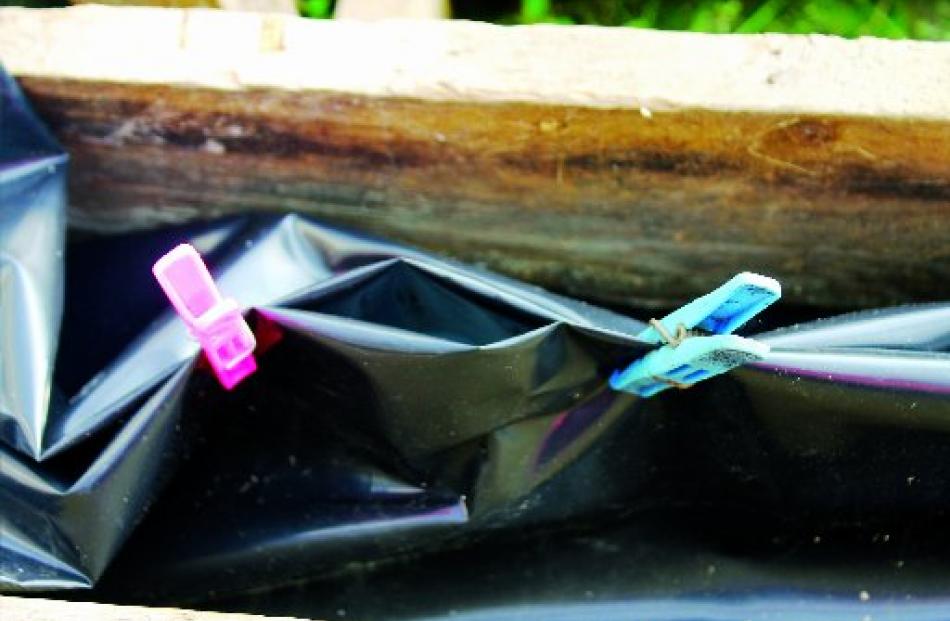 Clothes pegs serve as clips to hold the Panda Film together and seedlings in place. Photo: Supplied

When it comes to getting a head start on the growing season, hydroponics could give you a helping hand, writes Diana Noonan.

Hydroponics first hit the headlines around 40 years ago, and with the rise of organics, faced a slow decline. But that doesn't mean it's had its day, as a recent vege growing club discovered when it invited a speaker on the subject and found the audience was one of the largest they could remember!

What they and many people are interested in is how hydroponics, used in an under-cover environment, eases the limitations of the seasons. It allows gardeners to sow seeds over winter, warm plants through a chilly spring and nurture them over whatever summer may bring.

With all this and more in mind, I decided to check out the hydroponics-under-cover combo with one of my favourite under-cover gardeners, a grower who's had four decades of experience in this fascinating dual art, John Sadler. 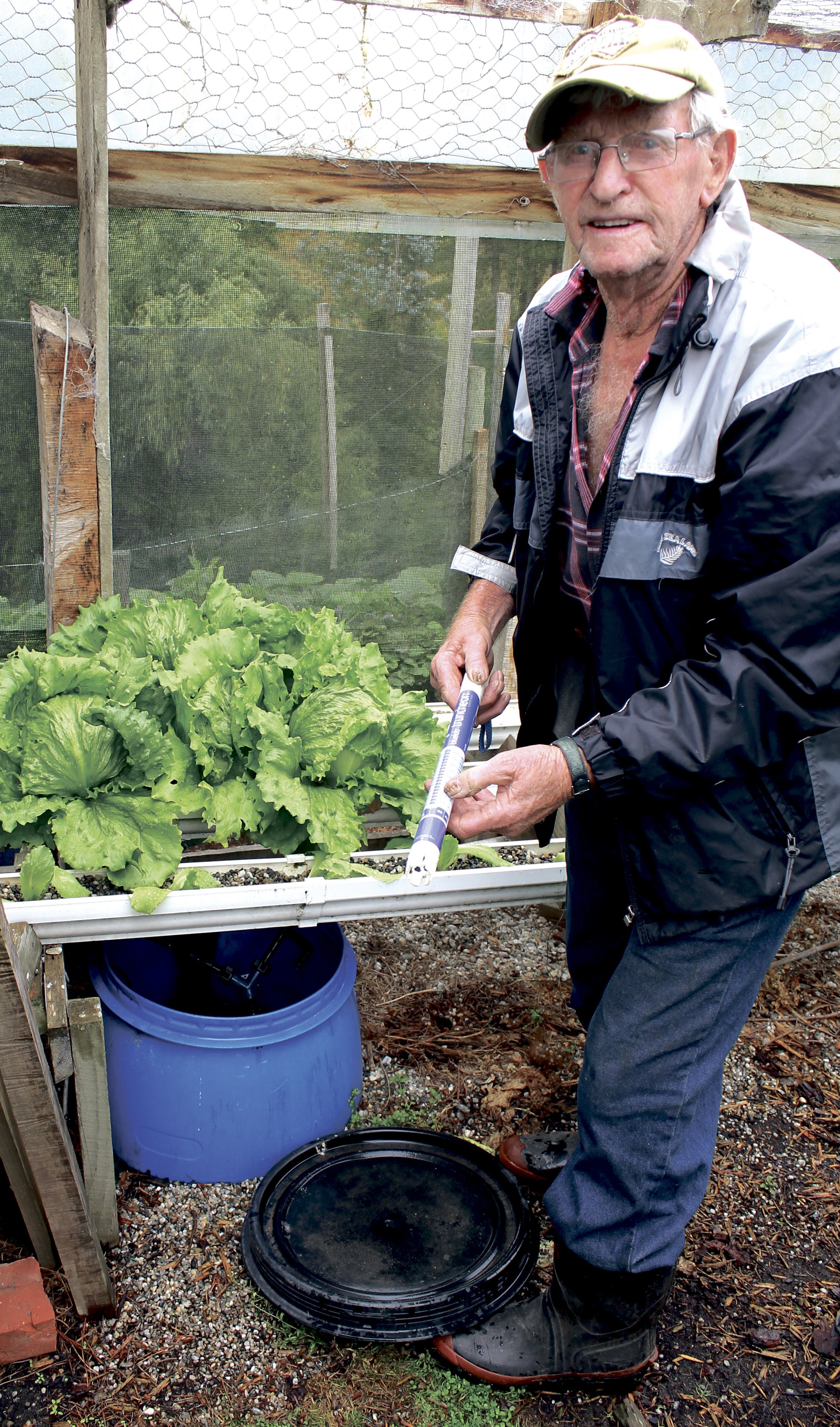 John first heard about hydroponics in the mid-1970s, saw the advantages of using it in the greenhouse, and was soon high-tailing it to Invercargill for a basic system with ready-mixed solutions. You simply added mix A to mix B and away you went. It may have been beginner's hydroponics, but it stimulated John's interest to the extent that he attended a seminar held by the late gardening personality Eion Scarrow - and never looked back.

"You can start growing hydroponically very simply with a store-bought system and get satisfactory results, but if you want to refine the business, you have to take it further.

"I started buying my nutrients in bulk and mixing them myself. I bought a nutrient meter and learned to take the CF (Conductivity Factor) readings so I could understand exactly what strength of feed the plants were getting.

"Not all plants require nutrients of the same strength. Lettuces, for example, require only a weak solution to grow well; tomatoes need a stronger feed." 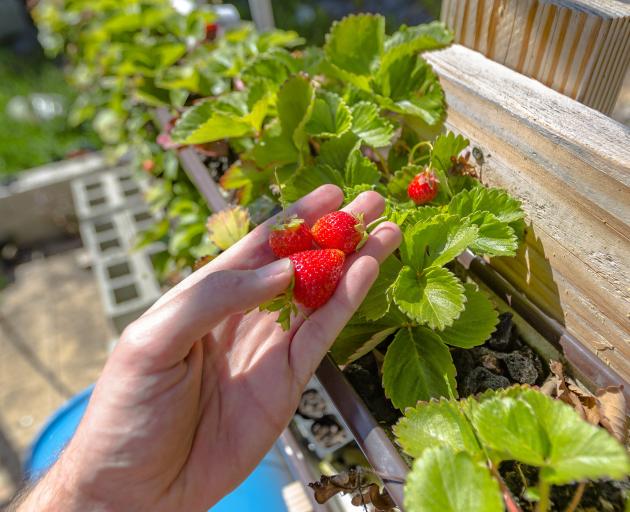 Get early strawberries when you combine hydroponics with under-cover growing. Photo: Getty Images
Turning up the heat

For a grower in a cooler part of the country, under-cover hydroponics was a hit, especially when John introduced a water-heating system into the equation. It means that at a chilly time of year, the water solution feeding his plants is around 16-18degC - the equivalent of having nicely warm soil in winter.

In summer, the water temperature rises to about 26degC. Because the water heating is thermostatically controlled, cool nights are never a problem, either.

"Using hydroponics in combination with a water heater and a greenhouse means I can get my tomatoes growing much earlier in the season. I sow the seed in mid-June and we're eating the fruit by early December."

That's a pretty good result, given that most people in the lower South Island wouldn't be eating their own tomatoes until late January or even February.

Strawberries are another hydroponic under-cover edible which John gets off to an early start, setting out the plants in June. While climbing plants such as tomatoes, cucumbers and runner beans don't require a medium to grow in because they are able to be supported on strings, the strawberries and other "floppy" plants are set into lengths of spouting filled with gravel. John has also grown broccoli hydroponically, but as it's a seriously heavy plant, supporting it has its problems.

Plants grown without a gravel medium are placed in wooden troughs that John has constructed out of 150mm x 25mm timber. The troughs are lined with "Panda Film", a plastic grow-sheet that is white on one side and black on the other. John turns the black side towards the sun to draw in warmth. The sheeting is gathered up at each end of the trough and a plug in the floor allows the nutrient solution to drain out. Along the base of the plastic is a capillary sheet (an absorbent fabric),

on which the seedlings sit. Because the seedlings don't grow in a medium, they are held in place by a clip that draws the Panda Film together at each side. 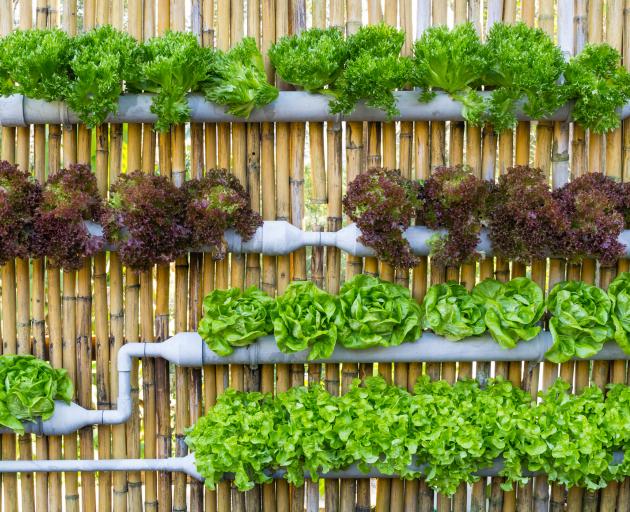 In the greenhouse, where space is at a premium, hydroponics enable more plants to be grown than would otherwise be the case if they were planted in the soil. That's due to there being no competition for nutrients - the plants get all they can use because the feed is on-tap 24/7. There's also no weeding to be done, meaning the only tasks to attend to are de-lateraling and watching out for insects and disease (and John reports that he notices no difference in this respect from soil-grown plants). Add into the equation that no carting in of compost or new soil is required, and under-cover hydroponics begins to look tempting for a wide range of growers.

John, and his wife Rosemary, report that the skins of hydroponically-grown tomatoes are significantly different from those from plants grown in soil.

"The skins are much more tender - never tough, and the taste is no different. Lettuces grown hydroponically seem have just the same flavour, too."

With so many advantages, it's no wonder John is in his 40th year of growing under cover with hydroponics.