House for all seasons 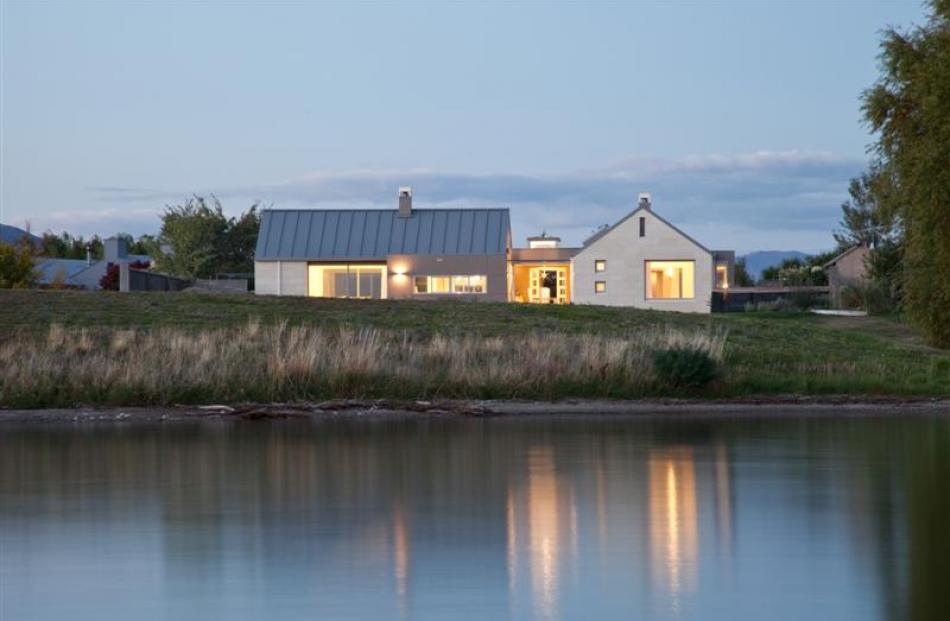 The home enjoys an abundance of natural light and connects seemlessly with the reserve adjoining Lake Dunstan. Photos by Graham Warman/www.grahamwarman.co.nz 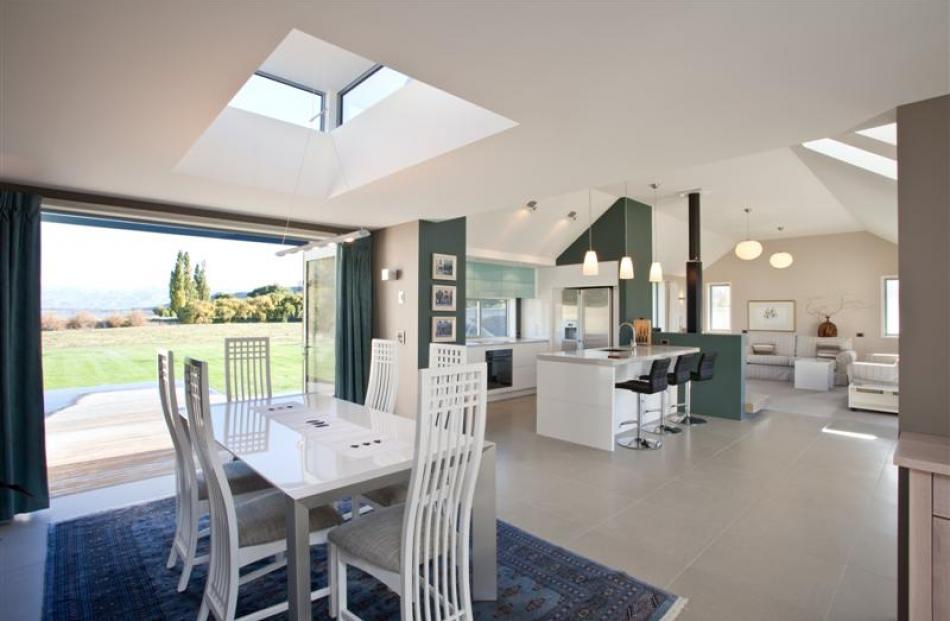 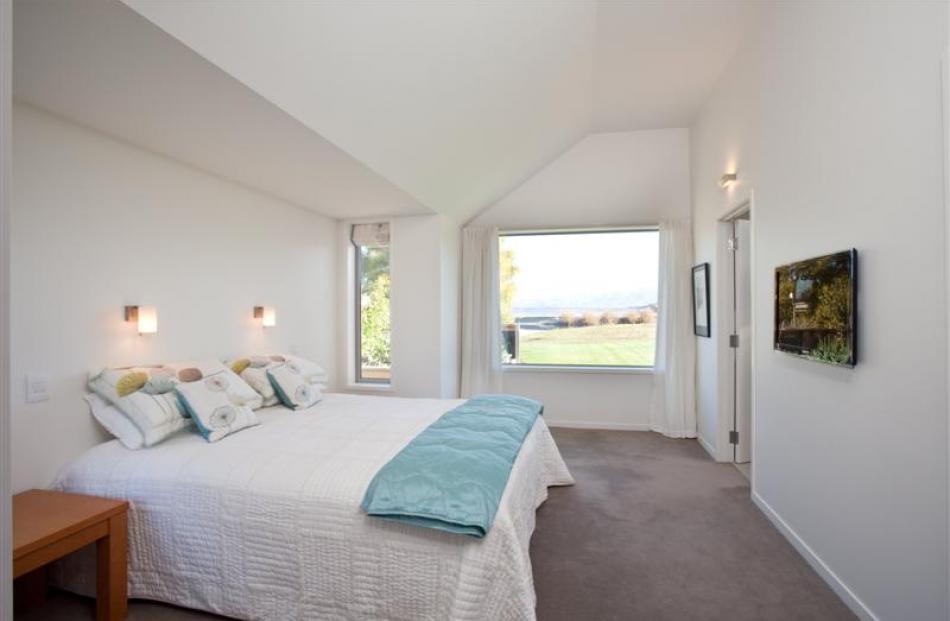 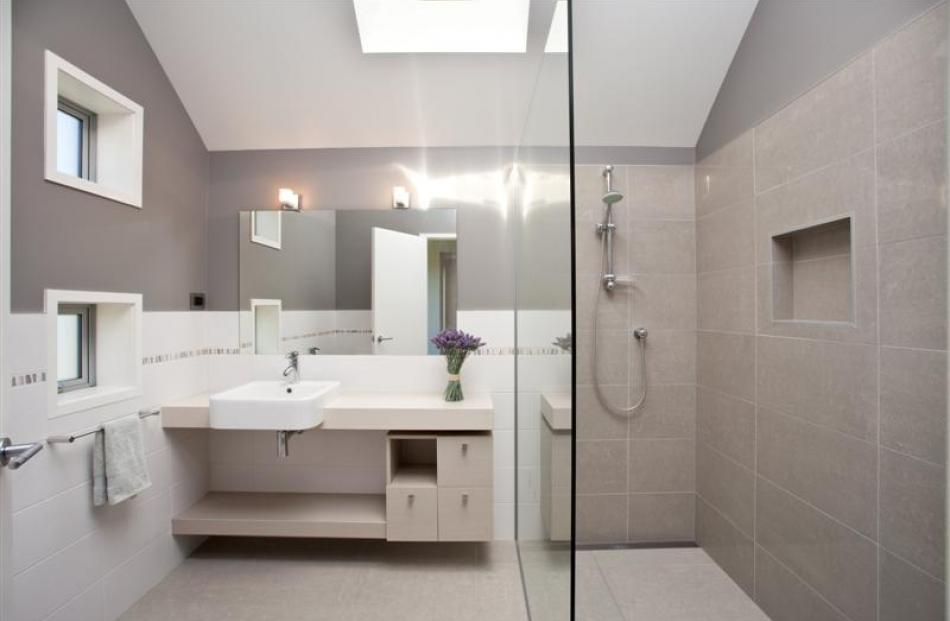 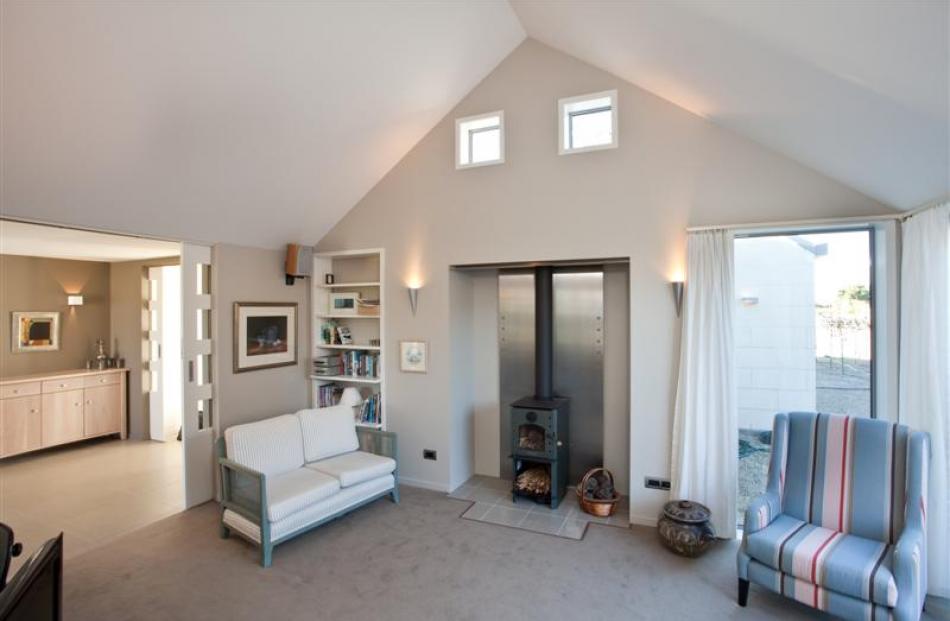 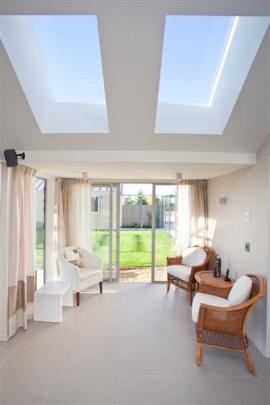 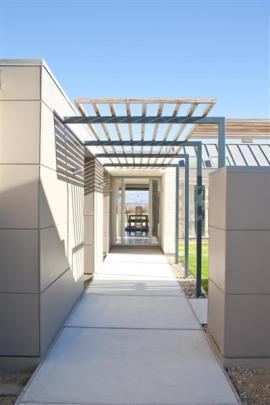 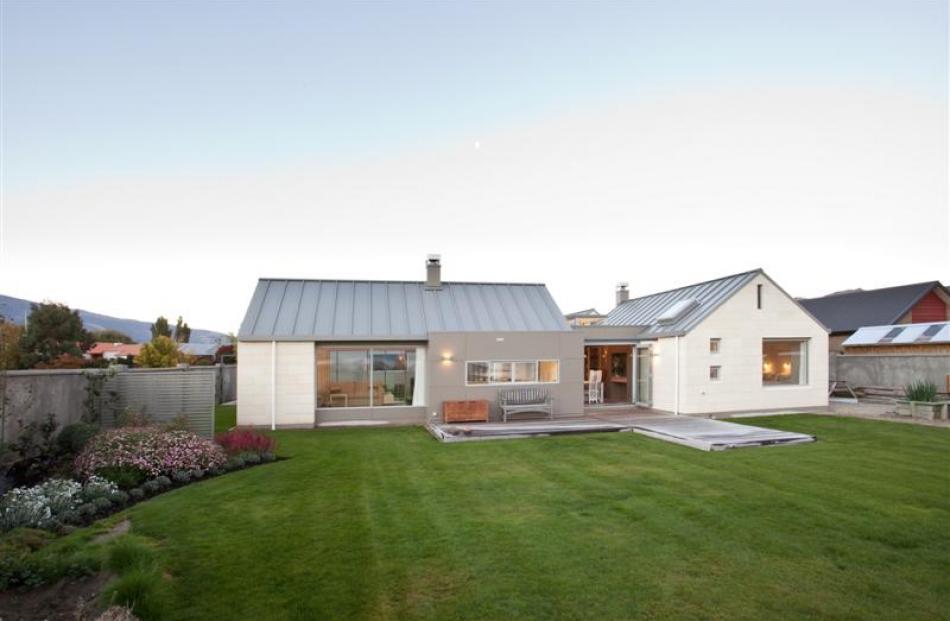 Big enough for a crowd, yet cosy enough for two, this Cromwell house offers the best of both worlds. Kim Dungey reports.

Living spaces that would adapt to the demands of different occasions and seasons was a priority for a Dunedin couple planning their Central Otago holiday home.

The result is an award-winning house that despite its open-plan layout, also provides some surprisingly intimate spaces.

Sited on a 1150sq m section in the Wakefield Bay area of the Pisa Moorings Estate, the home opens on to a reserve adjoining Lake Dunstan and also has views of the Pisa mountain range.

Architectural designer Mike Stevenson says the owners wanted a contemporary Central Otago-style house of pitched roofs and natural stone which would maximise the views and have private outdoor living space.

Flexibility is key and there are several places where the owners can use sliding doors to open up or close off areas.

One is the guest accommodation along the eastern boundary, where a cavity slider in the hallway closes to create a guest suite with private bathroom.

Another is the snug.

Separating the larger living space from the main bedroom, it provides additional entertaining space when open to the dining area, or a small lounge in quieter times.

There are also a variety of outdoor areas to provide shelter from the elements, whatever the weather. These range from a private central courtyard to a jetty-like deck giving access from the dining area to an open lawn and the lake beyond.

The owners, a retired couple who would like to remain anonymous, say even in the open-plan living area, individual zones are defined by different ceiling heights and shapes.

The form of the house might echo homes of earlier times but the pair say they didn't want to use "schist and large, second-hand bridge beams" as many people do when building in Central Otago. Instead, the exterior cladding is a mix of Oamaru stone and fibre cement panels, making for clean lines and easy maintenance.

Being only one room wide, the living wing gets all the available sun throughout the day and opening sliding doors and windows is enough to provide a cooling breeze when needed.

The interior colours include muted greens and browns, to reflect the surrounding landscape, and a turquoise blue in the kitchen, which picks up the colour of the lake.

The couple use the three-bedroom, two-bathroom house frequently, even in winter, and say the designer captured "exactly the way" they like to live.

Dave and Diane Stevenson designed them a small holiday home in Arrowtown 30 years ago and they knew son Mike had a similar approach: "He takes a very human point of view and makes his homes very liveable."

The house won a gold award and the category for new homes valued at between $600,000 and $1 million for CDL Building at the recent Registered Master Builders Southern Region House of the Year Awards.

It also won the award for new homes over 250sq m at the recent Otago-Southland Architectural Designers Awards, where judges praised the property for its simplicity and directness of design.

The 289sq m size was masked by the intimacy of its consistent elements and the use of the garage to make a courtyard was a masterstroke, they said.

"Simple forms, pitched roofs and natural stone cladding honour the enduring traditions of early pioneer cottages, and provide an elegant solution to the challenges of the Central Otago climate."