Past favourites that deserve a comeback

Photo: Getty Images
Plant lovage, hyssop and summer savory for both your patch and your table's sake, writes James Wong.

As a botanist obsessed with food, I have always found one particular statistic perplexing. Of the estimated 300,000 plant species on Earth, about one in six are edible. Yet our species subsists almost exclusively on the harvests of a mere 100 plant species. That is, astonishingly, just 0.2% of what we could be eating, meaning we are missing out on 99.8% of the options that are available.

Talk about a culinary travesty.

In the past century this limited repertoire has shrunk even further, as hundreds of crops that were once commonplace have fallen out of cultivation as part of the increasing homogenisation of global diets.

We gardeners are the lucky few who are able to break free of this culinary monotony, growing flavours that are all but forgotten.

If you are planning a herb patch, here are three herbs that are long overdue a renaissance. As plants of all of these species can be picked up cheaply at any specialist herb nursery online, once you have tracked down a source of one, you will only be a couple of clicks away from getting the whole hat-trick. Your tastebuds will thank you. 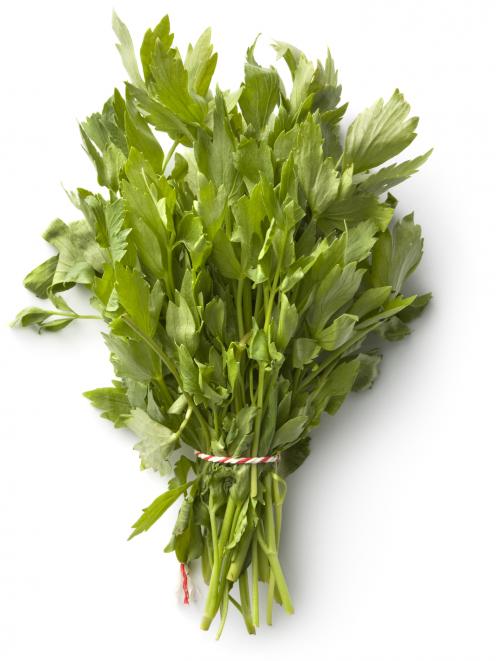 Probably the easiest of all culinary herbs to grow, lovage (pictured right) bursts up from below ground every spring at about this time. It has a rich, brothy flavour, halfway between celery seed and stock cubes, which is probably why the herb is still a popular ingredient in sauces and gravies in Europe. Lovage plants are vigorous growers, unfussy about site and soil. In fact, bucking the trend for most herbs, which tend to demand sunny, well-drained sites, it's perfectly at home even on shady sites.

Combine the fresh brightness of mint and the earthy warmth of rosemary and you would be pretty close to describing this once ubiquitous herb of medieval Europe. The hint of bitterness and floral lavender-like fragrance makes hyssop one of the most complex culinary herbs. Traditionally believed to have digestion-aiding properties, hyssop was added to rich or fatty foods like roast meats, duck and sausages. I love it with garlic and plenty of black pepper as a rub for roast chicken. All you need to grow this Mediterranean native is a bright, sunny space on well-drained soil, preferably near a window so that you can enjoy the purple haze of its summer flowers.

Summer savory has a pungent pepperiness combined with a fresh aromatic uplift much like thyme. Yet despite its robust flavour, summer savory does not dominate, making it surprisingly versatile. It works a treat smeared on fish before grilling, as well as in omelettes, soups and stews. Unlike its perennial winter cousin, the summer form is an annual, so it needs sowing every year. Now is a perfect time to get started. -