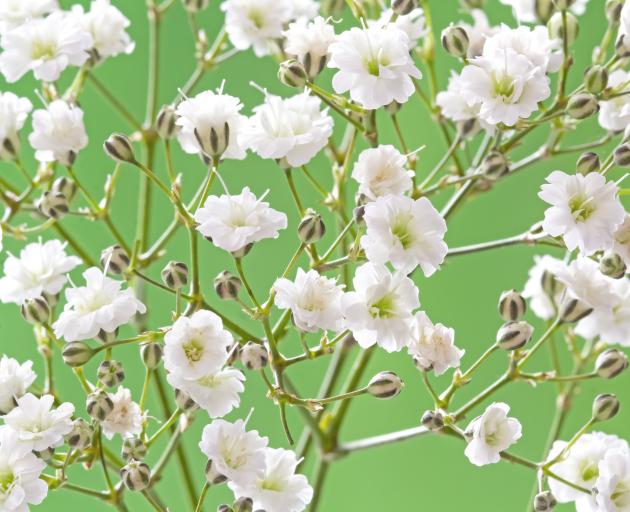 Photo: Getty Images
You used to see them on petrol station forecourts — now they are achingly on-message, a floristry fave back, writes James Wong.

As an ethnobotanist, it’s perhaps not a huge surprise that I find our ever-changing cultural attitudes to plants fascinating, and nowhere is this more the case than in gardening fashion. Just as with food or clothes, trends can be dismissed as gimmicky, superficial or consumerist, but I believe they also play a vital, yet overlooked role driving innovation.

They can often force us to sit up and take notice of ingredients and ideas one may never have otherwise considered experimenting with. In doing so, they may force us away from sticking to the same safe repertoire of tried and tested favourites.

Even if I loathe a particular trend (as I do with the Instagram craze for variegated aroids, for example), I know in itself it is a positive thing as it can help designers clarify what they do like, or even go against dominant trends to create new ones. Here is an example of an emerging trend that I think is long overdue. Hear me out — it’s gypsophila.

Now, I know you are probably thinking that these frothy white sprays of tiny flowers, commonly referred to as baby’s breath, are anything but a new trend. In fact, they were a staple of floral arranging for decades, in the kind of ‘‘forecourt floristry’’ you saw at 1980s petrol stations, where every assembly-line bunch of red roses had great fistfuls of wispy white nestled in it. So ubiquitous were they that there was a reaction and, for at least the past two decades, they virtually disappeared. They were considered the floral equivalent of pot pourri or crocheted loo-roll covers.

However, starting at fashion shows around 2018, designers began to use the flower heads not as a bland filler, but in bold, single-species displays installed en masse. Ethereal clouds of soft white blossoms were seen hanging from fishing wire in midair mobiles, or fashioned into minimal headdresses.

This really modern take mimicked the billowing graphic shapes of coloured smoke in fashion photography and music videos and, for me at least, totally changed how I see this genus.

As horticultural trends almost always start in floristry — much as those in skincare ingredients mirror those of the food industry, trailing only a year or two behind — I think it is surprising we haven’t already seen these flowers hitting horticulture. Especially since this genus is so unbelievably versatile in the garden.

First, they come in a variety of species and cultivars to suit everything from herbaceous borders and patio pots to tiny alpine gardens. They are really resistant to pests, diseases and drought. They combine well with other flowers and make long-lasting cut flowers that will also dry beautifully. For lovers of colour, they even come in some quite bright pinks, alongside the more common white.

As long as you have a site in full sun with well-drained soil, you have the perfect conditions for them.

So if you fancy trying something new this year, make it a drift of fluffy white clouds.

The best news? February and March are the perfect months to do it, so you can start right now.