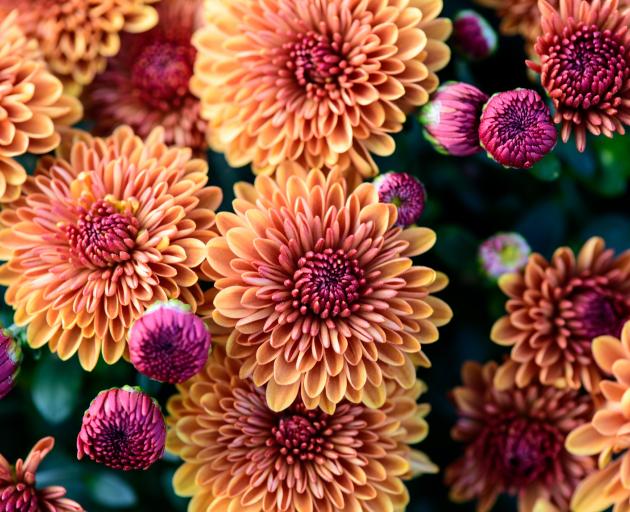 Cauliflowers can still be planted to stand over winter. In cold, wet districts plants may produce a poor crop. Choose a warm, sheltered north- or northeast-facing slope and plant them at least 60cm apart.

Celery and leeks should be watered if the ground is dry and liquid manure used occasionally. Green crops, such as barley or oats, can still be sown on spare ground and dug in during the winter. The plant foods locked up in a green manure crop prevent nutrients leaching from the soil in heavy rain.

Autumn-sown sweet peas produce stronger plants with better flowers than those sown in spring. Sow seed in trays or pots and plant out when new growth is apparent, about August. Alternatively, if winters are reliably mild and the soil is well drained, sow seed in open ground where the plants will flower. Sweet peas can produce flowers for three or four months, drawing nutrients from the soil, so the richer the soil, the better the blooms. Use rotted manure or compost and add 100g lime and 40g superphosphate per square metre. A second batch of seed can be sown in late September. Cupani, a sweet pea known in England since 1699, is a mauve and maroon variety with exceptional perfume. Pink and white Painted Lady is almost as old, dating from 1737. Other heritage varieties offered by New Zealand seed companies include scarlet Henry Eckford, orange Prince of Orange, navy blue Lord Nelson, cream Mrs Collier and pale pink Miss Willmott. Modern varieties include the Horizon and Melody strains, bred in Auckland by Keith Hammett. Most sweet peas will climb to about 2m, but Little Sweetheart and Bijou are dwarf varieties that can be grown without support.

Late chrysanthemums will be coming into bud and require some pruning to produce best-quality blooms. Nip out the buds when they are just big enough to handle, leaving one to a stem. Feed the plants with liquid manure and mulch around them with garden compost to retain soil moisture.