Lettuces are thought of as a summer vegetable, but the seed of some hardy types, such as the old French variety Merveille des Quatre Saisons, can be sown under cloches or under glass to make slow growth until longer days and more sunshine return. The soil must be well drained and supplied with plenty of organic material, because lettuces are gross feeders.

Jerusalem artichoke tubers are now ready to harvest. A new crop can be planted at any time from now until early spring. If you want to try them, look in the supermarket or farmers market for large, light-coloured ones without deep eyes in the tubers. Artichokes respond well to liberal manuring and their top growth, which can reach 3m, provides a useful shelter for tender crops. The drawback with this member of the sunflower family is it can spread rapidly and become invasive, but growing it in a stack of old tyres can overcome the problem. For the best tubers, grow it in rich, cool soil. One plant should yield about 1.5kg of tubers.

Organic material accessible to urban gardeners is limited. Sawdust is a source of plant food, especially on heavy clay soils, and can be used as a mulch between rhododendrons, azaleas and camellias. Sawdust is not well-balanced, though, and putting it on the flower border can do more harm than good, as it locks up large quantities of nitrogen as it decomposes.

The best way to use sawdust for general garden purposes is putting layers in the compost heap, watering it well then sprinkling a layer of poultry manure, sulphate of ammonia or dried blood on top. Mixed with other ingredients in the compost heap, sawdust does make a useful addition to the humus supply of the garden. Autumn leaves, straw, haystack bottom and pine needles are other useful forms of organic material which should be broken down in the compost heap.

Although once considered only for rockery use, alpine bulbs can be used more widely in the garden. Hoop petticoat daffodils (Narcissus bulbicodium) look best when grouped and will gradually spread out if well-spaced at planting time; Anemone fulgens produces rich, scarlet flowers in late spring; Chionodoxa, or glory of the snow, flowers in late August and September; while Eranthis, or winter aconite, is the earliest of all, with bright yellow flowers set in a circle of shiny green leaves.

Although cream is most common, dog’s tooth violets come in a range of colours and prefer shaded positions with plenty of leaf mould in the soil.

If you have not ordered new fruit trees and prepared the ground for them, do not delay. As well as trees, soft-fruit shrubs, plants and canes are also available now.

Older gooseberry varieties, susceptible to an American mildew inadvertently introduced in 1984, have almost disappeared but two English bred gooseberries, Invicta and Pax, are resistant to the disease.

Like gooseberries, red, black and white currants belong to the Ribes genus and although American mildew (Sphaerotheca morsuvae) has been found on these fruits, it is not as devastating as it is on gooseberries. 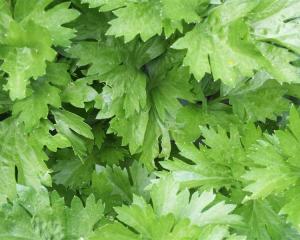 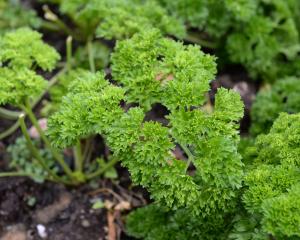