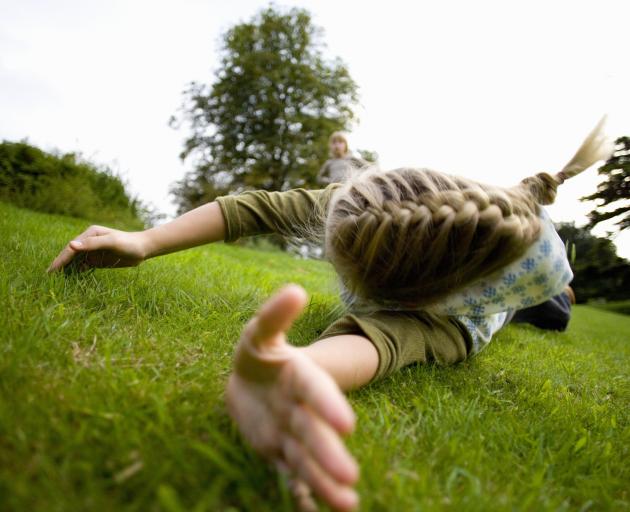 Illness is more likely to trip you up in New Zealand. Photo: Getty Images
You are better off falling than falling ill, according to the research.

Do people who are injured get a better deal than those who are ill? What difference does this make?

What impact does ACC have on this?

Prior to the introduction of a public health system and social security in the 1930s, illness or injury could be catastrophic for people and families. Friendly societies had an important role in supporting people through tough times if they got ill or injured, but only a minority of people belonged to them.

Illness or injury can still result in catastrophe in many countries today, including the United States, where they can lead to a downward spiral of job loss, loss of health insurance, exorbitant healthcare costs, bankruptcy and homelessness.

In one paper they published, the authors explored the economic outcomes for the stroke group and the injury group. One year after the event people in both groups were less well off than they were before the event. But the decline in income was much greater for people who had had a stroke. More of those people reported financial hardship after a year.

Because the injured people were getting more income than those in the stroke group, you might think they would feel less urgency to get back to work. However, even at three and a-half months after the event, the injured group were more likely to have returned to work. This was also true at 12 months. The authors wondered if this might be because the stroke group were more likely to have cognitive problems. So they just compared the injury group with people who had had a stroke but did not report cognitive problems, and found the people who had had an injury were still more likely to be back at work. Another paper by the same research group compared people with spinal injury who were eligible for ACC with those who were not and found similar results, adding support for the argument that it is ACC that makes the difference.

So it seemed ACC, with its more generous income protection, case management, rehabilitation plans and provision of equipment, does help people get back to work after injury and assist them in maintaining their pre-injury income. This is reassuring since this is the goal of the ACC, "to get New Zealanders back to everyday life if they have had an accident". However, the ACC system creates inequity between people who face the same struggles from a different cause. If an illness causes similar impairment and disruption to everyday life, the support provided and the outcomes can be very different. The authors note that if you are ill the provision of back-to-work rehabilitation is more haphazard and largely up to the person themselves or their health professional to initiate.

Income support is also means tested and much less generous. The study concludes that this inequity should be addressed, and that people who have an illness that stops them working need to be provided financial support and rehabilitation, similar to those who have been injured.

'Worker compensation' was assistance for injury at work. Prior to ACC, there was a right to sue for injury caused by negligence. Arguably, No Fault falls short.