Downfall of the Dainty Dairy 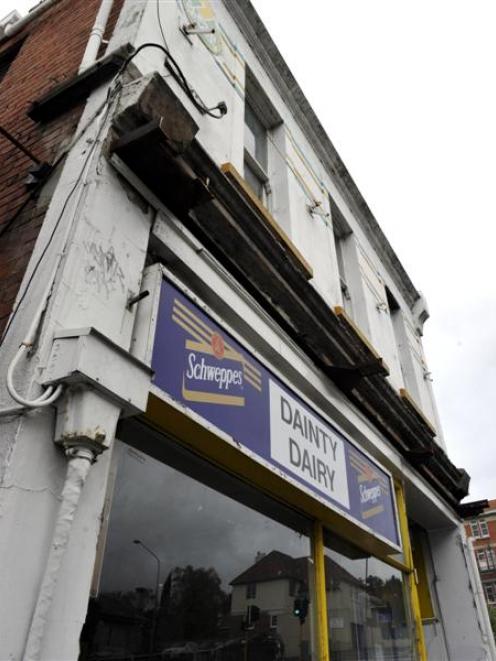 The Dainty Dairy. Photos by Gerard O'Brien.
For a brief moment, Moreen Hall was a media star. She was the Dunedin dairy owner who refused to sell cigarettes. But that decision proved to be just one more nail in the coffin of Dunedin's Dainty Dairy. Mark Price chronicles the downfall of a Dunedin institution.

When Moreen Hall took cigarettes off the shelf at the Dainty Dairy in 2007 the no-smoking brigade gathered round to congratulate her.

Smokefree Coalition director Mark Peck called for celebrations. The Asthma and Respiratory Foundation presented her with an award.

Public Health South said she "set an example" for other retailers. A Balclutha resident wrote to the Otago Daily Times saying Mrs Hall deserved three cheers. And they all hoped the "smokefree networks" of Dunedin would support her.

Three years later, in September last year, Mrs Hall walked out of the dairy with nothing. She is now on a sickness benefit.

Eighty hours a week selling soft drinks, lollies and chips to school children was nowhere near enough to keep her business afloat. 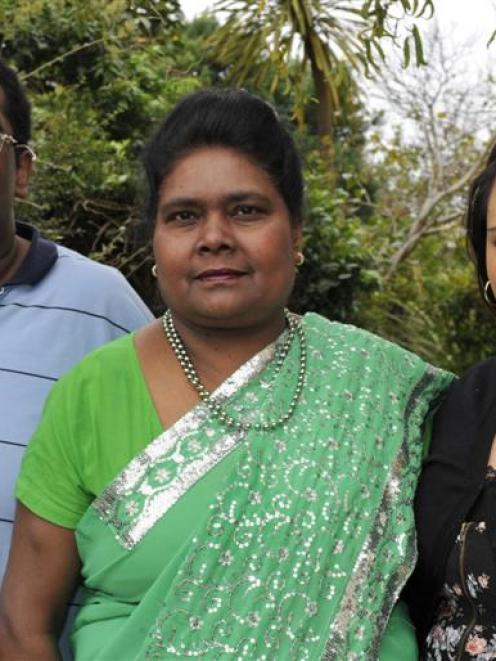 The Hall family, Thomas, Moreen and Christine came to Dunedin for an education and learned hard lessons at the Dainty Dairy.
And living over the shop, in a damp and mouldy flat was no way to maintain her good health.

Mrs Hall's three-year tenure was the Dainty Dairy's last. She advertised the business for sale but there were no takers.

The dairy's closure went virtually unremarked for six months until former customers were alerted in March by news the 100-year-old building was under threat of demolition - although, as yet, the council has received no application for a resource consent to demolish.

Mrs Hall's saga of misadventure began with the dream of a top-class education for her two children.

Born in Fiji, she married an Australian, William Hall, who had a job on the Snowy River hydro-electric system.

They had two children - Thomas (23) and Christine (21) - and bought a house in a small town near where Mr Hall worked and where other members of his family farmed.

But then came drought, forcing the farms to be sold and devaluing houses, such as theirs, in remote country towns.

Mr Hall died. Mrs Hall believes the stress of their deteriorating financial situation was the cause. 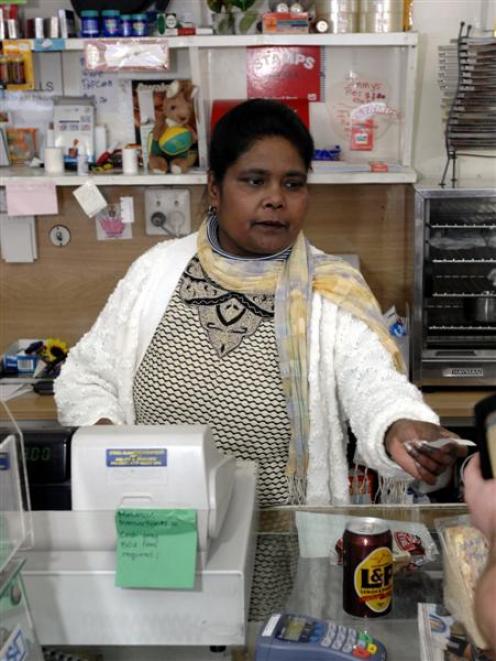 Moreen Hall in the dairy in 2007 after the decision not to sell cigarettes. Photo by Linda Robertson.
With her two children, Mrs Hall moved to Auckland where she lived with her brother and cared for him until he also died.

The move to Dunedin in 2006 followed and was simply a means of enabling Thomas and Christine to study at the University of Otago - just as Mrs Hall and her husband had talked about.

Thomas is studying dentistry and Christine pharmacy. Mrs Hall said they were both in their second year and doing well. She believed the Dunedin climate suited academic study while the heat of Australia was a distraction.

But, for Mrs Hall, the dairy business that was meant to support them brought nothing but trouble.

"This shop gave me hard times," Mrs Hall told the ODT in fluent but heavily accented English earlier this month.

Prior to buying the dairy in December 2006, Mrs Hall flew to Dunedin and spent half an hour looking it over.

Within hours she had paid $23,500 to the previous operator, Rayelyn Hodge, for the lease and the stock, and committed herself to paying a monthly rental of $1500 to building owner and landlord Lincoln Darling.

As well, she was responsible for insurance, rates and electricity.

But she had $60,000 in the bank, a new business and a place for her children to live while they studied. And, despite her Fijian upbringing, she even liked the Dunedin climate.

And then she put the Dainty Dairy on the non-smoking map by deciding not to sell cigarettes.

"The students are asking cigarettes and I didn't want to sell them.

"Why I will poison those children.

"If I would have selled cigarettes there I would have made money because 30-40 people, more than that, every morning they are coming asking for cigarettes.

"Some people swear. They say if you can't sell the cigarettes why have you got the shop?

"I didn't want to make money in poisoning some other children, eh. I like my children. So what about others."

Her plan was to expand the dairy into a takeaway shop selling Indian food including samosas, bajia and gulab jamun.

The dairy's kitchen was not up to the standard required by the council for commercial use so Mrs Hall set about planning a new kitchen she would pay for from her savings.

However, she was concerned about spending $45,000 on that project when water was coming through the roof and windows when it rained.

She described water running down the walls and pouring through the ceiling.

"We were getting sick. It was all getting mouldy and the wallpapers were coming down."

Her first landlord, Mr Darling, did order repairs to the floor and the roof. However, the dampness in the walls persisted.

Ms Calvert is an Act list member of Parliament and is married to Mr Broad.

Spectra, the property managers acting for Hills Creek, inspected the property in October 2008 and drew up a list of work that needed to be done - some by the landlord and some by Mrs Hall.

Mrs Hall claims none of the work to repair the leaks was done.

"I went to the man, the landlord and asked him to fix that thing up and he said 'I'm not going to put any money in there'."

The Citizens Advice Bureau approached Spectra on her behalf and according to its letter to Mrs Hall last year, was told the building owner was responsible only for structural repairs.

"They claim that they have replaced the roof and any leaks are your responsibility".

Mrs Hall was also behind with the rent.

Her lease ran until 2014 but the landlord offered her the chance to "walk away" without penalty.

Mr Broad said, when approached by the ODT, he would not "bag" Mrs Hall by discussing the failure of her business, but his company did support her "until it wasn't working for her either".

He said repairs were done but "the building was pretty much beyond hope when we purchased it".

Mr Broad sympathised with Mrs Hall but believed the Dainty Dairy, "like most corner dairies", had ceased to be viable.

He agreed she had been "caught out" by getting into the dairy but his company had been "pretty gentle with her in all respects".

The dairy is now empty and unlikely to reopen. Parts of the building have been demolished for safety reasons.

Mrs Hall and her children have found a house to rent nearby and she has not given up on her dream of introducing to Dunedin the style of Indian food she specialises in.

She is hoping for space at the new South Dunedin farmers market when it gets off the ground and she would like to set up a $30,000 food caravan so she can operate near the university.

But, being on a sickness benefit of $200 a week and with no savings, she did not know how that might happen.

"I can't borrow money from the bank because I'm not working.

"It's very much a shame I am on the benefit at the moment.