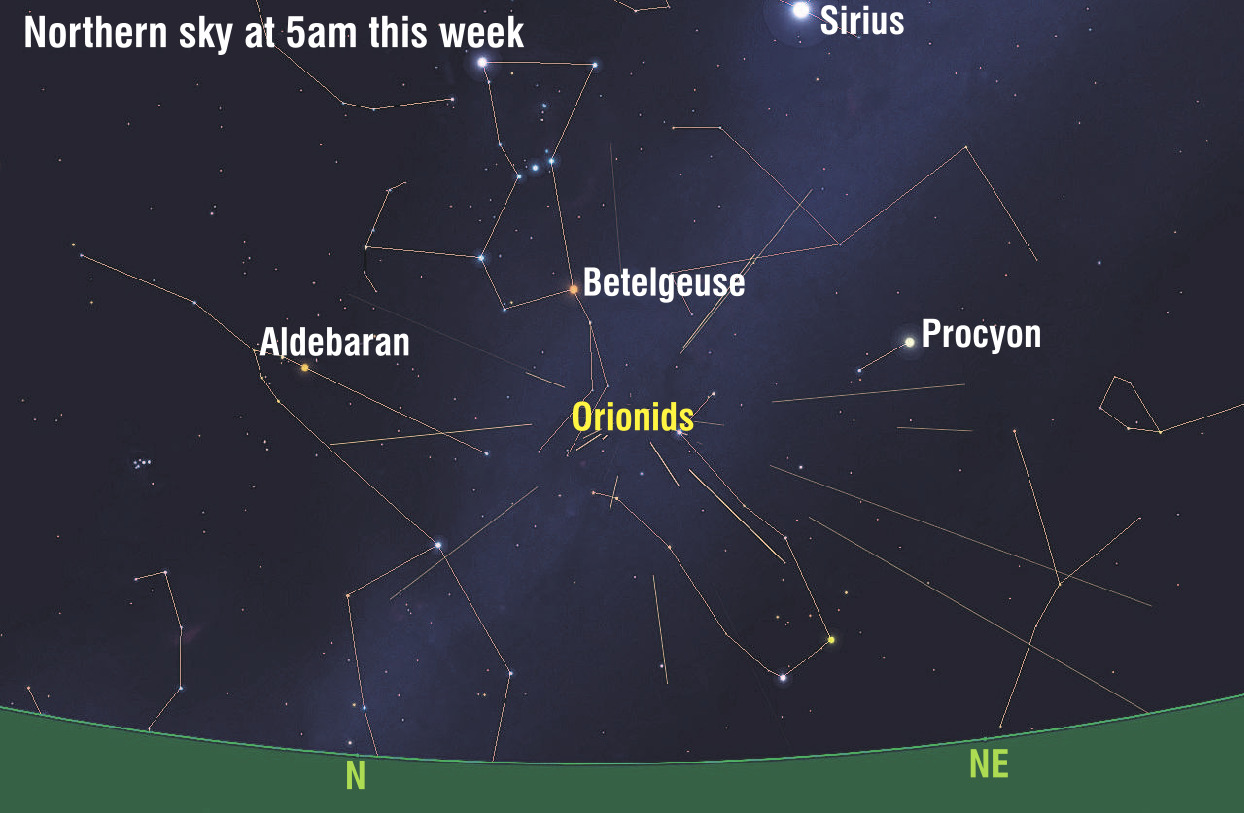 IMAGE: SUPPLIED
The moon was new just after 8.30 Saturday morning.

This means that our closest celestial neighbour's beautiful waxing crescent graces the western sky for a few hours after sunset. With the moon setting about midnight, the sky is darkest in the early morning hours.

This is terrific news for stargazers, as conditions will be close to perfect to view the Orionid meteor shower, which reaches its peak midweek.

If the sky is clear, anyone who gets up early on Tuesday, Wednesday or Thursday is in for a real treat!

Meteor showers are tremendous fun. All you need to enjoy the show is a deckchair, a warm blanket and a functioning set of mark one eyeballs. You also require sufficient enthusiasm to get up well before dawn and a location well away from city lights. Once you have done this, sit back, look up and revel in the cosmic firework display!

Meteors, sometimes called shooting stars, are brief flashes of light in the night sky. These flashes are made by tiny particles of dust burning up as they enter Earth's atmosphere at high speed. On an average night, you might spot several meteors per hour as our planet encounters randomly distributed dust particles. However, at certain times of the year, as it orbits the sun, Earth passes through relatively dense dusty debris left by comets. When this happens, the number of meteors increases dramatically. This week we are traversing the thickest part of an ancient trail left by Comet Halley. As a result, astronomers predict as many as 20 meteors per hour in the run-up to dawn.

Because the particles of cometary debris travel in parallel paths as they orbit the sun, they seem to appear (or radiate) from a single location in the sky. This radiant point is a perspective effect, similar to railway lines converging at a single vanishing point when viewed from the middle of the tracks.

For this week's meteor shower, the radiant is in the constellation Orion, so the flashes of light we see in the sky are called the Orionid meteors. Happy meteor hunting!