A great tape mix up 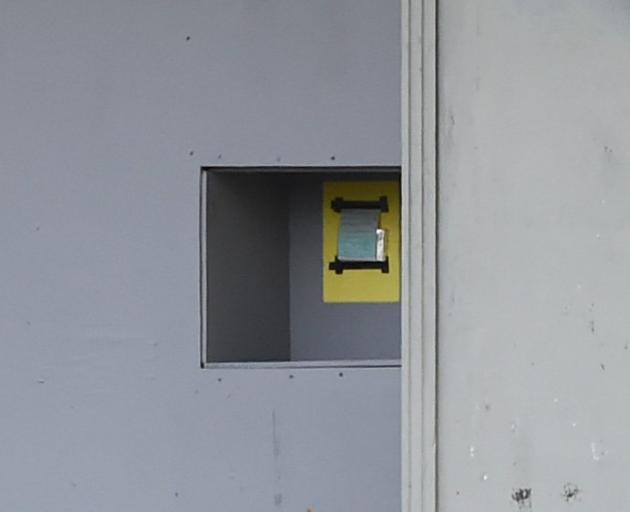 A poem and cassette taped next to an abandoned building, next to the Moray Pl Post Office. Photo: Gregor Richardson
In June this year, an internationally recognised local sound artist grew tired of asking for money for his works and decided to give them away.

He was inspired by local photographer and musician Lance Strickland who, the month before, had posted his photos around Dunedin for the public to take. The sound artist planned to do something similar with his latest work.

The work was a music piece and a poem. It tried to capture the feelings of the disenfranchised, people who are homeless, people who feel ignored and abandoned by the system. People who have ``nothing left to lose''.

He typed each poem individually on to pages of an expired passport. The poems were then attached to cassettes that contained the music component: a harsh and abrasive soundscape, layers of distorted guitar with repetitive phrases desperately trying to fight through the noise.

Ten lucky members of the public found the intriguing packages and took them home. One of the works, in Stuart St, was reported to the police as being suspicious, so the responding officer simply removed it and closed the case.

Unfortunately, nobody got to enjoy the last three. Another work was reported as suspicious days after the first, and this time the police response was to cordon off the area, fly in the bomb squad from Christchurch and blow it up. They then deemed it necessary to search the artist's house and seize his typewriter. In his interview with the police, he explained the intention behind the work.

A few days later they issued him with this charge: ``Without lawful excuse and without claim of right, knowing a letter to contain a threat to damage property, namely a building, office and house, secured the said letter to 318 Moray Pl and caused the said letter to be received by members of the public.'' The maximum penalty attached to the charge was three years in prison.

The basis of the police prosecution was that the note contained a threat to damage property, specifically the line ``I will firebomb your house and car'', which, when taken literally, does sound like a threat. In the context of the artwork, however, said by someone with ``nothing left to lose'' and anger towards those who do, it serves its artistic purpose of portraying the frustration many homeless people feel.

In court last Friday, a full gallery of artists and musicians watched on. Eventually, the judge dismissed the charge, ruling that context mattered and within that context the words did not constitute a threat.

My issue is not with the initial response to the ``bomb''. I can understand the reasoning behind treating all threats as serious, although it gets a bit murkier when you consider the fact that a previous identical ``threat'' was not considered serious.

My issue is with the fact that they chose to pursue criminal charges for what was essentially a misunderstanding. They could have engaged with the work and tried to understand it; instead they prosecuted.

Why? I have no idea, but I'm glad justice prevailed. Hopefully this resolution will help make Dunedin a city where artists can, as the Dunedin City Council arts and culture strategy states, ``take risks and bravely champion artistic experimentation that pushes boundaries'' without risking a lengthy and expensive court battle.

You would think, as a misunderstood Dadaist, that I would concur. Yet, I find myself slightly conflicted, Fraser. Public Art must push boundaries, but must it also disrupt non artistic life? I understand there was public concern around Moray Place, possibly building evacuation. That makes it 'guerilla' or agit prop.

Anyhow, they don't have Brittany Wascznaec (School of Art, 2016) to remonstrate with any more.