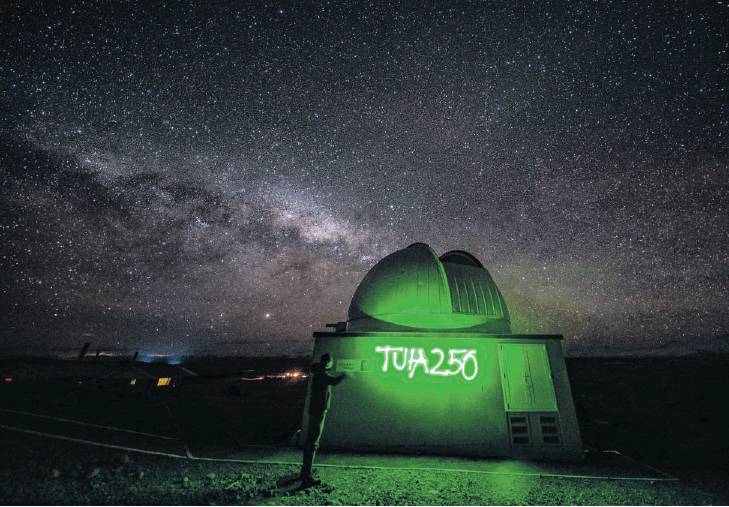 A high-school pupil at the University of Canterbury’s Mt John Observatory marks the Ministry for Culture and Heritage’s Tuia 250 anniversary celebrations of James Cook’s voyage to NZ. Photo: supplied
Earlier this month I spent two weekends at the University of Canterbury's Mt John Observatory. Unlike every previous visit, I was not there to carry out personal research, writes Ian Griffin.

Ian Griffin
Instead, as part of Otago Museum's ''Mercury Rising'' project (funded by the Ministry for Culture and Heritage's Tuia 250 initiative and the British High Commission) I was at the observatory to work with 12 high-school students, drawn from across New Zealand.

Mercury Rising is a national astronomy outreach effort. It culminates with a night-long public star party on Cooks Beach in Whitianga on November 12. We plan to observe a dawn transit of Mercury across the sun, 250 years and 2 days after Cook and his astronomer James Green observed a transit from the same location.

One element of the Mercury Rising Project is to recruit 12 high-school students and train them in astronomy, so they can help out during transit observations. For three activity-packed days and nights, the students got to live in the astronomers' quarters atop Mt John.

They learned how to use one of the large telescopes, and, when the sky was clear, they got to take some phenomenally good photographs of distant galaxies and nebulae. Hearing the students' collective gasps of amazement as each new image appeared on the back of the camera they were using, was a joy to behold.

Two moments during the six nights I spent with the students proved inspirational. The first occurred at 2am on a wonderfully clear night. I was tending a camera when, suddenly, beautiful music and song emerged from inside the observatory dome.

One of the students had produced a ukulele and had persuaded her colleagues to join her in song, creating a wonderful soundtrack to a starry alpine backdrop.

A second moment of inventiveness occurred when I invited the students to take some astronomical photographs under beautiful Mackenzie skies.

Unbeknown to me, one student had ''borrowed'' my laser pointer. This week's picture is proof positive (if you need it) that there's still incredible creativity in the next generation. It gives me hope for the future! 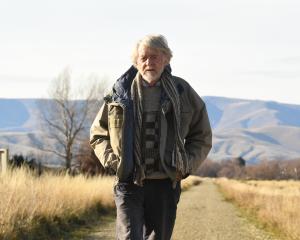