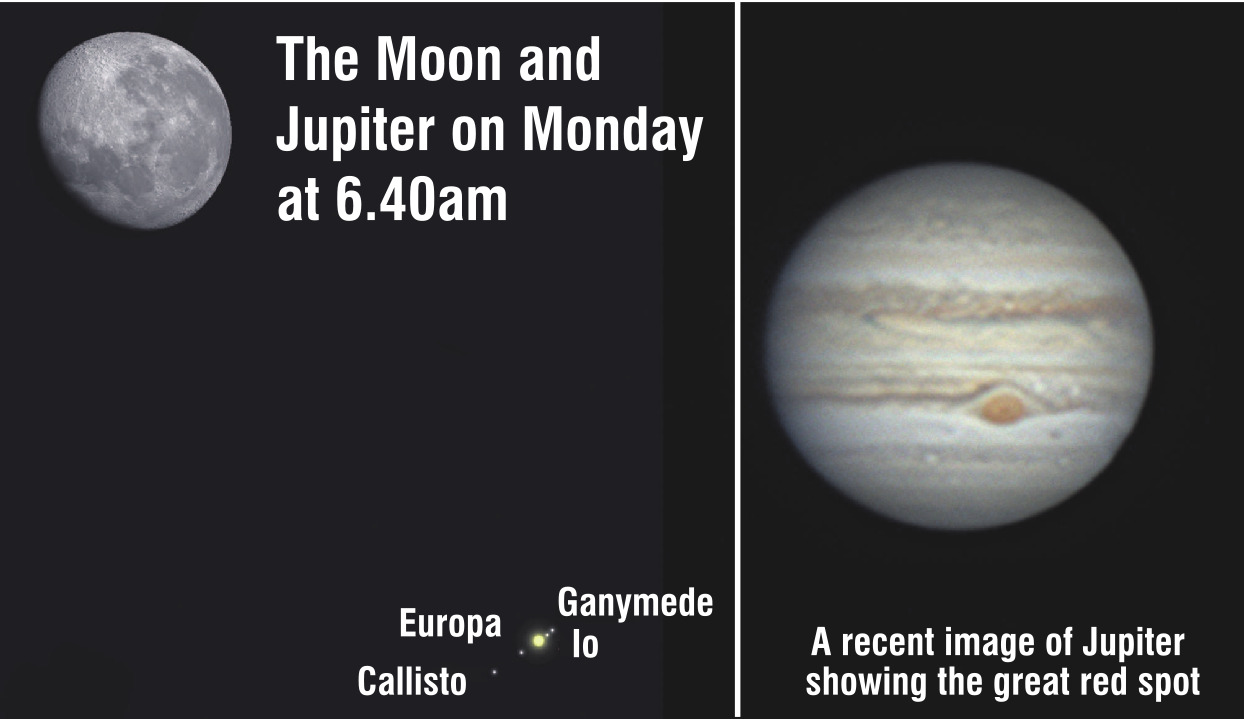 Images: Supplied
For the past few weeks, I have had enormous fun observing Jupiter, Saturn and Mars, all of which are high in the sky in the run-up to dawn. While getting out of bed at 4am can be a bit tiring, any fatigue instantly evaporates when I turn my telescope towards these fascinating planets.

Each planet rewards close attention. At the moment, Saturn's rings are "wide open", which makes for breathtaking views. Although Mars is still months away from its closest point to Earth, even a small telescope reveals the planet's polar cap as a bright white spot.

Despite the attractions of Mars and Saturn, it is Jupiter that I find most fascinating to observe. Jupiter is the fastest-rotating planet in the solar system, with a "day" lasting a mere10 hours. This means that throughout a single night, it's possible to see stunning details — such as spots and festoons — appear on one limb, parade one after another across the disc of the planet before rotating out of view.

The granddaddy of all Jovian features is a massive anticyclonic storm called the Great Red Spot. Larger than Earth (it’s the most enormous storm in the solar system), this vast high-pressure region has been raging in Jupiter's atmosphere for centuries. Spotting "the spot" is a highlight of any observing session. If you do have a telescope, it definitely should be on your celestial bucket list.

If you want to see the great red spot, this week, it crosses Jupiter's centreline at 4am tomorrow, midnight on Monday, just before 6am on Tuesday and at 1.45am on Wednesday.

I will certainly be watching out for a close approach between the waning crescent moon and Jupiter before dawn on Tuesday. Both will be high in the western sky.

At the time of closest approach, Jupiter and the moon will be separated by less than two degrees. If you own a pair of binoculars, in addition to the moon, you will be able to spot all four of Jupiter's major moons in the same field of view.