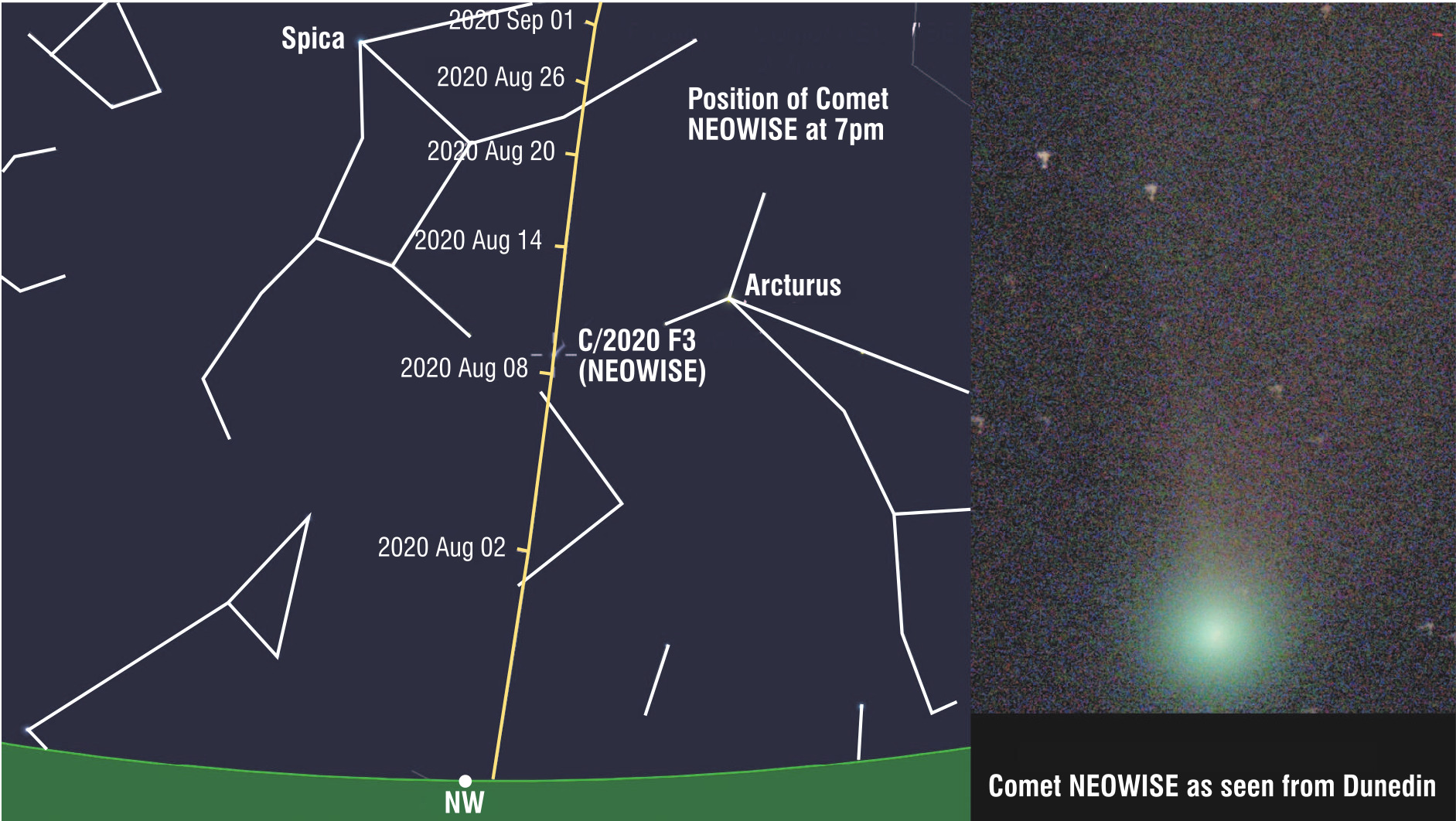 A couple of weeks back, I encouraged you to find a relatively bright comet named C/2020 F3 NEOWISE, writes Ian Griffin. 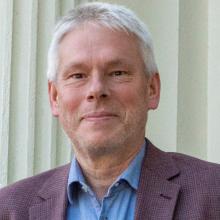 Ian Griffin. Photo: Otago Museum
This cosmic dirty snowball had been putting on a super show in the northern hemisphere. It was just about to become visible in southern skies, but unfortunately there’s been a run of really cloudy weather in Dunedin.

Last week, light from the full moon also made the comet hard to find. Despite annoying lunar illumination, I finally managed to spot NEOWISE on Monday night.

Although cloudy in Dunedin, satellite images showed a small ‘‘hole’’ in the clouds near Middlemarch.

I packed my camera kit and headed out on a comet quest. As you can see from the accompanying picture, the comet was quite easy to find with binoculars, despite bright moonlight. Better still, images taken with my hastily set-up camera revealed a lovely tail.

With the moon reaching last quarter on Wednesday, the early part of the night will be really dark. The next few nights are the perfect time to spot Comet NEOWISE against a dark, starry backdrop.

The comet is fading rapidly as its distance from Earth increases. Remember, it is going to be more than 6000 years before the comet returns to the inner solar system, so if you want to spot it, now is very much the time!

Our chart shows the comet’s position over the next few weeks. While the comet may just be visible to the unaided eye, you will almost certainly need a pair of binoculars to locate it.

Tonight at 7pm, the comet is roughly 30 degrees above the northwestern horizon. It is in the constellation Coma Berenices. Although quite small, Coma is quite easy to find between and beneath the bright stars Spica (in Virgo) and Arcturus (in Bootes).

If you want to take a photograph of the comet, you will need a camera capable of taking long exposures. You will definitely also need a tripod. Focus carefully on the stars and experiment with exposures between 5 and 30 seconds.