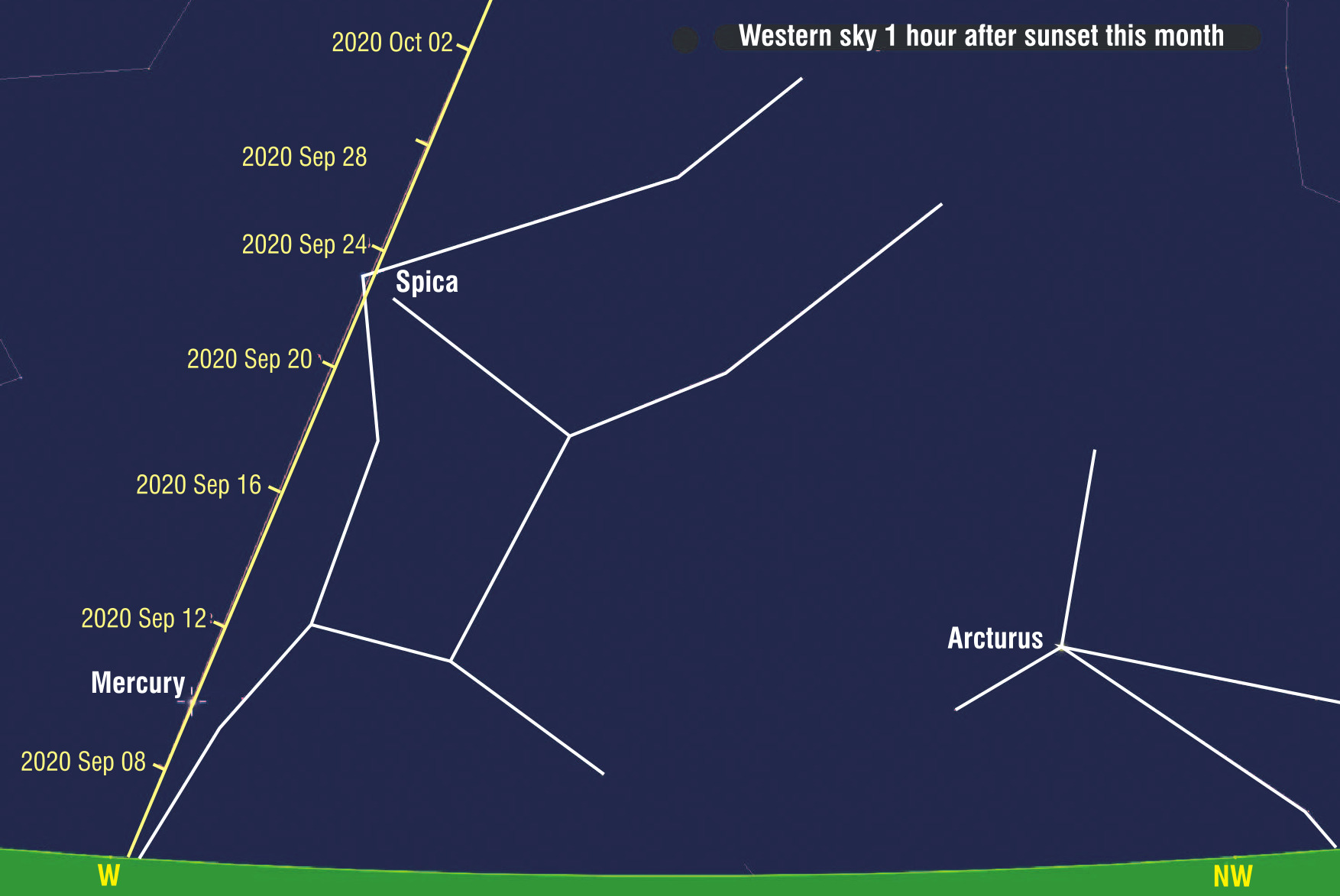 Western sky one hour after sunset this month.
The moon reaches the last quarter phase at 9.26pm on September 10. This means moonlight will be absent for the early part of the night, making the hours between sunset and midnight prime time for astronomy. That’s great news because there’s a lot to see this month, with Jupiter and Saturn putting on a fine display. They are high in the northeast as the sky darkens.

While it is always well worth looking at this pair of gas giants, the elusive Mercury can also be seen with the naked eye if you know where to look.

The next few weeks are the best time this year to spot Mercury. Known as Whiro to Maori stargazers, the innermost planet never gets more than 30 degrees away from the sun. To see it, you need to find a location with an unobstructed view to the west and get there just before sunset. Mercury is easy to see even in a light-polluted area. If you have binoculars, they will help you find it slightly earlier than if you use your eyes alone. While the planet usually looks white, when low in the sky it can appear somewhat pink. Mercury is moving through a region of the sky that is devoid of bright stars, making it easy to locate.

In September, as its elongation from the sun increases, the planet will climb higher in the sky.

This week Mercury is roughly 5 degrees above the horizon an hour after sunset, setting just before 8pm. By the end of September, the planet’s altitude will increase to nearly 20 degrees, and it won’t set until after 10pm. On the night of September 22, Mercury will appear very close to Spica, the brightest star in Virgo.

Through a telescope, Mercury resembles a tiny gibbous moon. It is roughly 192,000,000km from Earth this week. When gazing at the planet, the light you see, travelling at the speed of light (300,000km/second) has taken more than 10 minutes to reach your eyes.