Oeno: What we don't know 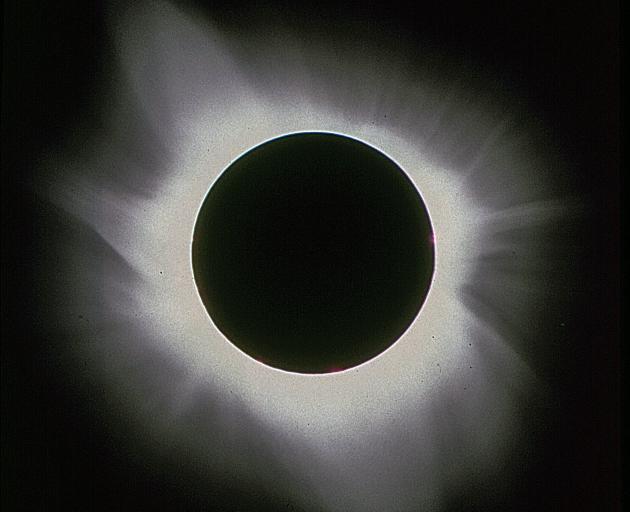 The total solar eclipse witnessed on July 11, 1991, from a location in Baja, California. Photo: Ian Griffin
If my calculations are correct and my assumptions about the time the average ODT reader rises from their slumber on any given Wednesday are accurate, I'd like to ask you to consider doing me a favour as you read these words.

Please cross your fingers and send some good-luck thoughts in a generally northeasterly direction. That's because, while you enjoy your breakfast, I, along with roughly a dozen other intrepid astronomers, will be enjoying the climax of a total solar eclipse on a remote coral atoll over 5700km from Dunedin. The eclipse is not visible at all from New Zealand.

Ian Griffin
The atoll is called Oeno and is approximately 5km across, although there are only about 120 acres of land, none of which is more than 5m above sea level.

Oeno is part of the Pitcairn Island Overseas Territory and gets its name from an American whaling ship, Oeno, which visited in 1824.

To get to this remote spot is an adventure in itself, incorporating flights to Auckland, Tahiti and Mangareva, followed by a 36-hour trip from Mangareva to Oeno on board MV Silver Supporter, the Pitcairn Island Government's freighter.

If weather conditions allow, our team will cross the reef and set up telescopes and cameras soon after first light. The eclipse begins at 5.06am (Dunedin time) when the dark lunar disc first takes a bite out of the sun. Over the next 70min, the moon will cover more and more of the sun, until at 6.24am the sun will be entirely eclipsed.

For the next 170sec, I will enjoy one of the most amazing sights in nature, when day is transformed into night, and the brighter stars become visible. I am particularly looking forward to seeing the solar corona, the beautiful ghostly outer atmosphere of the sun.

The last time I witnessed a total solar eclipse was July 11, 1991, from a location in Baja, California. I hope this week's picture, which I took during that eclipse, helps explain why I am so keen to see another!