The next full moon occurs at 6.48am on Tuesday, March 10. A couple of days beforehand, Otago stargazers can enjoy a rather magnificent event that will be over in less time than it takes you to blink, writes Ian Griffin.

Over the course of a month, the moon's journey around the sky means that it sometimes passes in front of a star, causing it to disappear. Astronomers call this an occultation. While occultations aren't rare, they are enormous fun to watch, particularly if you have access to a telescope.

To ensure you don't miss the brief event, it is vital to have your equipment set up well beforehand. And, of course, pay close attention; if you blink, you may miss it! 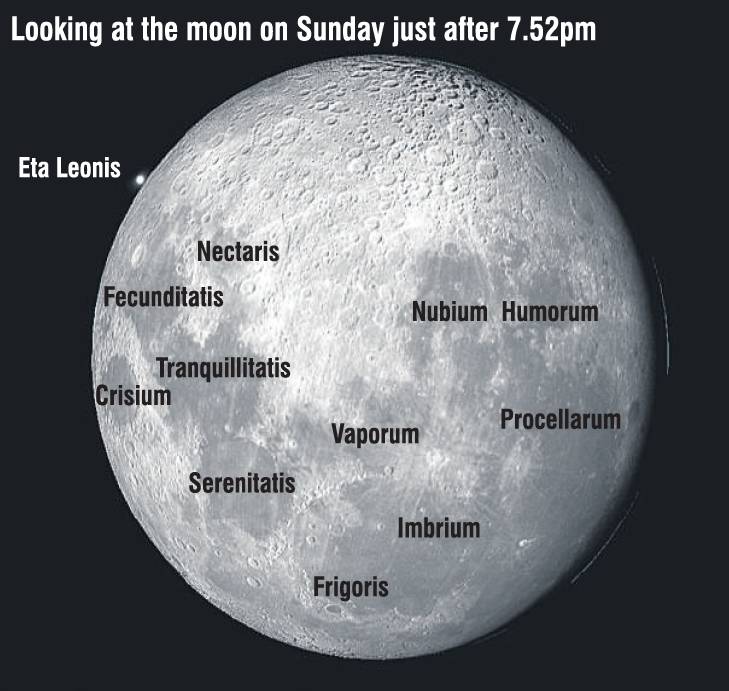 On Sunday, just as the moon is rising (in Dunedin, this is at 7.49pm in the ENE), it will pass in front of the star Eta Leonis. This disappearance will be extraordinarily difficult to see. This is because the moon will be very low. With the sun still above the horizon, the sky will also be bright.

Ambitious readers who want to try to spot the event will need to find somewhere with an unobstructed view of the skyline. As soon as you see the moon, look out for Eta Leonis. It will be very close to the right limb of the moon. From Dunedin it will disappear just after 7.51pm, with the moon at an altitude of under a degree.

Just over an hour later, at approximately 8.52pm, Eta will emerge from behind the left limb of the moon. The star will ‘‘blink’’ into view on the left-hand side of the moon. As the minutes pass, the moon's motion will slowly move it further away from the star.

With the moon over 96% illuminated, Sunday also offers an opportunity to explore some of the darker patches of its bright surface.

Ancient astronomers thought these dark areas were seas and oceans, which is why we call them Maria to this day. We now know that rather than oceans, these dark patches are vast basaltic plains formed by ancient volcanic eruptions.